Note: Attorney General Xavier Becerra's remarks begin at 2:07:00 in the video above.

California Attorney General Xavier Becerra says he will sue the Trump administration if it tries to declare a national emergency to build a wall along the Southern border.

“The idea of declaring a nonexistent state of emergency on the border … to pay for the wall is not only immoral, it is illegal,” Becerra said on Tuesday while delivering the Democratic Party’s Spanish-language response to the president’s State of the Union address.

The speech, which he gave from his high-school alma mater in Sacramento, aired on Telemundo and Univision minutes after Trump completed his speech. Becerra spoke directly to his experience as the son of immigrants.

“My parents began their life together in the United States for the same reason that many other families come: to work hard and give their children a better life,” he said in Spanish. 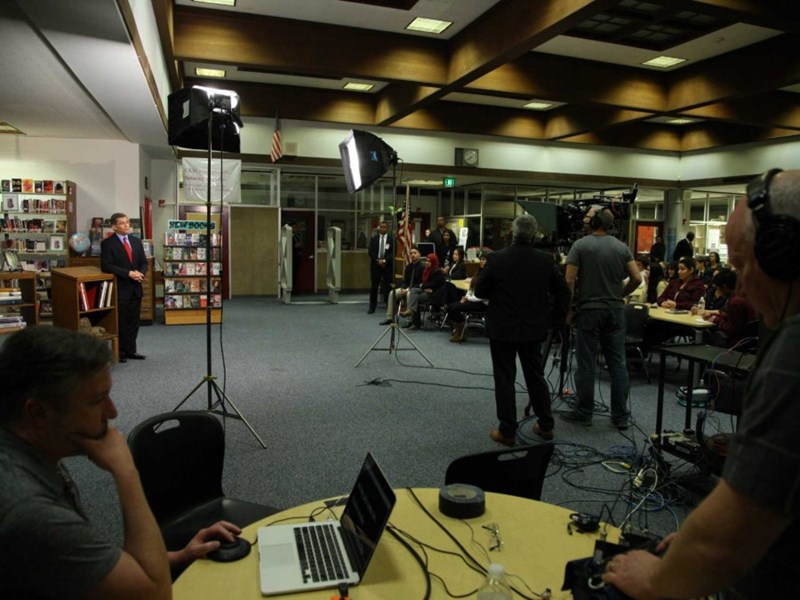 Becerra added that he was “the product of those who fought to open the doors of opportunity,” a direct response to Trump’s hard-line immigration rhetoric during his address.

A Democratic response in English was delivered by Stacey Abrams, who narrowly lost the governor’s race in Georgia last fall.

Becerra’s message appealed directly to Hispanic voters. “With your votes, last November, you changed the composition of Congress,” he said. “Now, [Trump] has to learn how to govern in a democracy.”

Opposition parties giving an official response to a president’s State of the Union address is not uncommon. And it’s not the first for Becerra, either. In 2007, the then-congressman delivered a recorded response to former President George W. Bush’s State of the Union address. He pushed for a reduction in prescription drug costs, more access to health care and immigration reform. 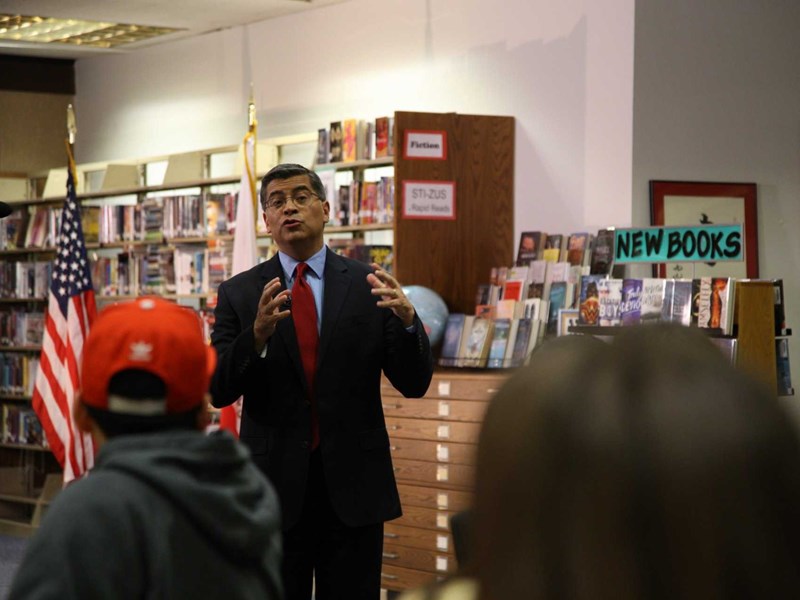 Becerra, the first Latino to hold his position, has filed more than 100 legal actions — including 45 lawsuits — against the Trump administration, attacking the administration on issues including education, health care, the environment and immigration.

Becerra has been a fierce advocate for immigrants. In September 2017, Becerra sued the Trump administration for it’s proposal to build a wall at the U.S.-Mexico border, alleging it didn’t comply with environmental laws. A judge later ruled against the state

House Speaker Nancy Pelosi and Senate Minority Leader Chuck Schumer said in a statement that Becerra was picked because he is a “towering champion of equal justice” and defends Americans from “the Trump administration’s harmful and divisive attacks.” 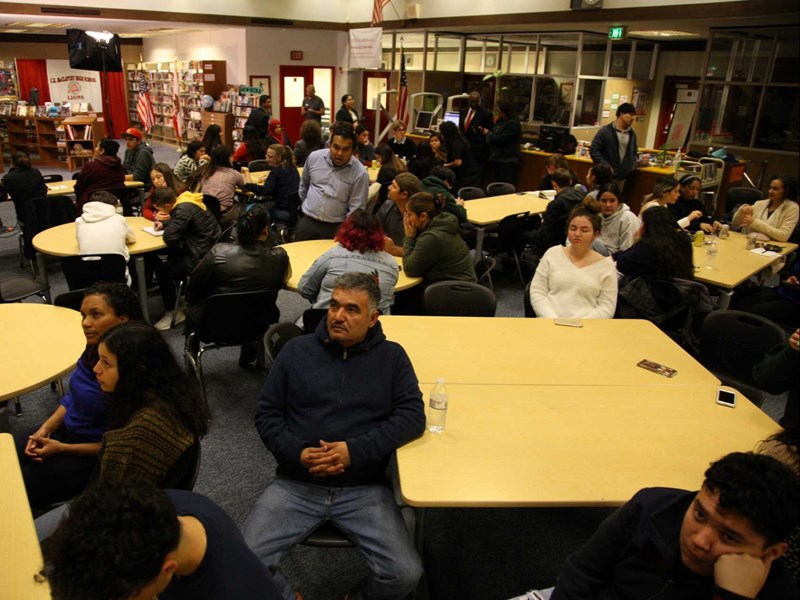 People gather to watch President Trump's State of the Union address and the Democratic responses at McClatchy High School in Sacramento, where California Attorney General Xavier Becerra delivered his remarks.Andrew Nixon / Capital Public Radio
Follow us for more stories like this