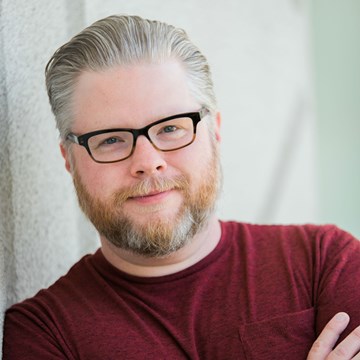 Kevin Doherty has dedicated much of his life to making classical music a more personal and accessible experience for audiences. Before he started doing this on the radio, Kevin shared his passion for music on the operatic stage. During his nearly two decades as a professional opera singer, he has performed in over 30 different productions across the country, appearing with the Asheville, Shreveport, and Knoxville Operas, among others.

In 2013, Kevin decided to take matters into his own hands and started an opera company called Marble City Opera, which produced shorter and smaller scaled works in unique spaces across Knoxville, Tennessee.

It was while living in Knoxville that Kevin got his start in radio, hosting the weekend classical music program Early Morning Concert on public radio station WUOT.  Kevin also hosted All Things Considered and filled in frequently on Morning Edition.

A native New Yorker, Kevin received his bachelor's degree in music from Ithaca College.  He also spent time in the hospitality industry as a food server, bartender and restaurant manager. And that might just be what makes Kevin such a genial host on CapRadio!