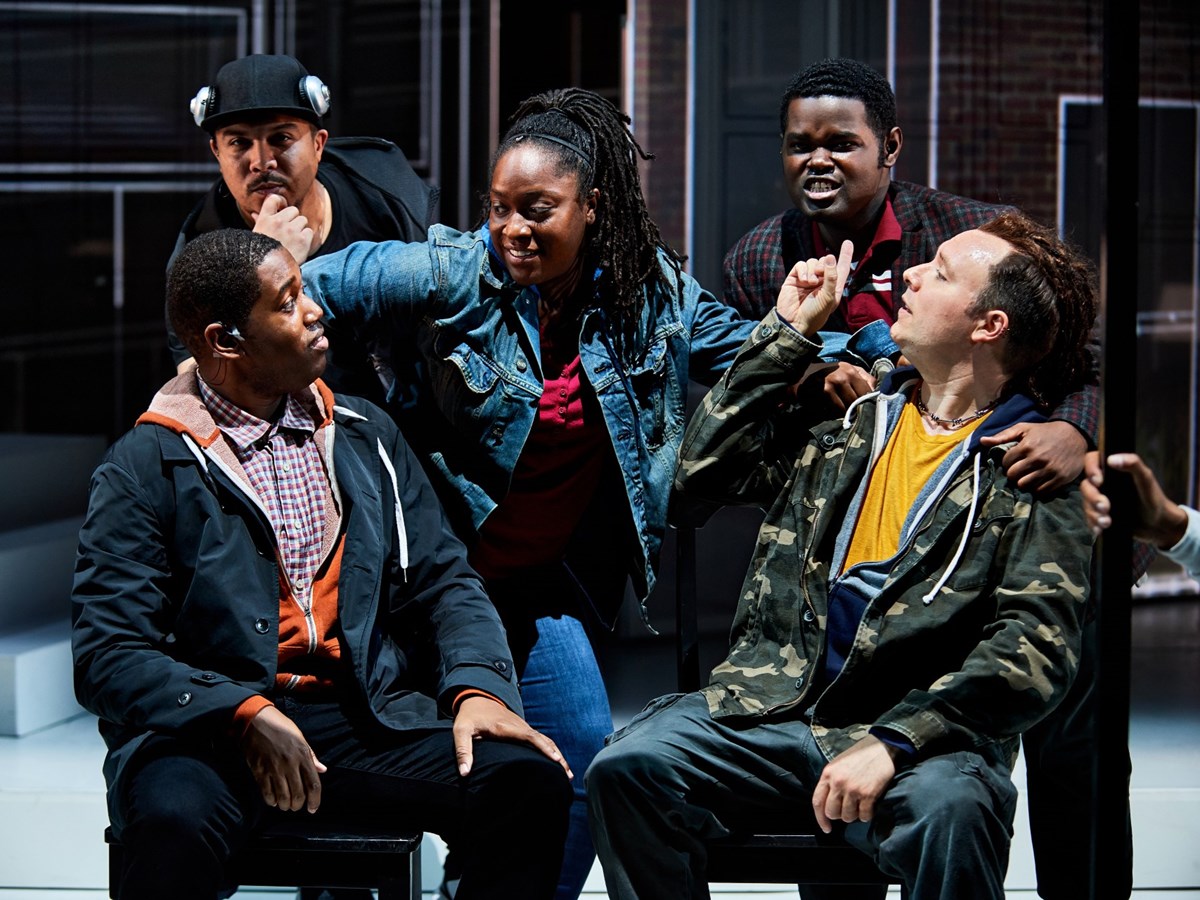 The American classical music vernacular would never be complete without the catalogs of great composers like William Grant Still, Florence Price, and George Walker.

But even so, Black voices have been underrepresented and under-highlighted in American classical music since American composers gained a foothold in the 20th century.

As CapRadio continues to increase the number of composers of color from the past we feature on our airwaves, I think it is also all too important to take a look toward the next generation of Black composers.

Here are some of today’s composers who will continue to carry the torch of their predecessors by sharing their experiences through music.

As a violist, Nokothula Ngwenyama gained worldwide attention at just 16 years old after winning the Primrose International Viola Competition. As a composer, her music has been said to have a “bold, mesmerizing character,” and she’s been called a “poet of sound.”

Ngwenyama wrote the piece “Sonoran Storm for Viola and Orchestra” in 2016. This vibrant and jovial piece is awash with soaring melodies in the solo viola while the orchestra provides a vivacious accompaniment rooted in African Dance. There is currently no recording of this performance on the market, so we’ve included the song from her SoundCloud. I have a feeling this piece will make your day.

Valerie Coleman is one of the most performed composers today. She was named Performance Today’s 2020 Classical Woman of the Year and was dubbed one of the 35 Top Female Composers in all of classical music by the Washington Post in 2017.  Her unique style is almost immediately recognizable, infusing elements of jazz, blues, and other musical forms into her works.

I’ll use Coleman’s own words to introduce you to her piece “Red Clay & Mississippi Delta.”

“‘Red Clay and Mississippi Delta’ is about my mother’s family and the Delta region from which they hail... From juke joints & casino boats, to Uncle Bilbo’s moonshine, hot tamales and kinfolk’s skin that looks like it’s drawn directly from the Mississippi River’s red clay. The clarinet solo of the beginning represents ‘Big Mama,’ the matriarch of the family, while the bassoon solo is my take on that ‘Bible thumping’ relative that everyone has in their own family.”

Jessie Montgomery is a highly sought after, award-winning composer well-versed in classical composition who infuses elements of popular and folk forms, improvisation, language, and social justice into her work.

Her 2013 string quartet composition “Source Code” came from Montgomery’s desire to capture the essence of 20th century Black artists like Langston Hughes, Alvin Ailey, and Ella Fitzgerald. At its core, though, this somber elegy is evocative of an African-American spiritual melody, a form which Montgomery says plays a significant role in the fabric of much of today’s popular music.

The opera “We Shall Not Be Moved” opened to critical acclaim in 2017 as part of Opera Philadelphia’s inaugural O - Festival, which supports new works and innovation in opera. The opera gets its name from the spiritual turned Civil Rights anthem, as well as from the Philadelphia-based Black liberation group known as MOVE.

MOVE fell victim to a 1985 bombing that killed 11 people and destroyed 62 homes in the surrounding neighborhood. The opera takes place 35 years later. It centers around five teenagers who take refuge in the abandoned MOVE headquarters in West Philadelphia and are visited and inspired by the ghosts of those killed in the tragedy.

Daniel Bernard Roumain, who is known for his genre-bending compositions utilizing electronic, urban, and African-American influences, says he “drew on everything from Bach to Gladys Knight to Eminem....’”

There is no recording of the opera to date and I can hardly do the work justice here, but enjoy this clip and dive, without fear, down the rabbit hole. You won’t be disappointed.

Carlos Simon is an Atlanta-based composer who often draws inspiration from jazz, gospel, and neo-romanticism. Simon is one of the recipients of the 2021 Sphinx Medal of Excellence recognizing extraordinary Black and Latinx classical musicians.

Simon’s meditation “Be Still and Know” was written in 2015 for piano, violin, and cello, and put simply, it’s a beautiful, life-affirming piece. Simon says he was inspired to write this piece after reading an interview with Oprah Winfrey in which she’s quoted as saying:

“I have felt the presence of God my whole life. Even when I didn't have a name for it, I could feel the voice bigger than myself speaking to me, and all of us have that same voice. Be still and know it. You can acknowledge it or not. You can worship it or not. You can praise it, you can ignore it or you can know it. Know it. It’s always there speaking to you and waiting for you to hear it in every move, in every decision.”

“The Grey Land” by Joseph C. Phillips is an all hands on deck, multi-faceted opera. In its 65 minutes, the story follows a Black mother who longs to see a world that is free of the systemic injustices facing Black and brown communities.

The opening track, “Ferguson,” quotes Samuel Barber’s “Knoxville: Summer of 1915” and ruminates on what is considered to be the American ideal. The elegy is serene and yearning, but there is an ambiance of something ominous at work. As the aria continues, the scene shifts to a narrator’s account of the tragic shooting of Michael Brown Jr. in Ferguson in the summer of 2014. The piece juxtaposes the events of that horrifying night with a mother’s longing dream.

Allison Loggins-Hull — “Have and Hold” — Performed by Nathalie Joachim

Allison Loggins-Hull is one half of the flute and electronics duo Flutronix with Nathalie Joachim. The two have been credited with redefining the instrument as well as “modernizing its sound by hauling it squarely into the world of popular music.” Similarly, Loggins-Hull’s compositions combine a variety of sound worlds to appeal to a wider swath of audiences.

Loggins-Hull has this to say about her recent commission for the Library of Congress’ Boccaccio Project in response to the coronavirus pandemic:

“‘Have and Hold’ reflects the desire to be near others during an extended period of social distancing and isolation. Personally, I have realized that being around people and experiencing life with them not only brings me great joy, but fuels my energy, creativity, and spirit.”