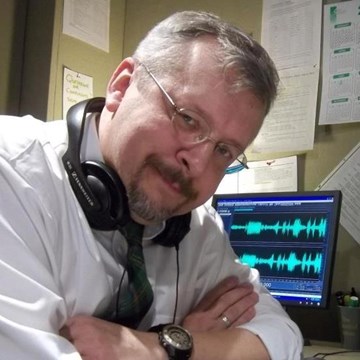 Kent Teeters began his public radio involvement during his previous career as a music teacher. He was a phone volunteer during pledge drives and later volunteered as a part-time announcer for a local public station in Quincy, Illinois. From 1995-2000, he was music director and then program director for public radio WNIN-FM, a small, award-winning station in Evansville, Indiana.  Before coming to Capital Public Radio, Kent served as music director for WGUC in Cincinnati from 2000-2007. He is the 1997 recipient of Public Radio's National FLO Award as Best Announcer.

"One of my earliest memories is of listening over and over to an LP from Al Hirt and Arthur Fiedler called 'Pops Goes the Trumpet.' A really wild reading of Haydn's Trumpet Concerto was on that disc. Also, in the 60's my parents would take me from our little town to the big city of Indianapolis where the large department stores would give marionette shows accompanied by classical music. I'm forever grateful to my parents for exposing me to as much culture as they could find and afford."

In addition to traveling with his wife, reading, and occasionally picking up the French horn, Kent spends time cooking, collecting model trains, listening to music (of course), and enjoying the company of Sophie the Dog.