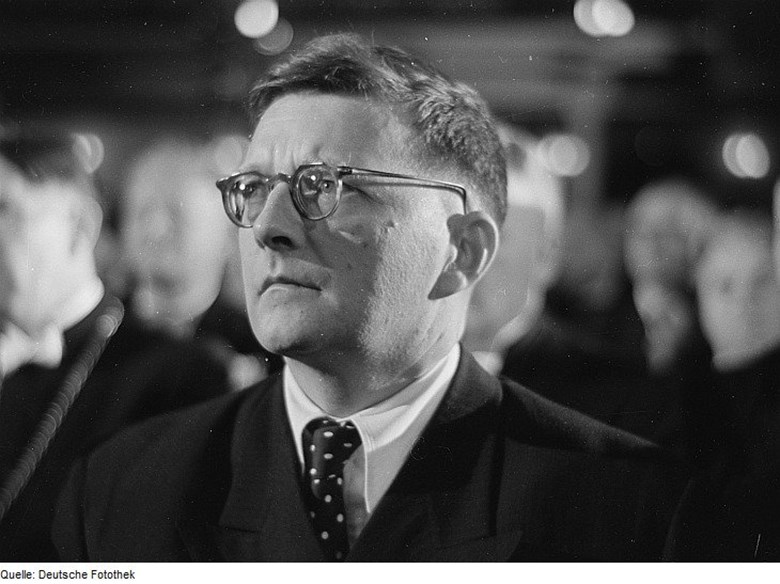 The symphonic language of Dmitri Shostakovich runs the gamut, from heroic to playful, passionate to provocative.  And since Shostakovich had promised that his forthcoming Ninth Symphony would be a large-scale work for orchestra, chorus and solo singers, a work in celebration of the greatness of the Russian people and the Red Army’s victory over the invading Nazis, you’d expect to hear a breathtaking, majestic composition.  That was also the sound Soviet leader Joseph Stalin expected to hear.  Imagine the surprise of Stalin and the Soviet critics when they heard what Shostakovich later called “a joyful little piece.”

About the Symphony No. 9 by Dmitri Shostakovich, conductor Mark Wigglesworth writes:

“Within a year of its première in 1945, Soviet critics censured the symphony for its ‘ideological weakness’ and its failure to ‘reflect the true spirit of the people of the Soviet Union.’  One described it as ‘old man Haydn and a regular American sergeant unsuccessfully made up to look like Charlie Chaplin, with every possible grimace and whimsical gesture.’  Others, in more private circles, understood ‘its timely mockery of all sorts of hypocrisy, pseudo-monumentality and bombastic grandiloquence.’ It was banned for the remainder of Stalin’s life and not recorded until 1956. Nor was the work particularly well received in the West. According to an American critic, ‘the Russian composer should not have expressed his feelings about the defeat of Nazism in such a childish manner.’”

“Old Man Haydn” is not a bad role-model to follow, and indeed Shostakovich’s Symphony No. 9 is often described as “neo-classical” in character. The music is jaunty and witty, and possessed of a sardonic sense of humor. It’s easy to imagine that Joseph Haydn, if faced with life under the thumb of Stalin, would also employ the same type of musical irony to express his individuality. Childish? Hardly. It takes a subtle kind of courage, a brave jester to poke fun at a brutish dictator.