Symphonic Sidebars: One Of The Best American Composers You've Never Heard Of 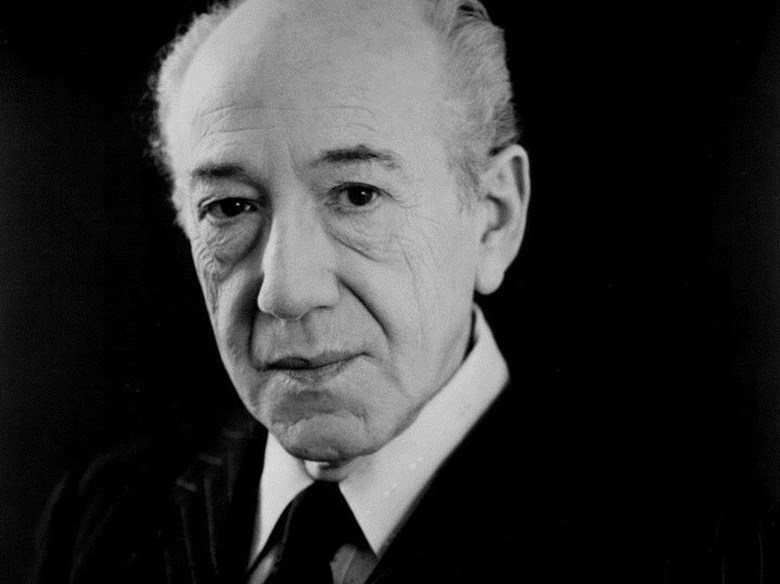 “Composers, like pearls, are of three chief sorts, real, artificial, and cultured. David Diamond is unquestionably of the first sort; his talent and his sincerity have never been doubted by his hearers, his critics, or by his composer colleagues.”- Virgil Thomson, The New York Herald Tribune

David Diamond (1915-2005) was certainly one of the most prolific American composers of the 20th century. He wrote several concertos (three are for the violin), many chamber music pieces including ten string quartets, numerous orchestral works and a total of 11 symphonies.

Here is his Symphony No. 3 performed by the Seattle Symphony Orchestra.

Born in Rochester, New York to Austrian-Polish Jewish parents, Diamond displayed a remarkable talent at an early age, playing the violin and writing music using a system of notation he thought up himself. When he was 12 he studied music theory and violin at the Cleveland Institute of Music’s prep school. He later studied at the Eastman School of Music, then at the New Music School with Roger Sessions and at the Dalcroze Institute.

The first of three Guggenheim Fellowships allowed Diamond to travel to Paris where he received instruction from Nadia Boulanger. While there he was exposed to the work of Igor Stravinsky, Maurice Ravel, Albert Roussel and other composers.

As a result of his time in Paris many of Diamond’s early compositions are a consciously American interpretation of a French style. He won the prestigious Prix de Rome, earned commissions from Dimitri Mitropoulos and the Koussevitzky Foundation, and a National Academy of Arts and Letters grant "In recognition of his outstanding gift among the youngest generation of composers, and for the high quality of his achievement as demonstrated in orchestral works, chamber music, and songs."

In 1995 Diamond was awarded the National Medal of Arts. He taught for many years at the Julliard School where Adolphus Hailstork, Lowell Liebermann and Eric Whitacre are counted among his students.

You may find David Diamond’s Symphony No. 8 a bit of a challenge.

The sound is at turns agitated, romantically brooding, somewhat intellectual and surprisingly consonant. It is worth noting that Diamond felt strong links to the romantic style of the past and that he eschewed the dissonant, atonal and serial methods of writing music that were in vogue during much of his life.

His refusal to embrace the prevailing modern style of composition, coupled with anti-Semitism, a self-described “difficult personality” and an openly gay lifestyle have been cited as reasons David Diamond’s music has been largely overlooked.

You can purchase it here.