In the fourth year without normal precipitation, California is seeing another complication of the drought as crews work to contain the Rocky Fire.

"Now, the conditions are so dry across California and especially in Lake County, that’s what’s making it challenging for our firefighters," says Daniel Berlant with Cal Fire. "We're now starting to see the fire actually create its own weather patterns. That means it's actually moving in different directions despite how the wind is blowing. And that adds to the challenge for us and that adds to the erratic nature of the fire activity."

Berlant says one way crews are working to contain the fire is with "firing operations."

"Putting fire on the ground, a controlled environment, where we can actually burn some of the fuel before the actual wildfire takes it," says Berlant. "That really takes a lot of the punch out of the fire, helping to slow it down and giving us a bigger line for us to really take a stand and stop the fire." 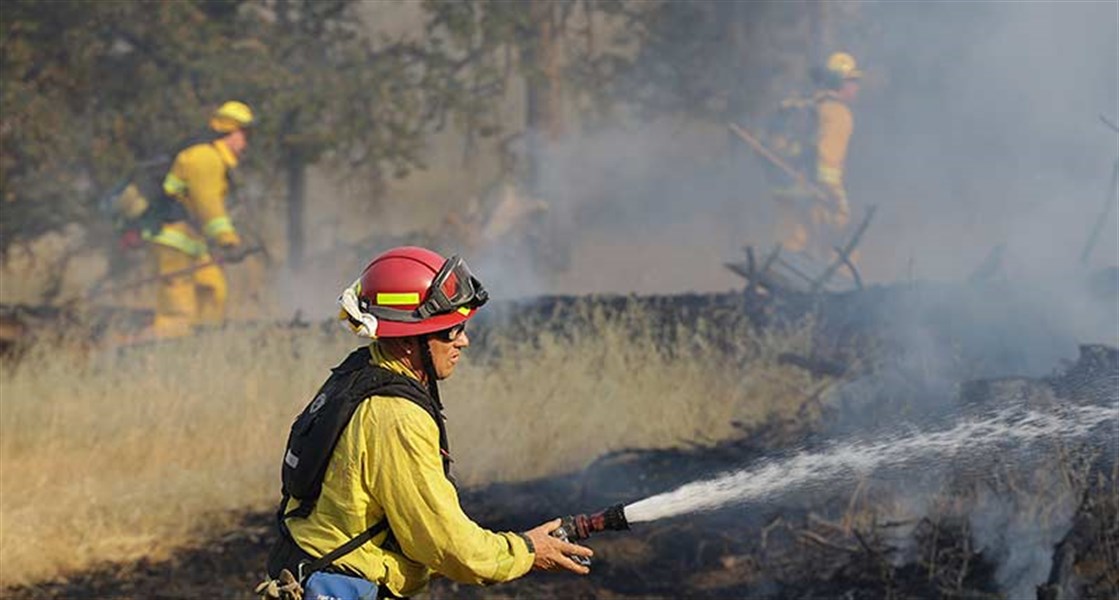 'We're serving a ton of coffee'

Despite the efforts of firefighters, homes have been destroyed in the Rocky Fire.

Stephanie Ramirez lives in Hidden Valley, not far from the fire, in the southern part of Lake County. She says her brother-in-law lost his ranch home.

"It originally started out by his house and then later in the evening it eventually took over his house, which is devastating," says Ramirez. "We got all of the animals off of the ranch luckily, and no one was hurt, so, something to be thankful for."

Ramirez works at Mugshots Espresso Drive Thru in Hidden Valley and says the business has been serving "a ton" of coffee to fire personnel.

"I've been seeing a lot of firefighters, even the helicopter crew, the sheriff has been coming through ... and they're exhausted," Ramirez says.