Fifteen months after the launch of its $64 million dollar facility at Fell and Franklins Streets, SFJAZZ celebrated with a black tie gala on May 16. Major donors, board members and patrons were treated to an evening of elegance culminating in a salute to 74-year-old jazz legend Herbie Hancock. 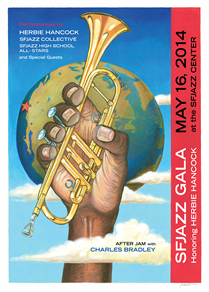 Prior to the evening’s extensive serving of world class music, guests were treated to specialty cocktails and exquisite hors d’oeuvres from local restaurants. I chose to hang at the bar of Charles Phan’s South at SFJAZZ with the best dressed man in attendance, Willie Brown. Patrons then adjourned to the 700-seat Robert N. Miner Auditorium. I know it sounds cliché, but there is truly not a bad seat in the (acoustically superb) house.

The SFJAZZ High School All-Stars opened the program with a spirited reading of Hancock’s “Eye of the Hurricane,” arranged by Bob Mintzer. Vocalist and flutist Elena Pinderhughes shined on Irving Berlin’s “Cheek to Cheek,” drawing praise from both Hancock and saxophone giant Wayne Shorter. Elena is an alumnus of the High School All-Stars and a musician to watch as the art form evolves.

The brilliant SFJAZZ Collective navigated through several Hancock classics arranged by Gil Goldstein. It was refreshing to hear tenor titan Joe Lovano back in the Collective mix, if only for the evening. Hancock then joined the Collective for a brilliant reworking of “Actual Proof” and two versions of Shorter’s “Footprints,” one of solo piano explorations another filled with beautiful ensemble work. I reflected back to the Center’s opening night, when Chick Corea had been featured with the SFJAZZ Collective. This band is worthy of mixing it up and drawing the best out of any living legend. 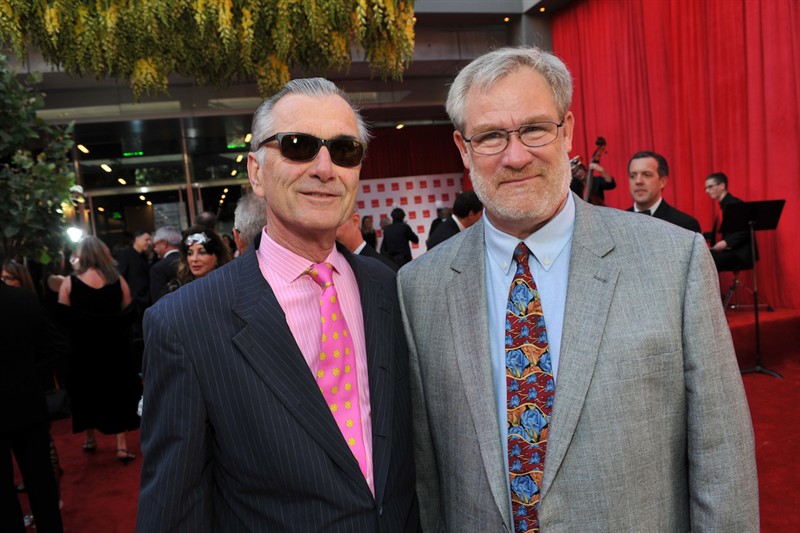 The evening’s high point came when Shorter gave an impassioned speech while introducing Hancock for his Lifetime Achievement Award. Wayne saluted Herbie for his humanitarian values, his work with UNESCO, and for his continuing encouragement to the next generation. In accepting the honor, Hancock said, “The values of jazz are the same values as being human. It’s about being nonjudgmental and sharing…It’s about being unafraid of the unknown!”