Let Us Break Bread Together 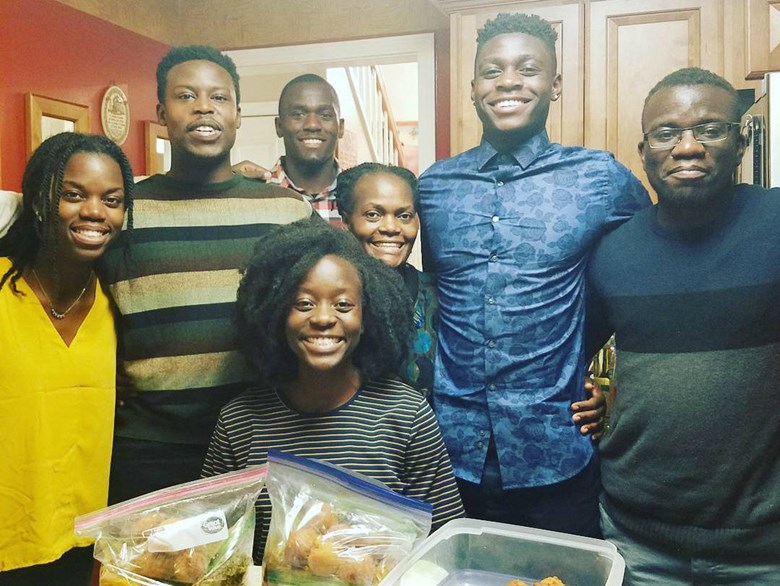 WOSU News Reporter Adora Namigadde poses for a photo with family members behind her and Ugandan treats, including mandazi (right side), in front of her.

“I’m a first-generation American – I’m the first person in my family who was born in this country,” Namigadde said in a recent interview. “And I grew up with parents who said, ‘When you’re out in the world, you’re in America. But when you’re in this house, you’re in Uganda.’”

Namigadde was raised on mandazi as a dessert after family meals and at holidays and other special occasions.

“But we would also have it casually, too, because it’s pretty easy to make,” she continued. “You just make the dough and you fry it on the stove, and you’re done. And it also stores well and saves well day after day.”

As a teenager, Namigadde learned all about mandazi when her mother taught her how to make Ugandan dishes and other favorites.

“About then I was just like, ‘I need to learn how to make everything my mom knows how to make before I go off to college,’” Namigadde said.

For Namigadde, mandazi is more than a sweet, yummy treat. Mandazi has always been about celebration.

Said Namigadde: “There’s no way you can have a Ugandan party and not have mandazi. People would be like, seriously?”

Giving Thanks: A Celebration Of Fall, Food, And Gratitude