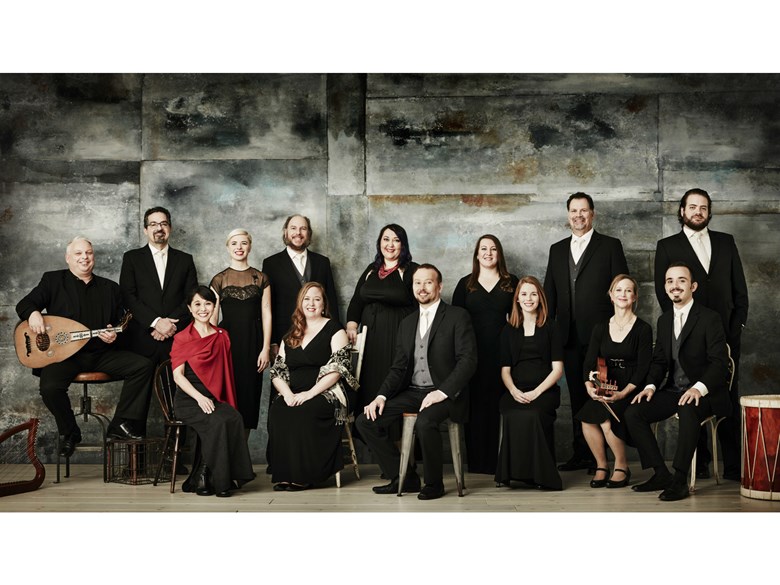 The Rose Ensemble is back with a free one-hour holiday special. Slavic Wonders is a stunning celebration of the season featuring some truly brilliant gems from the libraries and monasteries of Krakow, Prague, and Moscow. The Rose Ensemble of Minnesota has put together a program of dazzling, passionate music for Christmastime in the great variety and range they are known for. Hear everything from soaring soprano lines, to the signature Slavic sound of rumbling basses; Slavic Wonders is an engaging and curious mixture of chant, carols, and glorious polyphony. Add Slavic Wonders : Christmas with The Rose Ensemble to your holiday schedule today.

With repertoire and a stage presence hailed by presenters and audiences as ethereal and captivating, and a vocal blend and range called “supernatural” by the critics, The Rose Ensemble has presented this program to capacity crowds across the U.S. and Europe.

Take your listeners to ancient places, where mysterious chants, joyful hymns, and magnificent choral works mingle with tales of folk heroes. Sublime, enchanting, and earthy; your listeners will love the Christmas story as retold through the ages in Russia, Poland, Bohemia, and Ukraine.

"Rose Ensemble created a strong Russian sound...The basses shone with sounds that seemed to come from the center of the earth and the sopranos' crystalline sound was clear and pure to the top of the register ...The program was more diverse than I'd expected, sung with robust enthusiasm and the true spirit of the season." —Minneapolis Star Tribune

"If your holiday concert-going has yet to give you that 'true meaning of Christmas' stirring of the soul, you may find it at the Rose Ensemble's 'Slavic Wonders' concerts."
—Saint Paul Pioneer Press

About The Rose Ensemble:

Founded in 1996 and based in Saint Paul, Minnesota, The Rose Ensemble believes in the power and beauty of vocal music to stir the emotions, challenge the mind, and lift the spirit. Each performance illuminates centuries of rarely heard repertoire, bringing to modern audiences research from the world’s manuscript libraries and fresh perspectives on history, languages, politics, world cultures, religion, and spiritual traditions. With nine critically acclaimed recordings and a diverse selection of concert programs, the group has thrilled audiences across the United States and Europe with repertoire spanning 1,000 years and over 25 languages, including new research in European, Middle Eastern, and American vocal traditions.

The musicians of The Rose Ensemble have received acclaim for their ability to sing both as an ensemble and as individual soloists, while director Jordan Sramek has been lauded for diverse programming and ground-breaking research. The Rose Ensemble is the recipient of the 2005 Margaret Hillis Award for Choral Excellence and a first-place winner in the sacred music category at the 2007 Tolosa International Choral Competition (Spain). Founder Jordan Sramek is the 2010 recipient of the Chorus America Louis Botto Award for Innovative Action and Entrepreneurial Zeal. Currently presenting up to 75 performances each year, The Rose Ensemble is recognized as a leader and innovator in the North American choral/vocal music scene.

The Rose Ensemble can be heard regularly on American Public Media and the European Broadcasting Union (most notably with annual Christmas broadcasts) and was recently featured in special live broadcasts on Radio France, Chicago Public Radio, Vermont Public Radio and National Public Radio’s Performance Today. The Ensemble has released 9 recordings. The group’s latest recording, Il Poverello, is a diverse collection of medieval
and Renaissance vocal and instrumental music honoring the life and legacy of Saint Francis of Assisi.