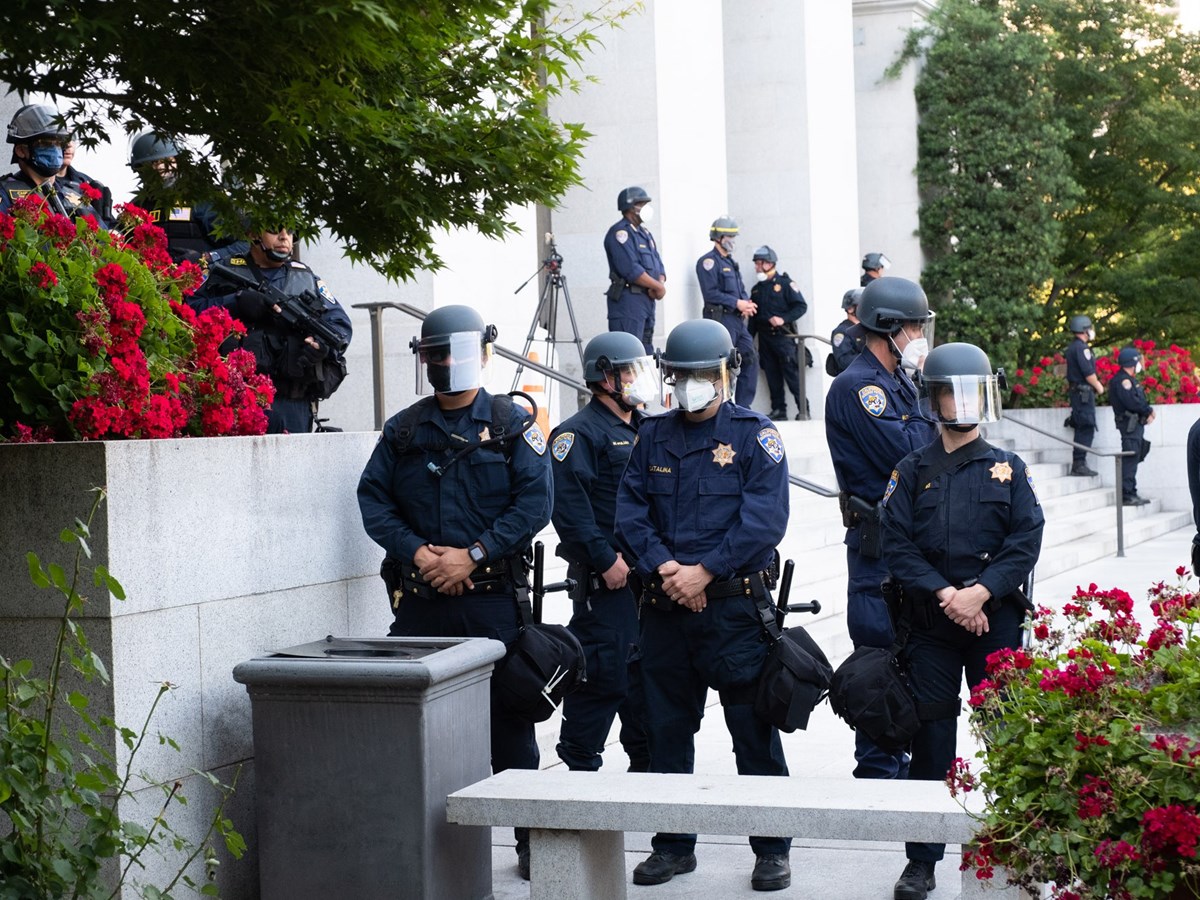 California Highway Patrol officers stand outside the California state Capitol in downtown Sacramento during a protest on June 3, 2020.

Before Tuesday's verdict in the Derek Chauvin trial, where a jury found the former Minneapolis police officer guilty on all counts in the murder of George Floyd, it was unclear if there would be a conviction.

As NPR reported, Chauvin is believed to be just the second officer to be convicted in an on-duty death case in Minnesota's history. By contrast, charges were never filed against the two Sacramento officers who shot and killed Stephon Clark in 2018. 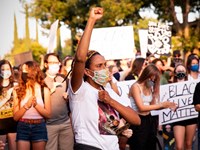 In the hours following the verdict, many Sacramento and California law enforcement agencies have publicly supported the jury’s decision.

“We appreciate the work of our judicial system and the deliverance of justice in this case,” stated Chief Abdul Pridgen, President of the California Police Chiefs Association. “This incident, although tragic, has helped bring further attention to the ongoing need to improve and advance law enforcement practices and continue to build trust in our criminal justice system.”

Still, some are unsure how it may affect policing going forward.

On Wednesday morning, Sacramento Police Chief Daniel Hahn told CapRadio's Insight that while he was relieved with the verdict, there are deeper problems to address. 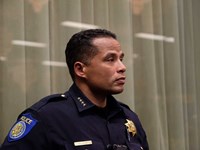 "I think the verdict is great for accountability, and it shows that Chauvin was held accountable for what he did to George Floyd," Hahn said. "But I would be in agreement ... that it's just that, it held somebody accountable in one instance."

Hahn said the root of the issue is racism in the United States.

"Historically, we have had an issue with race and difference — and accountability is great. But until we start dealing with that in all sorts of matters, not just with law enforcement," he said, "and [until] we start dealing with [our biases], until we know our history and how we got here, it’s going to be pretty hard to solve it."

When asked about accountability of his own two officers who killed Stephon Clark three years ago, Hahn pointed out that both Sacramento County District Attorney Anne Marie Schubert and California Attorney General Xavier Becerra refused to file criminal charges against, saying that the officers did not break the law.

Clark’s and Floyd’s deaths — as well as other examples of police violence — leave a lingering trauma for Black people, regardless of the accountability, according to Yolanda Stevenson with Rose Family Creative Empowerment Center.

Stevenson, who works with Black youth in Sacramento, recalled a recent interaction she had with a young girl who said she feared for her father’s life.

“She says, ‘you know, my dad works late at night and before he comes home, he has to walk home,’” she recalled the girl saying. “‘And he calls us on the cell phone to let us know that he's around the corner and that is home soon. But now I'm afraid to tell him to call because they may, if the police see him, they may shoot him like they did Stephon Clark and mistaken it for a gun.’”

Sacramento State criminal justice professor Shelby Moffat, who worked with the Sacramento Police Department for 20 years, said the Chauvin verdict could lead police officers to be less proactive and responsive to crimes — at least initially.

Moffatt added that police officers will have to adapt to higher expectations.

"There may be push back, but that's a natural instinct for anyone. No one wants change," he said. "So I think, yes, initially you're going to have that [push back and less proactive police]. But once they start realizing it's never really not that bad” a large majority become onboard with the change.

But Professor Irene Joe at the Aoki Center for Critical Race and Nation Studies at UC Davis Law School disagrees.

Joe said while this could be a "sea change" in the public perception of policing — pointing the to the millions of people who demonstrated following Floyd's murder last year as well as calls to defund the police — she said it will take more to fix the culture of law enforcement.

Instead, Joe said people shouldn’t ease up in the calls for reform just because one officer was held accountable or because law enforcement have largely supported the verdict. She said without people continuing to question the current system of policing, this verdict won't lead to further change.

On that, Moffatt agreed.

“I would just tell everyone who has been impacted by this trial — and I'm not talking about on the law enforcement side, but as a citizen — don't give up, don't be dismayed and don't be overly excited because this is a long journey in order to change systems.”