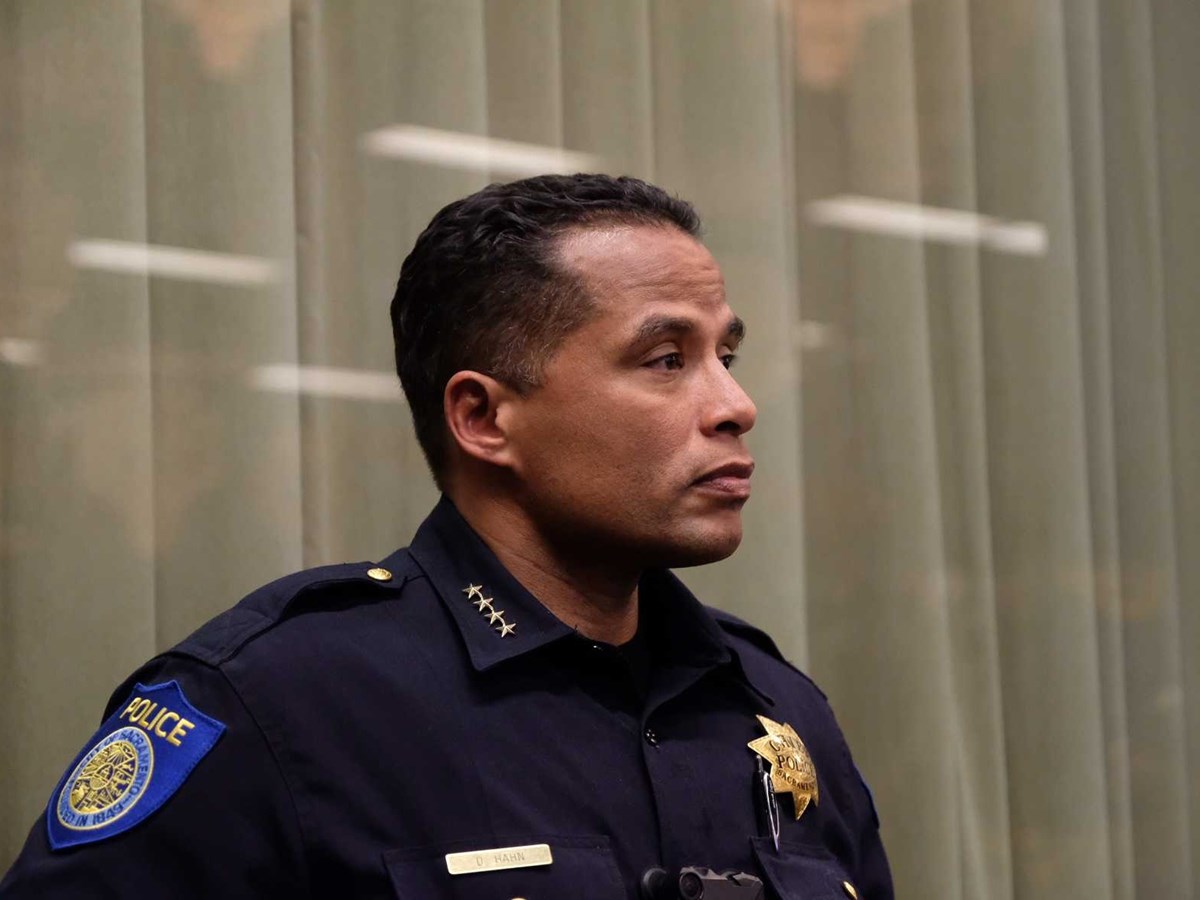 The jury found former Minneapolis police officer Derek Chauvin guilty on every count faced over the murder of George Floyd.

The weeks-long trial has been closely watched after Floyd’s death sparked protests across the country and the globe, including in Sacramento.

Speaking on CapRadio's Insight, Sacramento Police Chief Daniel Hahn said he agreed with the verdict, but that it doesn't fix what is at the root of the issue, a history of racial injustice.

Hahn spoke about his belief that law enforcement and police are some of the most powerful jobs in the United States on a neighborhood level. And with that power comes the opportunity to become leaders in local communities.

“I watched the video when it first happened a year ago, and I thought that seemed appropriate to me that he got convicted of those charges because what he did was really kind of unspeakable for one human to another,” Hahn said. “So I thought [Chauvin’s verdict] was very appropriate. Quite frankly, I wasn’t surprised necessarily, but I was relieved.”

I think the verdict is great for accountability, and it shows that Chauvin was held accountable for what he did to George Floyd … I think it’s just that it held somebody accountable in one instance. Accountability is very important, and I think there’s some progress we can make in terms of accountability in law enforcement, but that’s not the root of the issue.

The root of the issue is in our country. Historically, we have had an issue with race and difference — and accountability is great. But until we start dealing with that in all sorts of matters, not just with law enforcement … and [until] we start dealing with [our biases], until we know our history and how we got here, it’s going to be pretty hard to solve it.

And I think, if you ask people in our city how they became that way, people will say, “people are just lazy. They need to get a job.” But if we know our history, we would know that’s not how those neighborhoods became that way.

Violence is increasing in our country … so far, this year, the number of people shot in our city is up 333%. We don’t just need to deal with gun issues with gun violence … but also what is prompting people to respond with guns in our communities. There’s a lot of data on it. There’s a lot of history behind it, but we don’t tend to want to deal with that.

On law enforcement’s role in working with deeper issues

So I think we can be a leader in these efforts to change our neighborhoods around, change the outlook of our communities, and the hopes and dreams of the people that live in our communities. A lot of that is tied up in our history with issues of race and bias, and I think we can play a large leadership role in all of that.

We need to change as a country, so to think that law enforcement can change and be completely different than society at large is where we often fall short.

So we hire from society and live in society. So to think that whatever is in society would not be in the police department because we have a six-month academy and a field training program is just kind of naive.

We need to say in our country that we have a history that is very discriminatory towards certain groups and that still impacts us to this day. It still shapes our beliefs about people and neighborhoods and groups, and until we start dealing with that, we’re going to continue to have problems.

So we are a country that says the people who break into the Capitol … there’s a significant segment of our country that calls those groups patriots. But yet, when it comes to Colin Kaepernick, who kneels during the national anthem, or a young 18-year old African guy that shoots and kills two people at the mall, we call those groups “savages” or “unpatriotic.” And if they don’t like this country, they can get out.

Yet we call Kyle Rittenhouse that shoots and kills two people in Kenosha, Wisconsin, we call him — he has mental health problems or family problems. We need to ask ourselves, what do you do with somebody that’s a savage versus somebody that has family problems? And there’s really one difference … one is white, and one is black.

And so we have to deal with those things because it shapes how we respond in situations, and we are going to continue to do that in the police department. I hope we really tackle this issue as a country because we’ve kind of ignored, shaded the truth, lied about the truth, and those sorts of things throughout our history. And if we’re going to get better for all people, we have to accept where we’ve been and deal with it.