President Donald Trump maintained forest management is the key to preventing California’s deadly fires and predicted “it’ll start getting cooler” when presented with facts about climate change during his visit to Sacramento on Monday.

Speaking to reporters upon his arrival at Sacramento’s McClellan Park, Trump said the dead trees in California’s forests are “like a matchstick.” He added, “When you have years of leaves, dried leaves on the ground, it just sets it up. It’s really a fuel for a fire.”

Trump's recent comments echo those he made in 2018, after the Camp Fire devastated the town of Paradise and other communities in Butte County. At that time Trump said California’s deadly wildfires "would never happen" with "proper Forest Management."

PolitiFact California rated that statement false after experts on climate, forestry and firefighting all rejected the claim, calling it overly simplistic. A statement by Trump saying California's fires were made worse by the state's water and environmental policy was also found to be false.

On Monday Trump spoke with Gov. Gavin Newsom and state fire officials who urged the president to consider more than just the clearing of fuel as the state and much of the West Coast continues to battle wildfires that have burned millions of acres, destroyed towns and killed at least 35 people.

“When we’re having heat domes the likes of which we’ve never seen in our history, the hottest August ever in the history of this state,” Newsom told Trump during a roundtable discussion.

California Secretary for Natural Resources Wade Crowfoot urged the president to fully acknowledge the role of climate change in making the fires worse.

"If we ignore that science and sort of put our head in the sand and think it’s all about vegetation management, we’re not going to succeed together protecting Californians,” Crowfoot said.

"I wish science agreed with you,” Crowfoot added.

California, Oregon and Washington have seen some of the largest and most destructive fires in their histories over the past month. More than 3 million acres have burned in California, the most ever recorded, and nearly 1 in 8 Oregonians have been under some form of evacuation warning.

Following Trump’s discussion with state officials, he recognized and awarded several members of the California National Guard for rescuing families trapped last week by the Creek Fire south of Yosemite.

"Our nation is strong because of remarkable individuals like these service members. In the midst of the greatest trials and biggest challenges, America prevails because of the brave and selfless patriots,” Trump said.

Several hundred demonstrators, largely in support of the president, gathered at McClellan Park before an anti-Trump rally temporarily blocked traffic on Watt Avenue. According to the Associated Press, a driver swerved into a small crowd of people protesting Trump's visit, knocking some to the ground.  KCRA reported that at least two people appeared injured. One was taken away in an ambulance.

California Highway Patrol confirmed they are investigating a hit-and-run and a separate incident in which a demonstrator climbed on top of a patrol car before getting tossed to the ground. A video posted to Twitter shows a person climbing on top of a CHP vehicle before it accelerates, throwing the person.

On Sunday, Deputy White House Press Secretary Judd Deere said Trump and Newsom have spoken by phone and that the White House and FEMA have remained “in constant contact” with state and local officials throughout the fires.

“The President continues to support those who are battling raging wildfires in a locally-executed, state-managed, and federally-supported emergency response,” Deere said.

On Friday, Newsom said he had a 30-minute phone conversation with Trump about the state’s wildfires. The two have eased off on political sniping in recent months to coordinate on the response to COVID-19.

Despite that, Trump and state officials have often been at odds — at least publicly — around wildfire response.

The president has repeatedly threatened to withhold federal wildfire assistance from California, including last month. But the White House has approved assistance. Trump was also criticized for not publicly speaking about the wildfires until three weeks after they started.

Trump has often blamed forest management for California wildfires. At a rally near Reno on Saturday, he suggested climate change was not a cause of the fires, despite a chorus of scientists, firefighters and public officials recognizing otherwise.

But the idea that forest management is the only issue the West is facing is false, short-sighted and doesn't include climate change, which is exacerbating the fires — according to a growing body of scientific evidence. 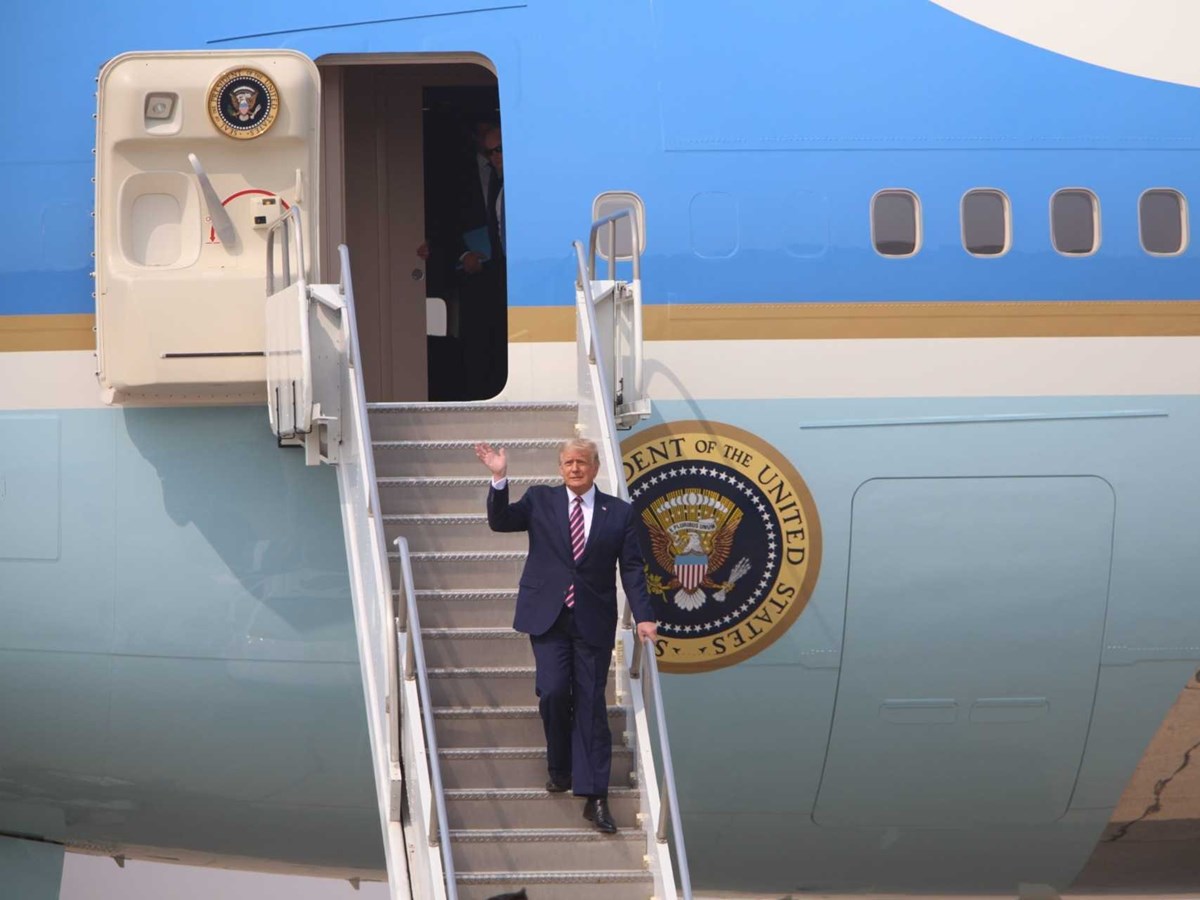 “They're deeply interconnected, but they can't really be disentangled,” said Carly Phillips, a researcher in residence at the Pacific Institute for Climate Solutions. “It's hard to attribute any given event or any given season to … that history of fire suppression versus climate change, but they're interacting and that they're also making each other worse.”

UC Berkeley fire research scientist Brandon Collins says the knowledge and ability to manage fire in California is all available, but there’s a “weird intersection” of issues including a lack of clear direction from agencies and funding limitations.

“We have to make up for what we've done by eliminating fire,” he said. “We almost have to pay down the debt that we've accrued again. I just think if people think the solution is more engines, more helicopters we're just gonna keep repeating the same problem.” 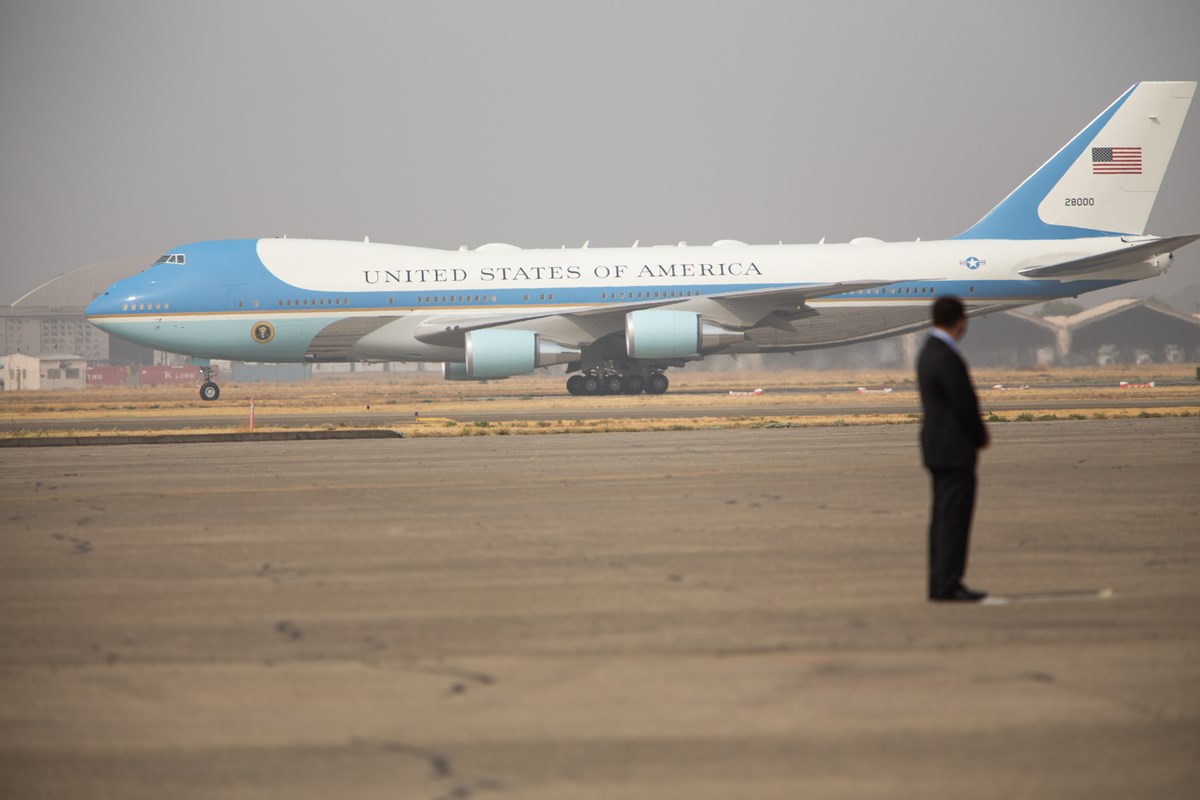 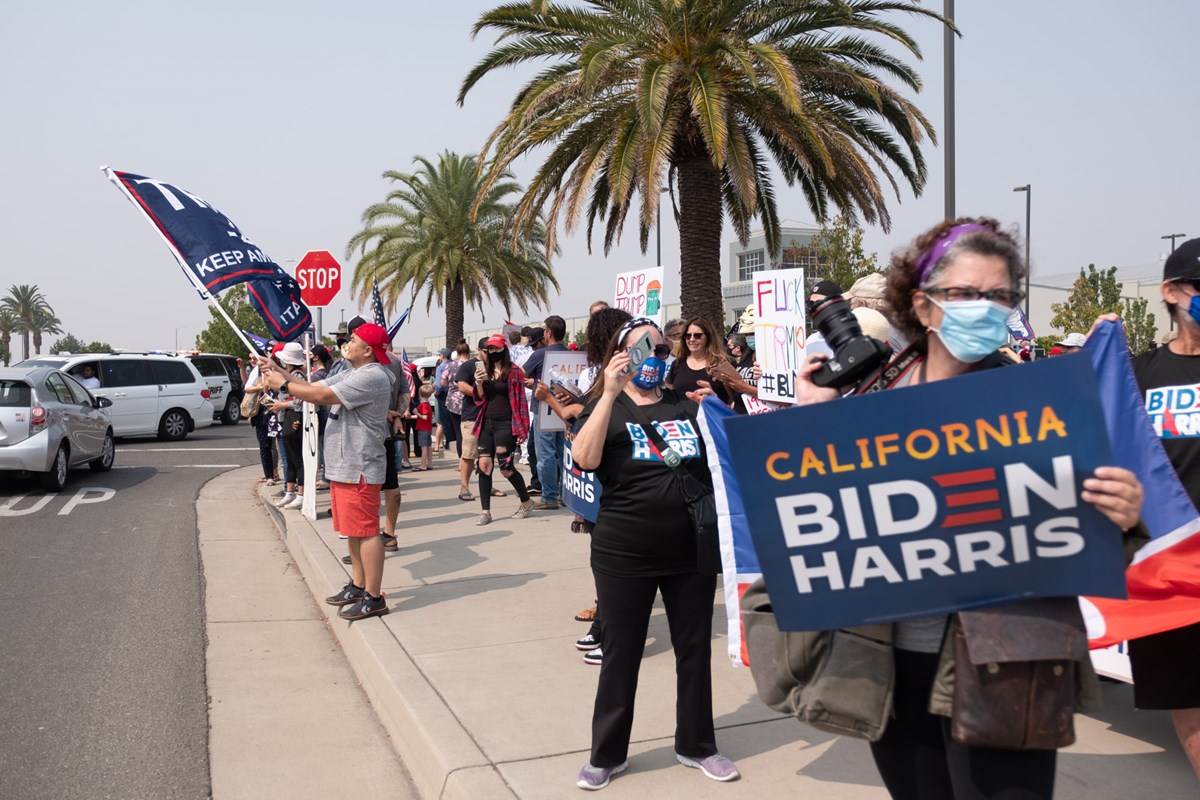 “As he flies to California today, we know he has no interest in meeting this moment. We know he won’t listen to the experts or treat this disaster with the urgency it demands as any president should do during a national emergency,” Biden said during a speech in Delaware.

Biden’s running mate, Sen. Kamala Harris, also plans to return to California on Tuesday to meet with emergency officials about the wildfires.

Trump's comments also come in contrast to West Coast governors, who have all highlighted the impacts of climate change on the wildfires tearing through the region.

After touring a portion of the North Complex West Zone, formerly known as the Bear Fire, Newsom sounded alarm bells about climate change Friday and pleaded with national and world leaders to take drastic action.

“Mother Nature is physics, biology and chemistry. She bats last and she bats 1,000. That’s the reality,” Newsom said. “The debate is over, around climate change. Just come to the state of California. Observe it with your own eyes.”

“While our state reels from this horrific firestorm of dry weather, hot wind and drought conditions, this will not be a one-time event,” Brown said. “Unfortunately, it is the bellwether of the future.”

The three were cordial to each other on the trip, saying that they avoided the issue of climate change.

“We didn’t discuss it,” Trump said at the time. “We have different views. But maybe not as different as people think.”