Once a year, Fifty Fifty Brewing Company throws a party at its restaurant in Truckee to celebrate the annual release of its award-winning “Eclipse” stout beers. When tickets go on sale, fans of the brewery set up multiple phones, computers and tablets in hopes of buying one of the 140 that are available.

This year’s party was held on a cold December evening, with snow still in the trees from a recent storm and Christmas lights still adorning downtown’s historic buildings.

As peaceful as the town looked, on this day employees were in constant motion as they prepared for the night. They shuffled chairs around the dining room and made lamps out of gas lanterns. One worker stood on a chair, writing the names of the dozen varieties of Eclipse’s flavored stouts on a blackboard above the entryway: coconut, maple, mocha, peach brandy, salted caramel, and so on.

How’d this annual party start? Owners Alicia Barr and her husband, Andrew Barr, ditched their jobs at Hewlett-Packard a dozen years ago to move to the mountains and start a brewery.

"What you’re doing for your life and your career shouldn’t just be about a paycheck. There are other ways to feel compensated," Alicia explained of their decision.

The goal was to have fun at work, not win awards. But they keep winning them: In September, Fifty Fifty was awarded three medals and beat out 2,400 other breweries to win "Brewery Group of the Year" at the Great American Beer Festival event in Denver, which is considered one of the top beer honors in the country. 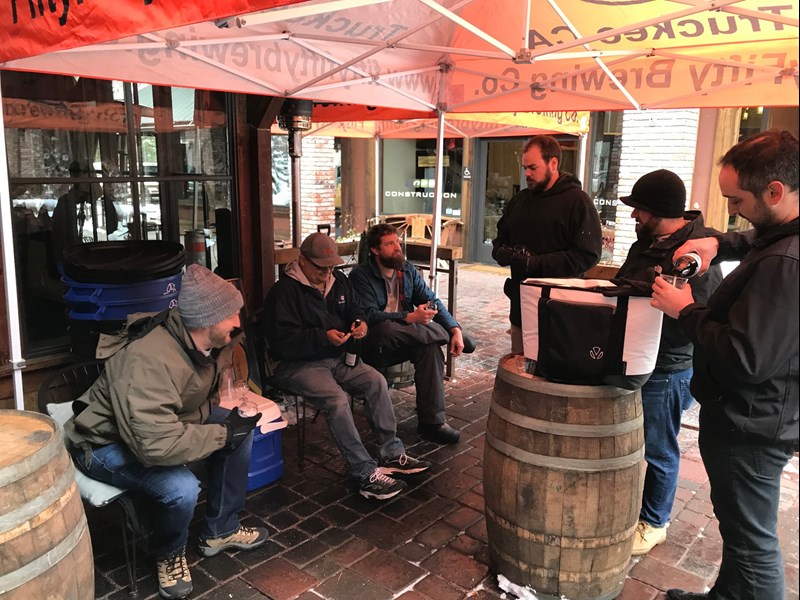 Alicia and Andrew Barr typically attend the festival, but stayed home last year. “We sent all of our brew team and they had a blast!” she said.

She says they were at their daughter’s soccer game when they started getting texts about the awards. “I was like, 'Is somebody pranking us right now? This is unbelievable,’” she remembered.

She called the award a “true honor” and said, “It was amazing."

There are about 100 employees at the Barrs’ two restaurants, Fifty Fifty and the Drunken Monkey, which are next door to each other. There are also nine workers at the main brewery a mile away.

On the day of the party, head brewer Brian McGillivray was busy as he used an orange forklift to hoist and move pallets of cardboard boxes wrapped in orange cellophane. The running joke at the brewery is for his co-workers is to guess when it will finally be cold enough for him to leave the cargo shorts at home and don pants. Today, with a high of 30 degrees and snow still in the trees, pants have won. 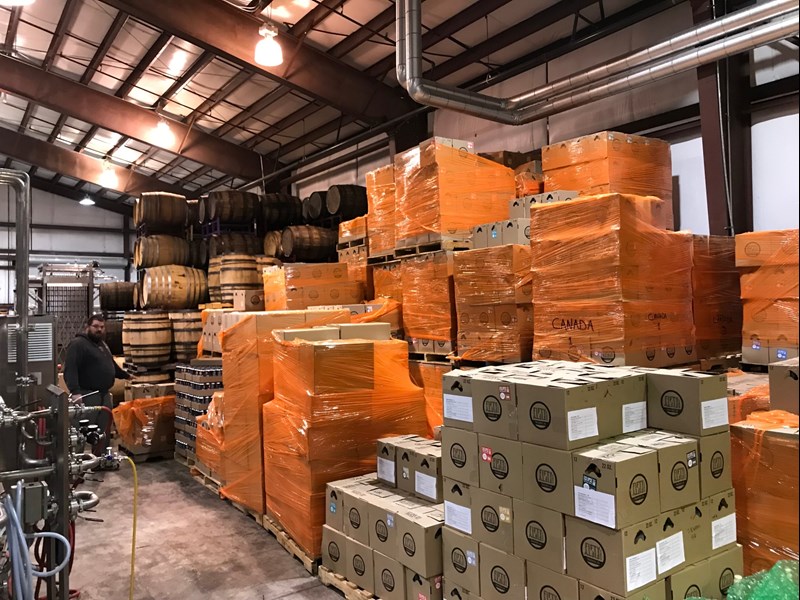 Beer from this once tiny brewery now goes to dozens of states and more than half a dozen countries.Bob Moffitt / Capital Public Radio

McGillivray came to Fifty Fifty two-and-a-half years ago to help expand the beer-making operations. The Eclipse line of beers are the company’s flagship, and are all based on the Totality Imperial Stout. Some of that beer goes into whiskey or bourbon barrels, where it ages for months, and some of it goes through a different process to be infused with various flavors.

Marley Anderson is another brewer. She's been at Fifty Fifty about a year and says she's thrilled with Fifty Fifty's success and dedication to craft beer. "We make beers that we want to drink and then we're thrilled when other people enjoy them," she said.

Alicia Barr grew up in Chico and has modeled her efforts after those of Ken Grossman, who started Sierra Nevada Brewing Co.a standard bearer for Alicia hopes Fifty Fifty can do for roasted malts and stouts what Sierra Nevada did for IPA’s and hops. She also noted that the Eclipse recipe is an updated recipe based on the original by founding brewer Todd Ashman.

While the beer operations will expand, other things will not, she said. There will be no additional restaurants, and the Eclipse party will not move to a larger venue. 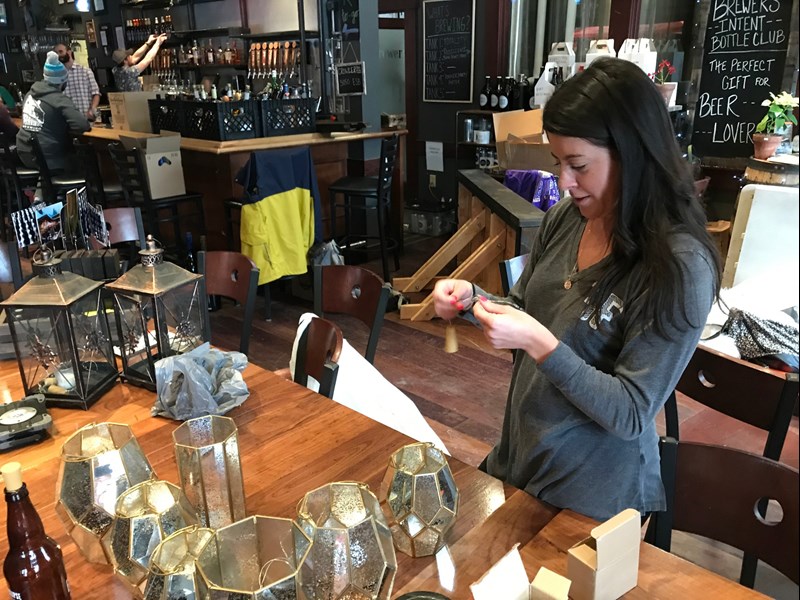 Back at this year’s Eclipse release party, Ron Johnson and Jesse Lara sat in deck chairs on the restaurant’s back patio, gathered around a cooler of beer beneath a string of Christmas lights near a propane heater. They were the first two guests to arrive — five hours before the party started.

Johnson says you have to get here early enough so you can get a table. “And, secondly, we have this nice bottle share that happens before with some really rare stuff,” he added.

Lara says the $100 tickets sell out in a matter of seconds. He used four devices online at once to get tickets when they were offered.

"Fantastic beers, fantastic food throughout the event. The only way I would miss it is if I couldn't get a ticket and I'll be damned if I'm not gonna get a ticket," he said while laughing.

If you think $100 is a lot for a ticket to a party, Lara put it in perspective: He once spent $300 for a single bottle of beer, which he shared with friends. He says it was worth it.

"Absolutely!” he maintained. “It was a good bottle and I shared it with good friends."

He considers many of the people who are rushing about inside the party as friends, too — everyone celebrating what has already been a remarkable ride.