Hundreds of people are in shelters in Butte and Sutter counties after the Camp wildfire — but dozens more are in trailers, trucks, cars or tents outside.

Kelly Boyer was renting in Magalia, but his place was destroyed by the fire and he’s now spending his days in a lawn chair, playing guitar in the “tent city” next to the WalMart in Chico.

Surrounded by piles of donated clothes and a food truck, Boyer says he's fine where he is. But would he to a shelter if a bed was available?

“Probably,” he said, adding that “the people with children and everything should get those first." 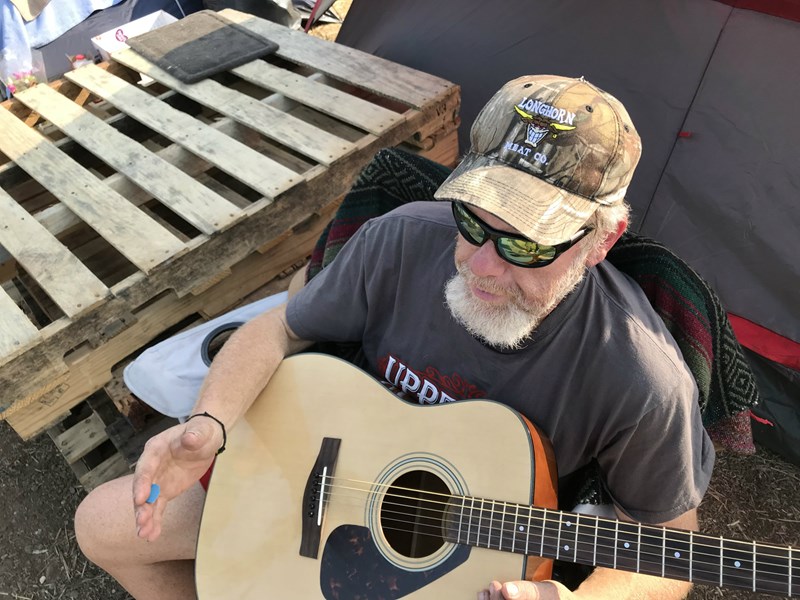 Boyer was unaware that Cal Fire and Butte County have a list of shelters and available places to stay. Instead, he has a stack of pallets, which he plans to put under his tent if it rains, and cardboard for a roof.

There are vacancies at evacuee shelters. The Bidwell Jr. High School had some this past weekend. As of Monday, the only shelter vacancies were in Gridley and Oroville, according to the Butte County Sheriff's Department website.

The Federal Emergency Management Agency set up a center on Friday at the Chico Mall. Since, 1,000 people a day — including Boyer — have filed claims or taken care of paperwork with county and state agencies.

Tammy Trojanowski also evacuated from Magalia after the fire. She hasn’t gone into a shelter due to her pets. 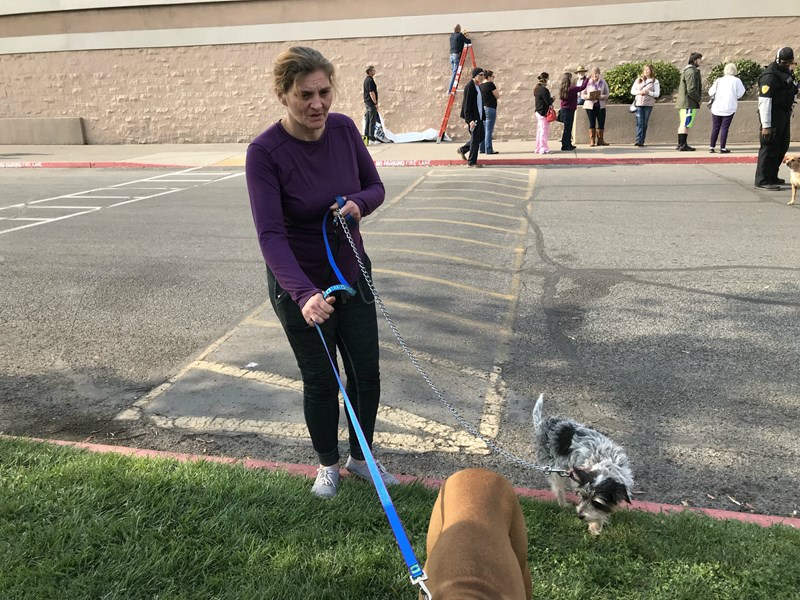 Tammy Trojanowsky and two of her four dogs walk near the line to speak with FEMA representatives in Chico.Bob Moffitt / CapRadio

“My dogs are inside dogs, and if they won't let my dogs sleep with me, I'm not going to stay” in a shelter, she said.

Unlike Boyer, she doesn't know if she still has a home. She was not aware of Cal Fire map that shows the status of buildings in the fire's path.

According to the map, her home was outside the burn area.