Emerging ‘Hazy IPA’ Style Takes Off In Sacramento, Complete With A Beer Festival This Friday

Sixteen ounce cans of a freshly brewed, hazy IPA roll off the production line at New Glory Brewery in Sacramento. Outside, there’s a line that begins at the entrance and snakes down the sidewalk. It’s noon on a weekday, but that didn’t stop Davis resident Dave Butler from showing up for the brewery’s latest can release.

He’s a former brewer, and says he’s after New Glory’s latest “hazy beer”: a relatively new style of India Pale Ale known for a cloudy appearance that can look like unfiltered grapefruit or orange juice.

The emerging hazy IPA beer style is hot right now in Sacramento’s craft brewer scene. There’s even a hazy IPA festival at the California Automobile Museum this Friday night. But what makes this cloudy, murky beer so different? And why are people standing in long lines to get their hands on it?

New Glory is hardly alone in the hazy beer world. The style, which originated in New England, is now a regular feature on craft beer menus all over the West Coast, and Sacramento breweries are among those leading the way. 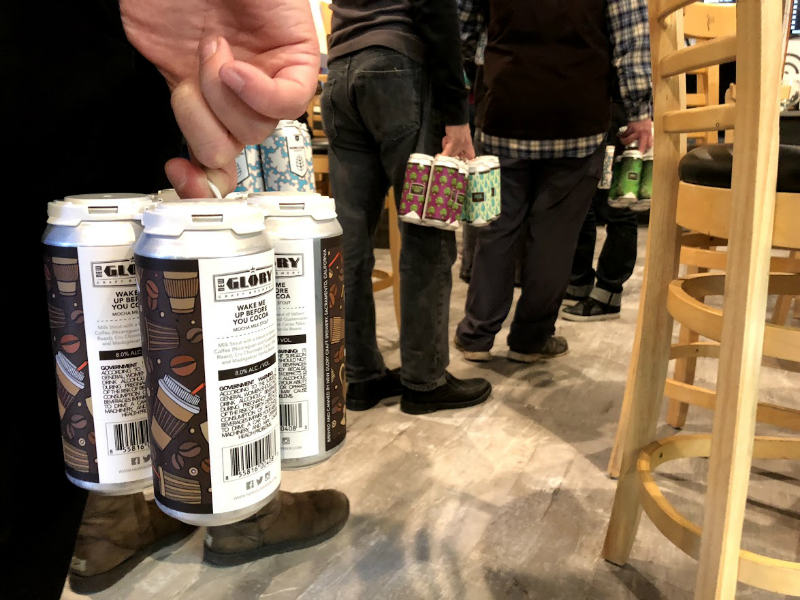 The cans at New Glory are sold at the brewery’s tasting room for as much as $18 a four pack. Even at this price, people line up to get theirs before the batch runs out.

New Glory’s head brewer Kyle Leddy says hazy IPAs currently have a grip on the industry. “I almost don’t like using the word trend, because it’s sticking around, and a lot of brewers and consumers have been latching onto the style for years,” he explained. “It’s just kind of coming here now.”

The beer’s flavor profile is unique, and it can degrade faster than other styles, in part because it hasn’t been filtered or pasteurized. There are suspended particulate matter from hops and yeast — the elements that create the haze — and they can drop out over time.

It’s not just the appearance of the beer that attracts drinkers, however. “That haze is important, because it actually adds a flavor dimension to it, it’s not just the look in the glass,” Leddy said. 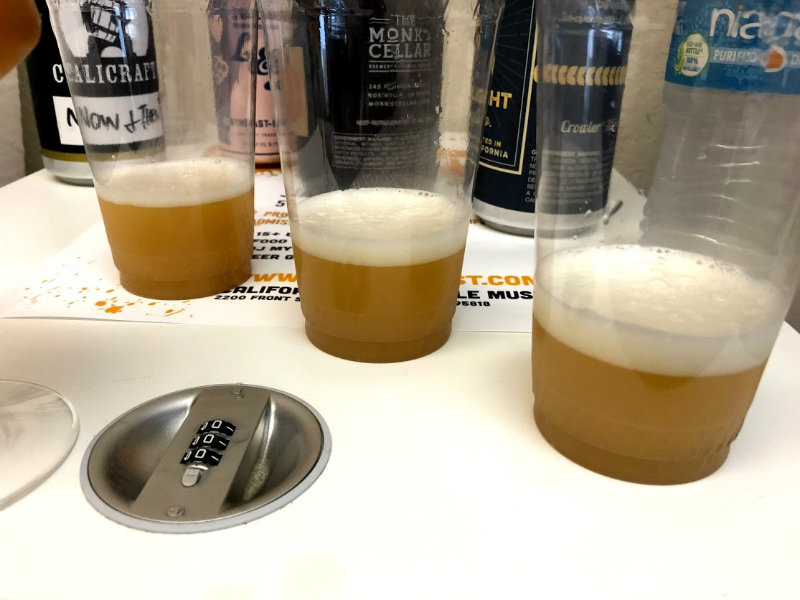 Scott Scoville built Beers In Sac, a local business that follows Sacramento’s beer culture, a few years ago. He and a partner are putting on this week’s debut Hazy IPA festival, and they feel the passion for hazy brew is quickly moving into the spotlight.

He credits breweries such as Moonraker Brewing Co. in Auburn for helping put “hazies” on the map on the West Coast. “They definitely helped propel that a little bit, and now some of the other breweries are starting to brew it more,” Scoville explained.

Despite the popularity, hazy IPA is not an officially recognized style at beer competitions in the United States. And many old school beer enthusiasts still don’t embrace the haze.

The American Homebrewers Association and the Beer Judge Certification Program are the organizations responsible for determining these sorts of guidelines. Peter Wisham is a trained and certified beer judge, and says he expects hazy IPAs to get their official designation as the trend matures.

“It’s just a matter of what the trends are, how popular things are, and what they feel needs to be addressed and how much is being brewed, that we actually need to have that category to be able to judge,” Wisham said of the certification.

Scoville and Wisham shared a couple of hazies brewed in the Sacramento area, and they were notable in how they lacked the bitter flavors found in traditional West Coast IPAs.

But he has been working on Wisham, who, as a BJCP judge, has “been been a little slower to come over to [the hazy] side,” Scoville said.

“But [hazy beer] is changing people’s minds about what can be done and what should be done, and I think we’re going to see more of it,” he predicted.