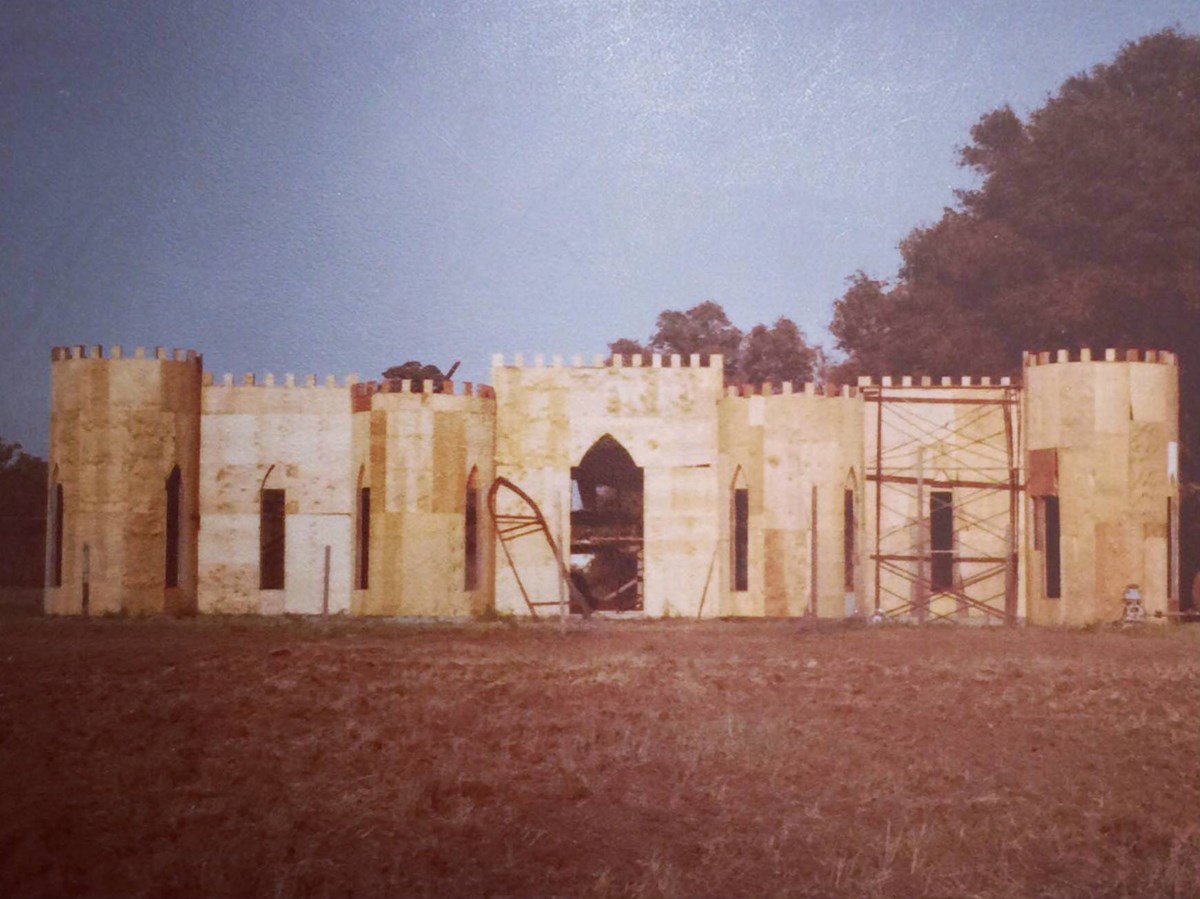 Jerry Lee Sr. started construction on his castle in Roseville in the late 70s.

You can’t miss the castle off eastbound Interstate 80 before Roseville. It’s both iconic and out-of-place. There are turrets and battlements. The property is lined with palm trees and grapevines. Building materials and old boats litter the expansive grounds like a scene from a dystopian fairytale. A dry moat surrounds the structure along with countless rumors.

1. The Shah of Iran did not build the castle.
2. The property was never used to reenact Shakespeare with dogs.
3. Despite the Zillow Listing, there are no panic rooms or secret tunnels.
4. It’s not a restaurant.

Jerry Lee Jr. grew up in the house. He says everyone he talks to always has a story about the castle. He says people used to come up to the door and ask for dinner reservations. 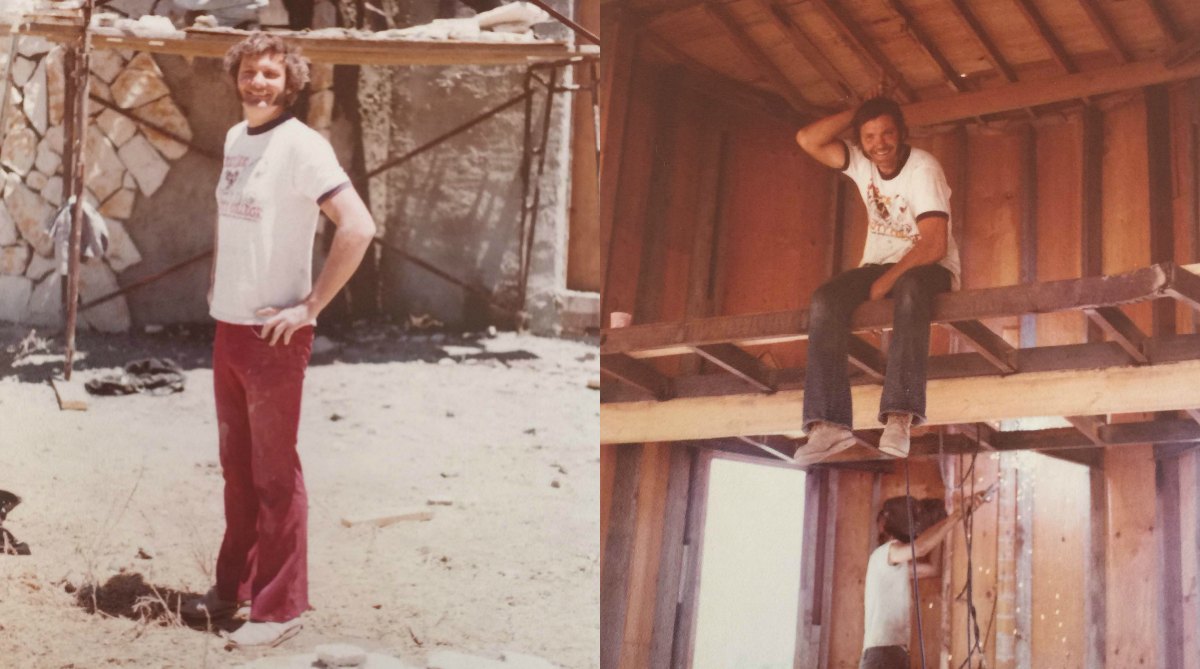 Jerry Lee Sr. pictured during the construction of the house in the late 1970s. Jerry Lee Jr. / Courtesy

Jerry Lee Sr., now 79, wanted a castle after being stationed in England with the Air Force. He took a tour of an old castle and fell in love with the concept of living in one.

“I said ‘you know what, I’m going to go back to America," Jerry Lee Sr. says. "I’m gonna get rich. I’m going to come back to England and buy me a castle ... I had so many kids, I couldn’t move over there. I had seven kids, you know." 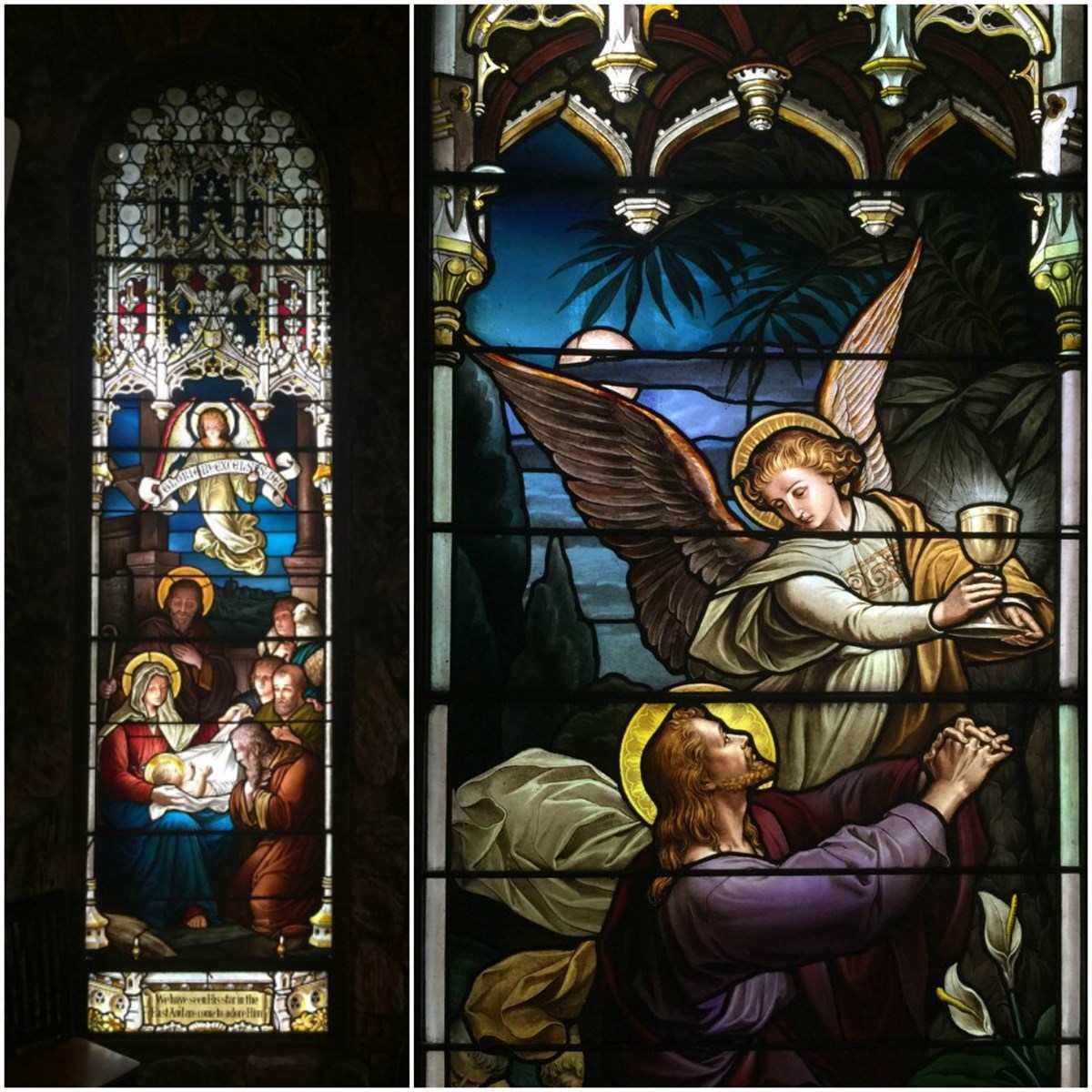 A large stained glass window depicting the nativity hangs in the master bedroom. Another window with a depiction of Jesus in the garden of Gethsemane hangs in the dining room. Jerry Lee Jr. / Courtesy

Instead of moving to Europe, he made do in Roseville.

The first 3,000 square feet Lee built himself -- that’s the castle portion facing the freeway. Later a friend gave him a mansion previously located on Cottage Way. Lee divided the 4,400-square-foot house into six pieces, moved them to his property and attached them to the castle. He says that part looks just like a regular house.

“It is essentially two houses but they do flow seamlessly into one another,” Jerry Lee Jr. says.

Jerry Lee Sr. says when he started building out his “poor man’s” castle, he had plenty of money to play with, thanks to a chain of now-defunct beauty schools. His ex-wife kept the inside tidy and he maintained the outside. About 18 years ago, the couple parted ways and Jerry Lee Sr. was left with limited funds. The property fell into disrepair and he says he’s now too embarrassed to have people over.

“It’s too crazy to show right now, but also weirdly beautiful,” he says.

Jerry Lee Sr. confirms the house does have a throne and a heliport.

“You walk up a set of steps and you sit on the throne to go potty,” he says. “I bought the chair in England and had imported home. It’s a real-life throne.”

Jerry Lee Sr. says you get to the throne through a cave that doubles as a shower. There’s a hot tub in the bedroom and the bed sits atop a half-pyramid platform. 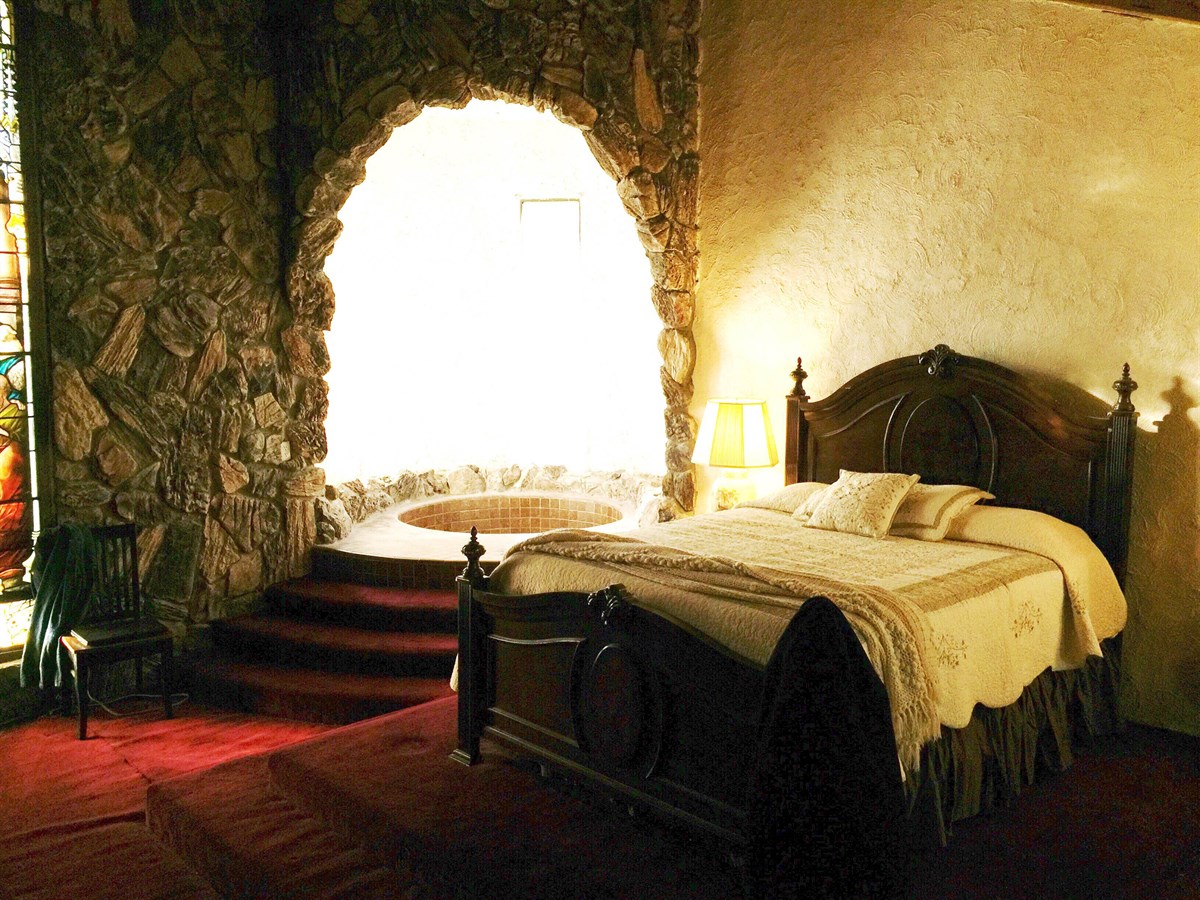 When he had more money, Jerry Lee Sr. says he had a helicopter to park on his heliport.

“If I could afford it I’d have a helicopter now,” he says.

He says the city council got together to pass an ordinance prohibiting helicopters or aircraft from spending the night in Roseville because of him.

Brian Jacobson, public information officer with the City of Roseville, couldn’t find any evidence of to confirm or deny this claim. He says Roseville zoning code prohibits heliports in residential areas, which is consistent with most cities.

Jerry Lee Sr. says it’s his dream to get the castle fixed up before he dies.

“If you hang tight and you’re patient when I get it cleaned up, I will take you through it,” he says. 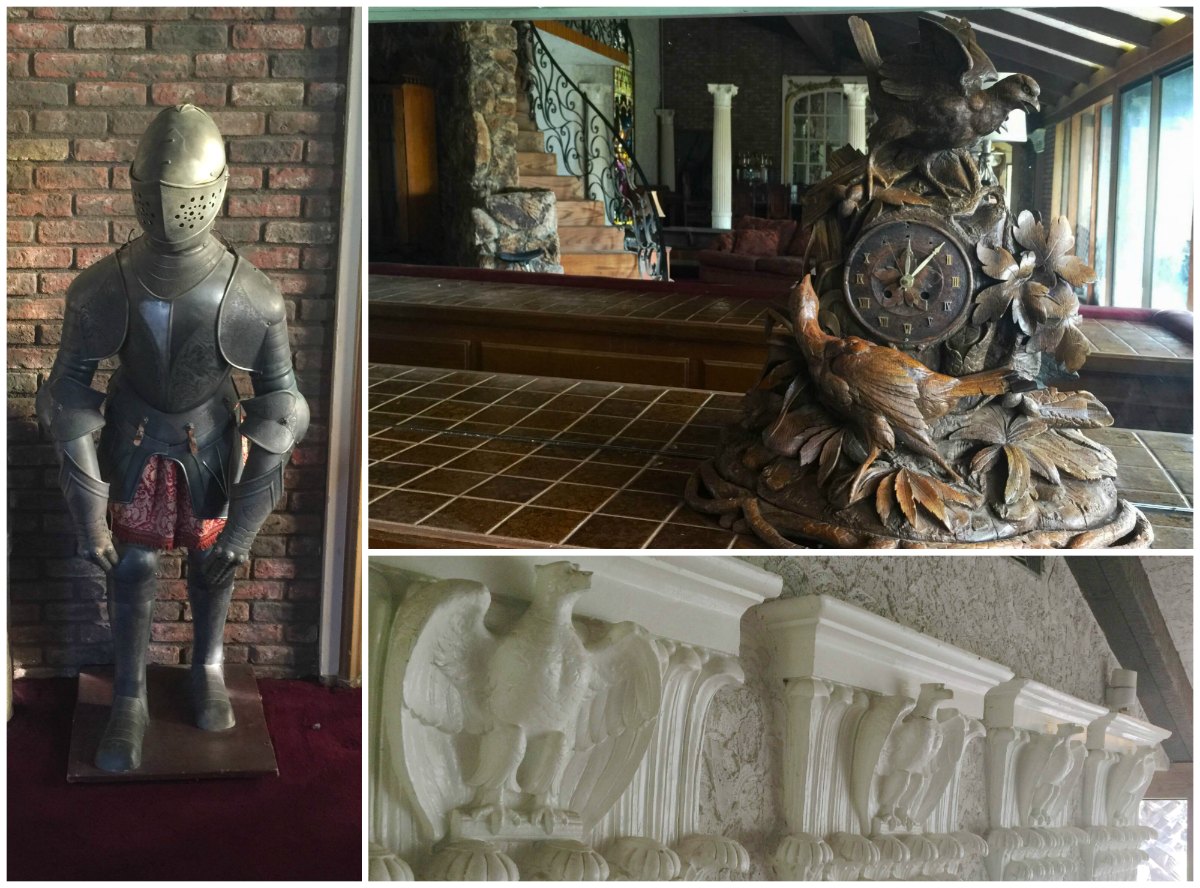 A suit of armor, whose only function for the past 40 years has been to frighten the Lee children and grandchildren, is displayed. An antique black forest clock and moldings from the state capitol sits on top of a bar. Jerry Lee Jr. / Courtesy
This story is part of a series we're calling "Roadside Distractions." Every month we feature a sign, a building or a business that we drive by all the time and always wonder about. What landmarks or signs do you wonder about? Put your story suggestions in the form below.
Follow us for more stories like this