Ring-Tailed Lemur Found In Turlock, Most Likely Part Of The Illegal Pet Trade

A male ring-tailed lemur found in a Turlock backyard is now on display at the Sacramento Zoo. Zookeepers think the primate was kept as a pet illegally. They say he doesn't appear to know how to socialize with other lemurs.

“We don’t have any ring-tailed lemurs [at the Sacramento Zoo],” Candelaria explains. “He is a special circumstance because he is from the illegal pet trade. He hasn’t necessarily learned all the lemur behaviors he would need to and that he would have traditionally growing up."

For example, she says, "When we first brought him into the exhibit where he is currently housed he seemed unfamiliar with the scents of the other lemurs around him. He also exhibits behaviors that we wouldn't typically see, like grooming his tail... in an excessive amount."

"He needs to go a home where they understand those needs and could help transition him into a lemur troop,” says Candelaria.

Sacramento zookeepers won't introduce him to other lemurs. They're leaving that up to the staff at his permanent home.

Lemurs, native to Madagascar, live in matriarchal groups. Candelaria says because this guy is a young male, it will be a slow transition into a troop. Zookeepers estimate his age at around two years. 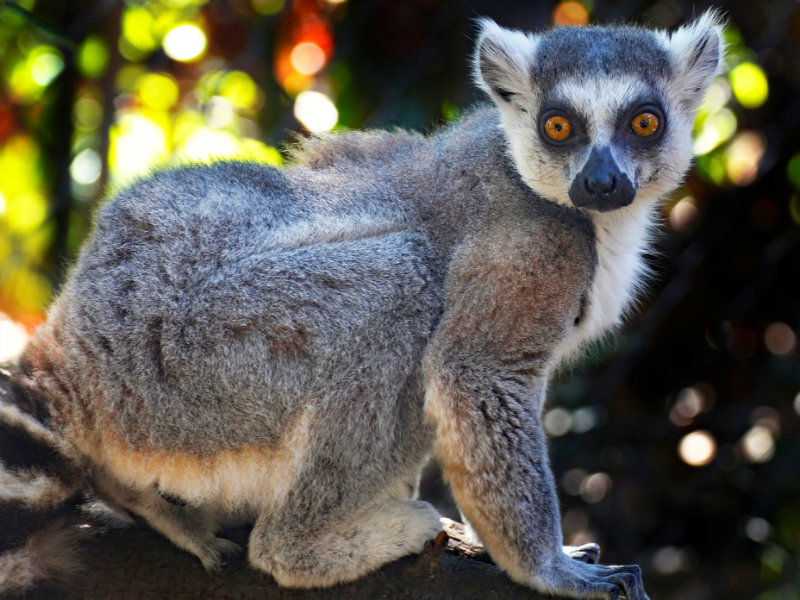 The ring-tailed lemur found in a Turlock backyard is currently on display at the Sacramento Zoo near the other lemur cages. He doesn't appear to have much experience with other lemurs. Zookeepers want him to observe the social habits of lemur troops before he's directly introduced to other primates. Mike Owyang / Sacramento Zoo

“Unfortunately we do receive notices from Fish and Wildlife letting us know that animals have been found as part of the illegal pet trade, more often than we would want to see. It’s not uncommon to receive those calls once, twice a year,” says Candelaria. “We do happen to have some animals in our collection that started out that way, for example we have a grey fox that was handed over to Fish and Wildlife. He was imprinted upon people. So he found his way here where we could help him still be a fox but also manage the imprint needs that he has.”

Chris Stoots is an information officer with the California Department of Fish and Wildlife. He says in recent years the department has been able to find more restricted animals thanks to social media.

“We have officers and personnel that are constantly monitoring social media for posts related to people possessing these things,” says Stoots.

In the case of the Turlock lemur, a man and woman saw the animal in their backyard last December and managed to capture it. In the process the lemur scratched and bit the woman. She contacted the Department of Public Health to assess the health risks from the bite. That’s how Fish and Wildlife got involved. Stoots says it’s best not to try to capture wild animals. 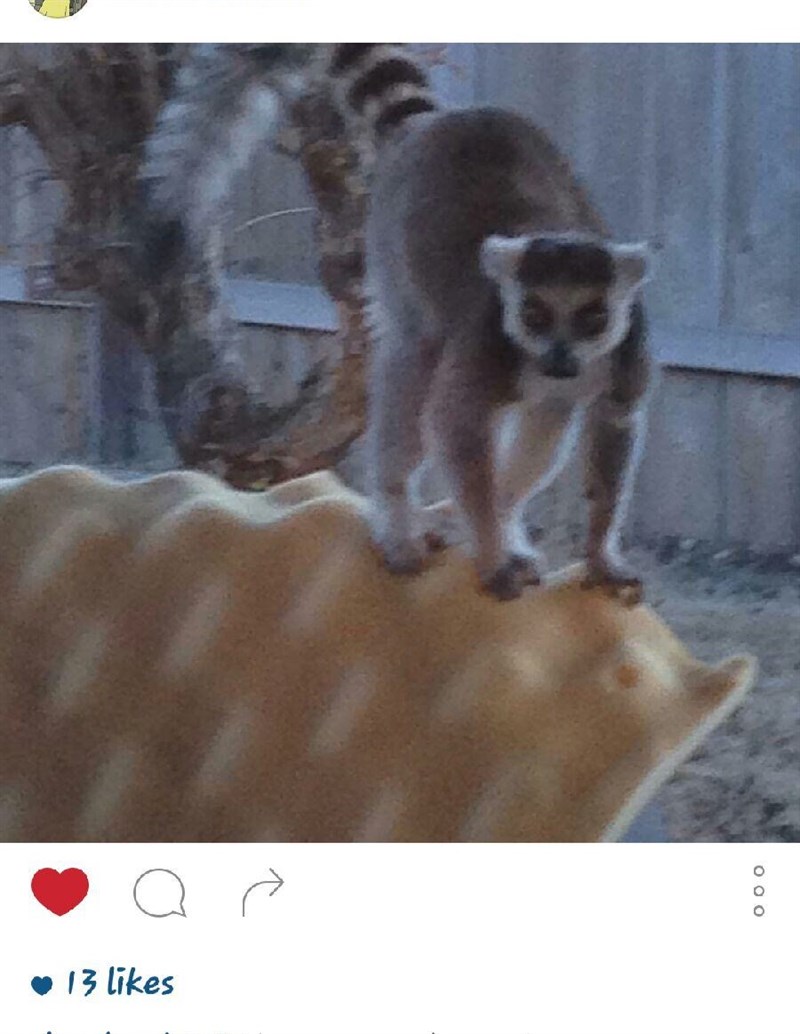 “Wild animals do behave wildly and you could be harmed or injured trying to interfere,” says Stoots.

It is legal to own restricted species with proper permitting. According to the Sacramento Zoo there are about 15,000 privately owned non-human primates in the United States alone. The DFW says there’s no one living in the Turlock area with the necessary permits to own a lemur and no one has reported missing one.

Candelaria says handling cases like this is a little known part of the zoo’s role in conservation. Visitors to the Sacramento Zoo will be able to see the Turlock lemur. He’s temporarily on display near the other lemurs in the hopes that he'll pick up some social cues.