The average height of the animals at the Sacramento Zoo increased over the weekend when a baby giraffe was born Sunday.

The baby Masai giraffe is six-feet tall and weighs 165 pounds.

Melissa McCartney is the Hoofstock Keeper at the zoo. The baby has yet to be named, but is already giving zoo keepers plenty of ideas.

"He needed several of us to help wrangle him for his exam. He's strong, he's sturdy and he's active," she says. 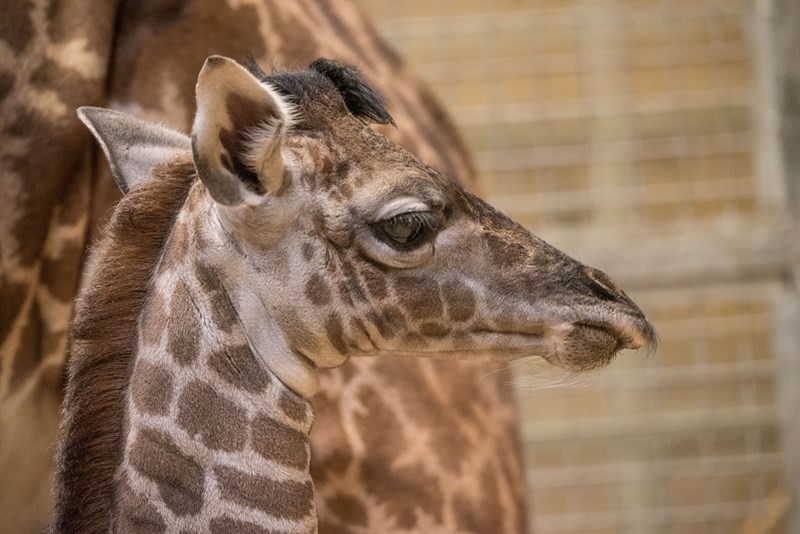 According to McCartney, the calf is also bonding well with his mother.

"Giraffes are not known for vocalizing, but the second we put our hands on him, mom started making a noise that almost sounds like a lion roaring," McCartney says. "It's a very strange sound to hear coming out of what's essentially a tall cow."

The calf and its mother won't be available for public viewing for a little while.

"They have not been introduced to the rest of the giraffe yet —that'll take a few days. We're just feeling it out," she says. "If they seem they need some outdoor space, they'll probably have some public side yards off the barn, but it'll likely be a few weeks before they head out to the big exhbit. We want to make sure that he's sturdy."

The Giraffe Conservation Foundation says the number of giraffes in sub-Saharan Africa has decreased from 140,000 to 80,000 in the past 15 years because of poaching and human population growth.