A group gathered at the Sacramento LGBT Community Center and celebrated the ruling Friday morning.

Among those celebrating is Jann Dorothy, the President of Sacramento's Stonewall Democratic Club.

"It's monumental, it's the biggest decision that's come down in our lifetimes in terms of equality for gays and lesbians, transgender, bisexual folks. We finally have equality," Dorothy says.

Also at the center is Sam Catalano. He says he didn't expect this to happen in his lifetime - and he's thrilled.

"We care about our -- I hate to use the expression -- brothers and sisters in Ohio and Minnesota and Michigan, so we know people. It's just a gigantic family and now all of our family can get married," Catalano says.

Shelly Bailes and her wife Ellen Pontac were there at the center this morning when the decision was announced. Bailes says today is one of the best days of her life.

"There are other happy days, the day I met Ellen, the day I had my two kids and the day I married Ellen, but this is right there on top. . . We've been working for this for about 30 years and I feel like, even though I know we have a lot of work to do I feel like today is a day to celebrate," Bailes says. 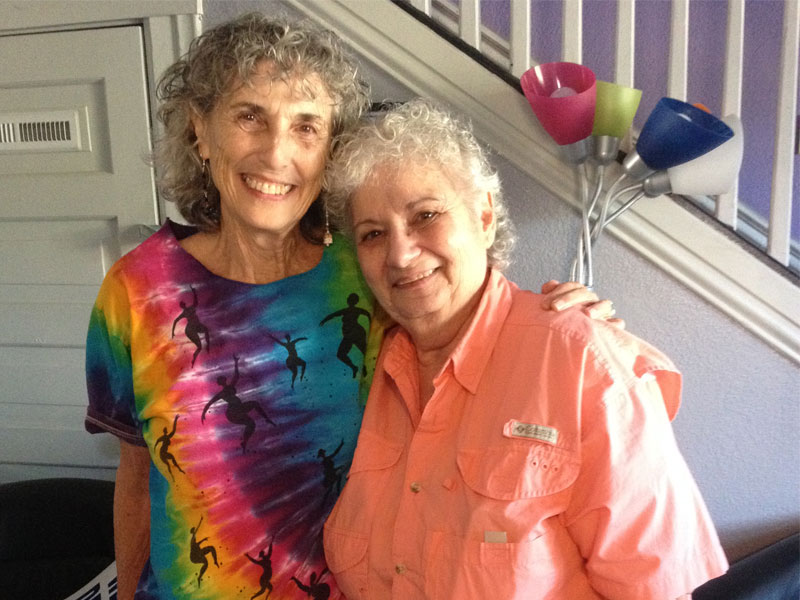 Prof. Leslie Jacobs, a professor of constitutional law at the University of the Pacific's McGeorge School of Law and the Director of McGeorge Capital Center for Public Law & Policy, weighed in on the decision's effect on California as well.

"As far as a legal addition, there's not much that same-sex couples don't have here in California, but I think if you talk to same-sex couples or gay people, they would say that this is a huge symbolic affirmation of their position as citizens of the United States," Jacobs says.

California Gov. Jerry Brown issued a statement about the ruling. He called the road to equality long and winding and said that the highest court has upheld a principle enshrined in our Constitution.

Celebrations are planned in Sacramento, including a rally at the state Capitol at 6 p.m.

SaveCalifornia.com, which calls itself a pro-family organization, says the ruling today should be ignored by states which define marriage as between one man and one woman.

Jason Howe with Equality California says the US Supreme Court decision to legalize same-sex marriage nationwide will still have repercussions in the state. Howe says the ruling means California LGBT couples can now move around the country without worrying about losing their rights.

"Our country was built not just on the ideas of freedom and equality, but on the idea that your status doesn't change when you move from state to state. That's not supposed to happen," he says. "So on a concrete level that is something that California couples, families will now be able to enjoy."

Howe says the ruling is a reminder that people in the LGBT community are full citizens of the country. However, he says there are still several areas where progress is lagging. For instance, he says a majority of states don't have anti-discrimination laws in place to protect LGBT people. California does offer several legal protections to the LGBT community.