Meteorologist Michelle Mead with the National Weather Service in Sacramento says an eight-station index of Northern Sierra reservoirs has been in a boom-and-bust cycle.

"December we did quite well, we were 150, at one point, 180 percent of average in those gauges," said Mead. "Well January, guess what? The tap shut off, we were high and dry literally for six weeks. So we quickly dropped below average." 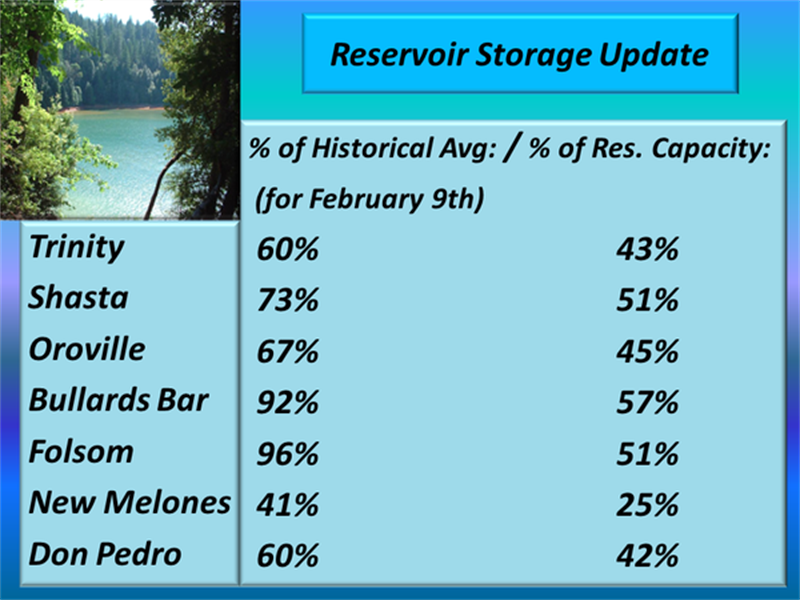 Mead said the recent storms have brought the Northern Sierra 8-station index to average for this time of year.

A 5-station index gauging reservoirs, that feed the central valley and Southern California, in the Central Sierra is below average.

"Those guys got missed totally with the December storms, so they were only at about 40 percent of average," said Mead. "They did a little better with this system, but they're up to about 57 percent of average." 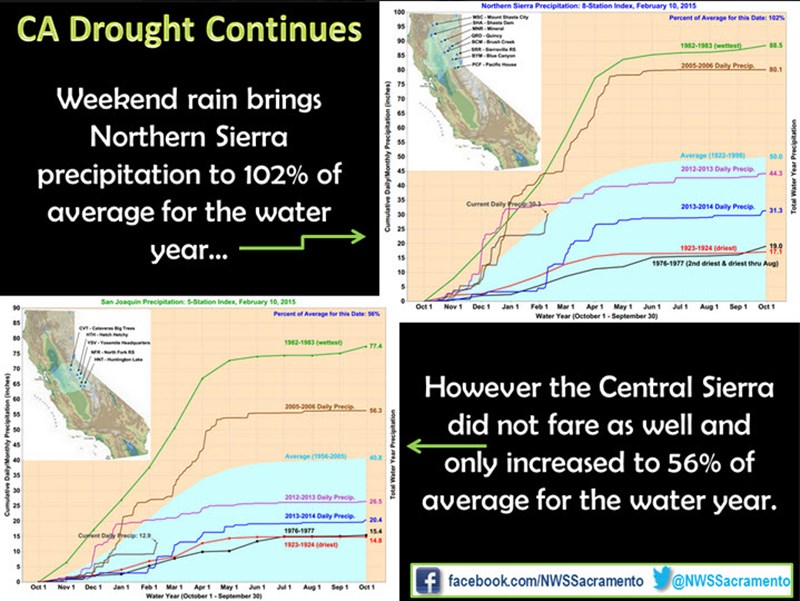 Mead said with a dry forecast, both reservoir indexes will soon be at or below average. And, with few months left in California's "wet cycle," the California drought is expected to continue. 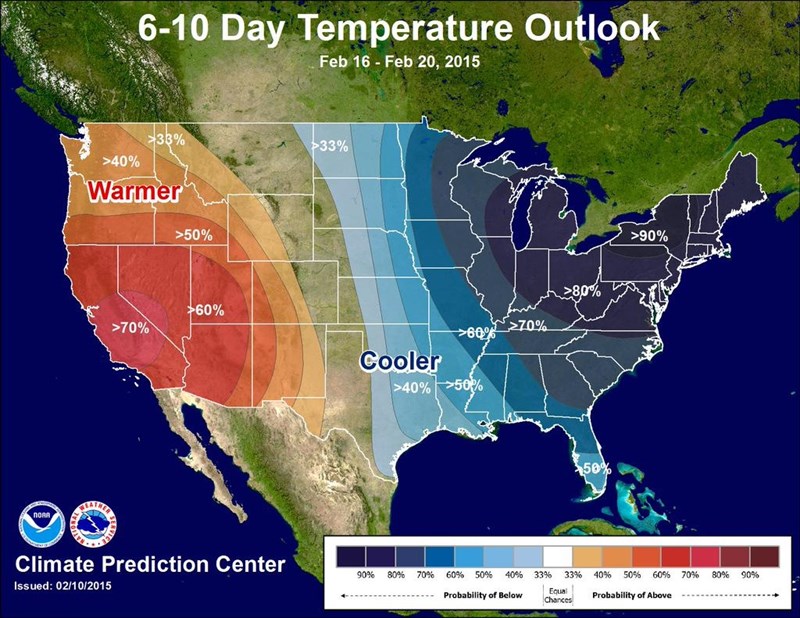 Forecasters have previously said it would take "epic" rain and snow to end the drought.

The U.S. Drought Monitor, released on Thursday, is expected to reflect the benefits of the early February storms, which brought rain to parts of California that suffered through a dry January. San Francisco, Redding, Sacramento, Stockton and Modesto are among the cities that had their driest January since recordkeeping started. San Francisco recorded no measureable precipitation in January.