For some people living along California's state border, the closest or most convenient care is out of reach.

Kory and Stacey Felker experienced this problem for the first time this year, after they signed up for individual insurance with Anthem Blue Cross.

The Felkers live in Quincy, California with their two kids. The small community rests in an alpine valley at 3,500 feet in the Sierra Nevada mountains, a couple of hours northwest of Lake Tahoe.

Kory Felker says Reno is about 80 miles away. The nearest California city, Chico, is about as many miles away, but requires a longer, more dangerous drive down a windy canyon road. Chico is also smaller than Reno, and its major hospital has more limited facilities. 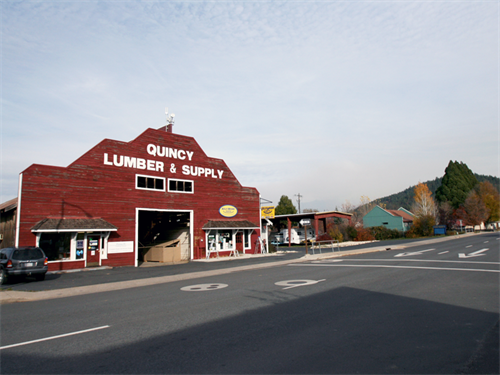 The town of of Quincy, Calif. has about 1,000 residents. Pauline Bartolone / Capital Public Radio

So when Kory Felker found skin cancer on his neck this year, his doctor sent him over the state line for surgery. But then his health took a scarier turn. Kory Felker's Crohn’s Disease led to a perforated bowel. When his condition became toxic, the hospital called Stacey.

“They said, 'He’s having trouble breathing. He’s pretty much collapsed on the floor. Flight care - which is the helicopter - is on its way.' Ok great, I rush out there,'" Stacey Felker remembers.

The local hospital sent Kory Felker to Reno for surgery. That week, the Felkers found out their Anthem Blue Cross plan doesn’t cover routine out-of-state care. Anthem does cover emergencies for individual policyholders, but other care must be provided within state borders. That was a problem after Kory Felker's abdominal surgery.

"So then I called Blue Cross and I said he needs wound care, and they told us, "The nearest [provider] we have is Auburn, California' which is like three hours...from us," says Stacey Felker.

"Kory’s just gotten out of surgery. I’m pregnant. We have two little kids," she says about the circumstances under which they were faced with that travel prospect.

The Felkers now face a tangle of high medical bills, some which may be covered, some maybe not. Meantime, they started getting care in a California valley town, what requires a longer, more dangerous drive than Reno.

“We pay a lot of money for our health insurance, and to be so restricted, I feel like it’s just not fair," Stacey Felker says.

At least 9,600 Northern Californians who live in counties bordering other states have policies through Covered California that don’t cover routine out-of-state care. For many of them, going to Nevada or Oregon may be the closest or most convenient care.

Anthem Blue Cross stopped covering out-of-state care as a benefit for individuals in 2014. It declined an interview, but sent a written statement about the coverage change in their individual market plans.

Anthem Blue Cross has over 90 percent of the Covered California market in Northern California - which includes the region from Mendocino to Nevada County, and stretches all the way north to the Oregon state line.

The coverage restrictions are the same for people who bought on or off the exchange, who bought with or without a subsidy.

He says before the Affordable Care Act, some plans offered broad choice in doctors, and they controlled cost in other ways, such as refusing sick people. But Roby says consumer protections under the new health law have limited the ways insurers can cut spending.

"They basically just negotiated contract with lower cost providers, and so we’ve seen quite a few where the coverage is no longer as portable as it used to be," he says.

The new out-of-state restrictions change the way doctors practice, too. Just 25 miles from the Nevada state line, Dr. Dennie Chez has an urgent care practice in Truckee. He says when a patient needs specialty care, he sends them over the border.

“Reno is what we call downhill," says Chez. "You don’t have to go over a summit in the winter." 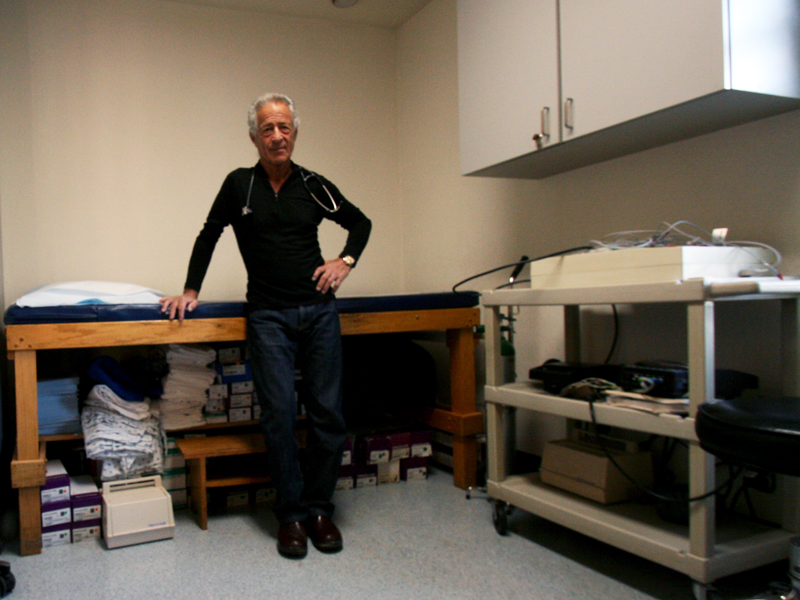 Now that Nevada doctors aren’t accepting some insurance, Chez must send his patients up to four times as far away for care. And, he must form new relationships with specialists.

"I mean insurance should be insurance. I thought it was all backed by Obamacare which is a national program," he says.

There is at least one other option for Northern Californians who want coverage for care across state lines using an individual policy - Assurant Health. But it’s not available through Covered California.