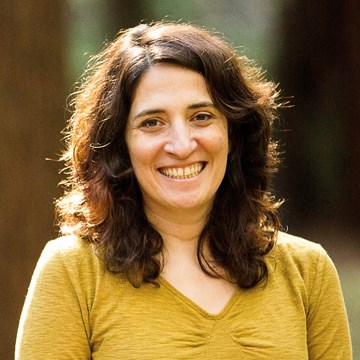 Pauline’s been a journalist for more than 15 years, during which she was Capital Public Radio’s healthcare reporter from 2011-2015. Her work has aired frequently on National Public Radio, and her byline has appeared in The Los Angeles Times, The Daily Beast, CNN.com, Washingtonpost.com, and Scientific American.

Pauline’s been awarded multiple regional Edward R. Murrow awards, national recognition from the Society of Professional Journalists and a first-place prize from the Association of Health Care Journalists.

For the better part of a decade, Pauline freelanced from Latin America. Her reporting on melting glaciers in the Ecuadorian Andes was part of a George Polk award-winning radio series in 2006.

When she’s not producing stories, Pauline’s getting crafty; glass mosaics, knitting and soap-making are just a few obsessions. And she loves learning the Brazilian martial art of capoeira.

Pauline has a master's degree in journalism from the University of California at Berkeley.