The National Weather Service in Reno says "slight changes in wind directions and fire activity" will determine which areas get the smoke.

Since the fire started Saturday, Sept. 13, smoke has affected California counties north of the fire and Lake Tahoe, Truckee and Reno.

In western Nevada, as the King Fire has grown in size, so has the smoke and potential health hazard.

“The public that's most affected would be the young and the elderly and those with existing respiratory illnesses,” said Daniel Inouye, Chief of Monitoring and Planning with the Washoe County Health District Air Quality Management Division. “They're affected by pollution at lower levels. But what we've seen the last couple of days is air pollution that's affected the general public."

But while the winds have carried smoke east to Nevada, the same winds have shifted, bringing the smoke to northern California too. 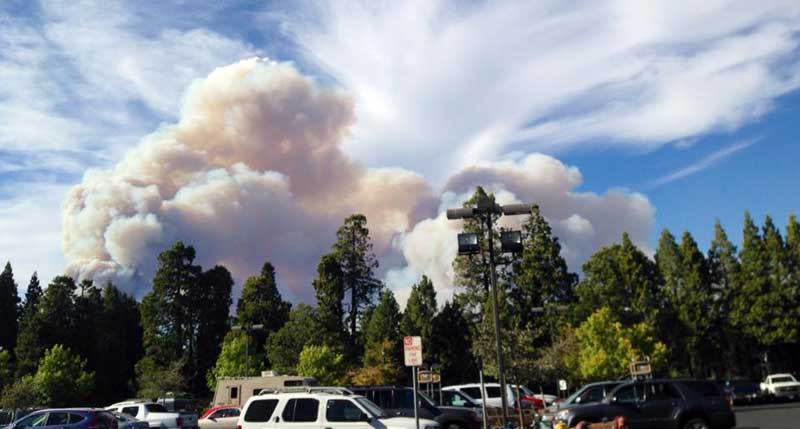 The Northern Sierra Air Quality Management District which covers Nevada, Sierra and Plumas counties, issued a health advisory for all three counties due to smoke from the King Fire.

“We're watching it pretty closely,” said Gretchen Bennitt, Executive Director for the Northern Sierra AQMD. “It's intermittent, that's what we're telling folks. If you can see it or smell smoke, then it's probably at a high enough level to impact you."

Bennitt also advised people not to exercise outside when wildfire smoke is present.

She said the health advisory for smoke from the King Fire has been extended through Friday.