However, the Department of Water Resources say it won't be enough to put a real dent in the drought.

The Department said Wednesday before the storm began, readings showed the water content of the snowpack had dropped to 10 percent of normal statewide.

The state's reservoirs are also only a third full. 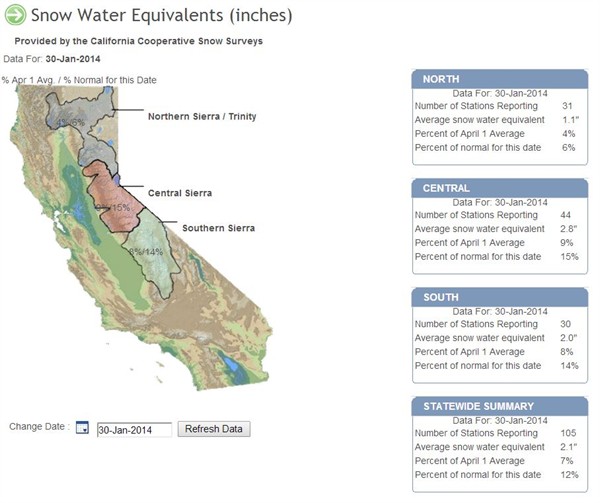