Under the agreement, the San Jose Earthquakes and the Portland Timbers of Major League Soccer will each loan Sacramento at least two players for the entire season.

David Kaval is the Earthquakes' president.

"You're gonna have players who are right at the cusp of playing at the highest level in the United States and North America," he says. "So, the quality of the players goes up, one, and then two, it actually shows kind of a path for Sacramento to potentially get an MLS team at some point by graduating from a second-tier team to a first-tier. So, it's pretty exciting."

Sacramento Republic FC President Warren Smith says the team had previously agreed to play its first season at Sacramento City College.  But, the MLS said the field at Hughes stadium is only 64-feet wide, which is below the league minimum.

“They said, ‘You can operate your business anyway you want, but that’s how we view it.’  So, obviously, we listened and reached an agreement –a tentative agreement that we’re in the process of contracting right now.”

This is Sacramento's first year in the USL PRO league, but team ownership already has plans to follow Portland’s path to become an MLS franchise.

Smith says the team plans to install a new, regulation-sized field with 8,000 seats at Cal-Expo at a cost of about $3 million.

He says the team hopes to go before the Cal-Expo Board of Governors in the near future.

It's Recall Election Day In California. Here's How To Vote. 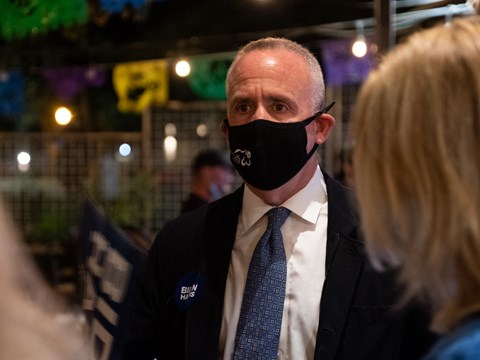