People supporting the soccer team promise to reverse that outward trend and put Sacramento on the map as a "Major League" soccer city.

It's a Wednesday afternoon. Nine-year-old Brighton Stanley sits  cross-legged on the sidelines of one of the Cosumnes River College soccer pitches.

"Did you see that, dad?" Stanley says.

The Stanleys are watching a Sacramento Republic FC scrimmage.  Even in the minor leagues, the ball and the players move a lot faster than at Britton's Pleasant Grove Soccer Club.

"They're passing up in the air. They can pass with their knees, head, chest. So, we don't really have that," Stanley says.

Warren Smith is Republic FC Team President and the man who led the effort to bring soccer to Sacramento. He's excited about the club's first year in the USL Pro League.

He likes what he hears. The team has passed the 5,000 season ticket mark. Smith likes other numbers he says prove Sacramento can support a USL Pro team now and a Major League Soccer franchise in five years. 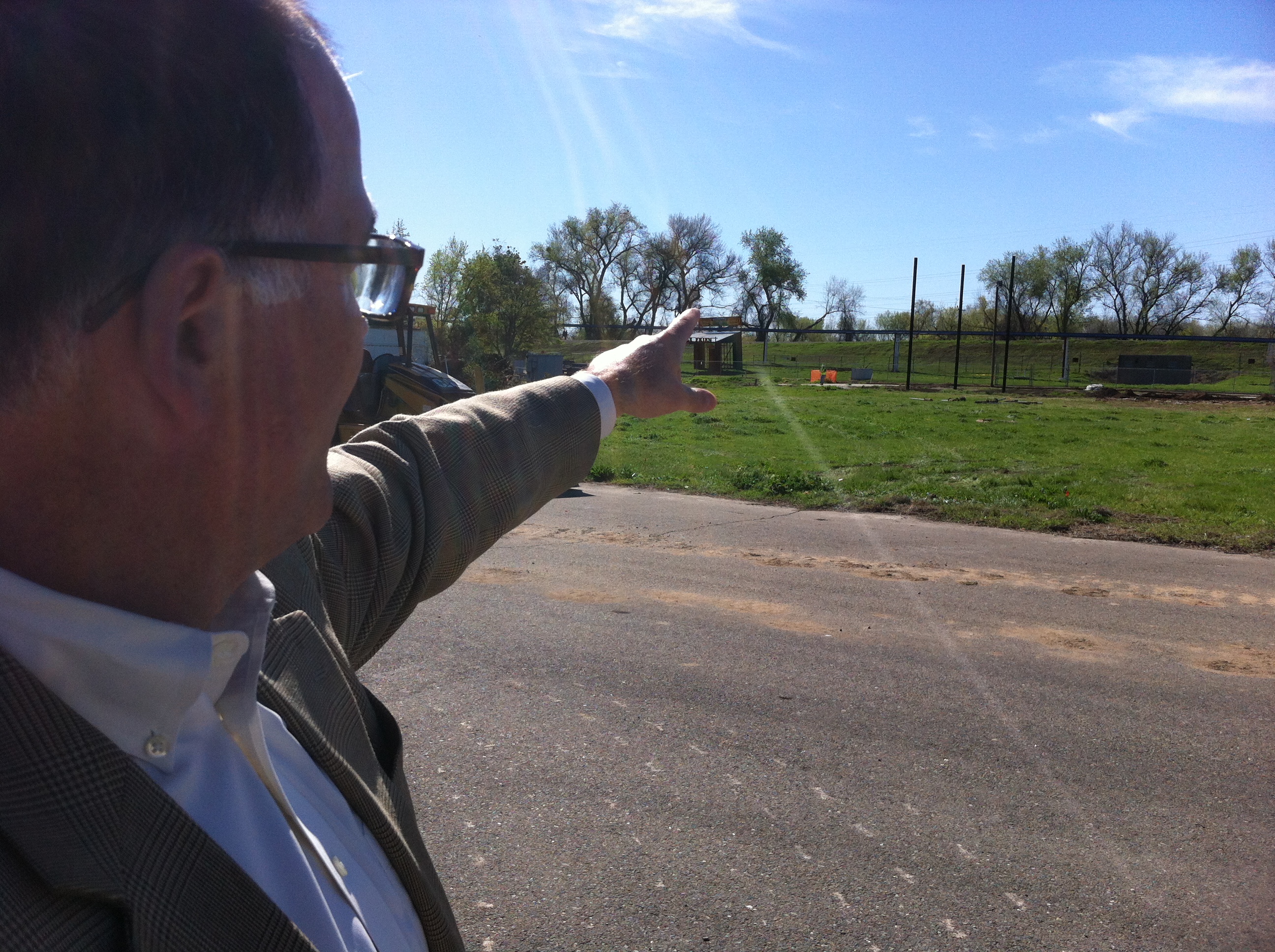 Warren Smith pointing to where a hospitality tent will be near the soccer pitch at Cal Expo.  Bob Moffitt / Capital Public Radio.

Those numbers and Nielsen TV ratings for Sacramento make Smith optimistic. During the last men's World Cup, Sacramento was consistently in the top ten markets nationally for TV viewers and was in the top five for the last two U.S. vs Mexico matches.

If there's a game to be watched, you'll find it on TV at Taqueria Santos Laguna. It's a Mexican restaurant near Sacramento State that's owned by immigrants. They named the business after their favorite Mexican League team. 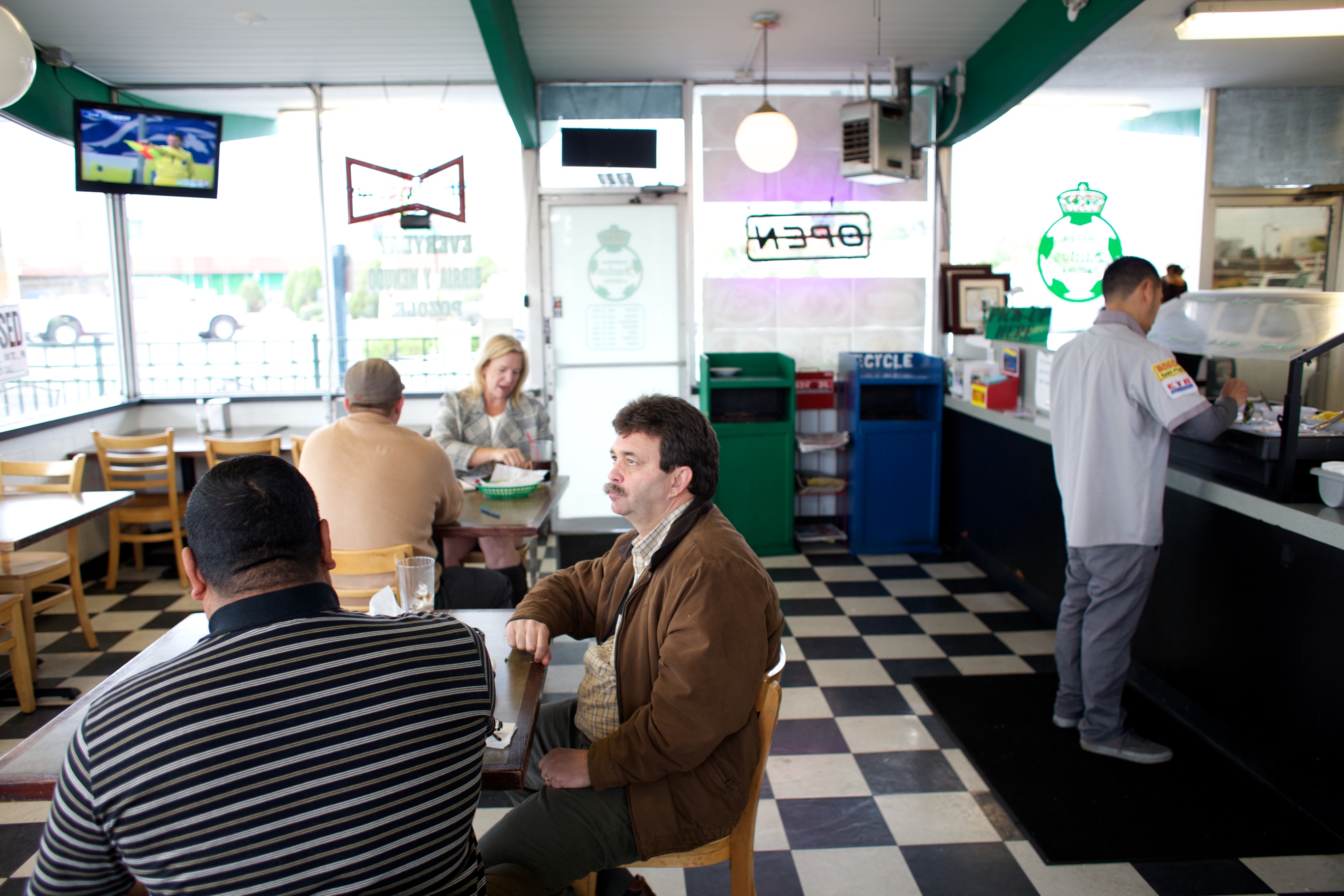 Alejandro Barba runs the register while a Women's Under-17 World Cup match is on one of the televisions. His brother Jorge piles pulled pork on warm tortillas.

"I have to make a lot of tacos today." The green and white Santos Laguna logo is everywhere: on signs, windows, shirts, and soccer balls displayed around the restaurant.

Jorge says they love their team. But they're also excited to have a new team to root for.

"That's a fantastic idea cuz we need a really good team to all people, you know?," Jorge says. "We need a new team on Sacramento to because we got the Sacramento Kings and the basketball and we needed a soccer team over here."

"We have a sport that people can rally around, that all cultures, all socio-economic classes can participate in and enjoy. So, frankly, frankly I think that's awesome. "

Smith says he hopes to build on the success of a USL Pro franchise and move up to Major League Soccer.  To him, the highest level of sport is the important attainable goal, even though it might not be the sport most publicly discussed by city leaders in the past.

"I'd love the NFL to be here. I'd love Major League Baseball to be here. We've tried, but they're not coming. This is a league that's growing. We might as well capture a franchise when a league is growing. That's the easiest time to do it."

Right now, he's supervising construction of a temporary stadium at Cal Expo, but he's thinking about a $100 million, 18,000-seat stadium in the future. 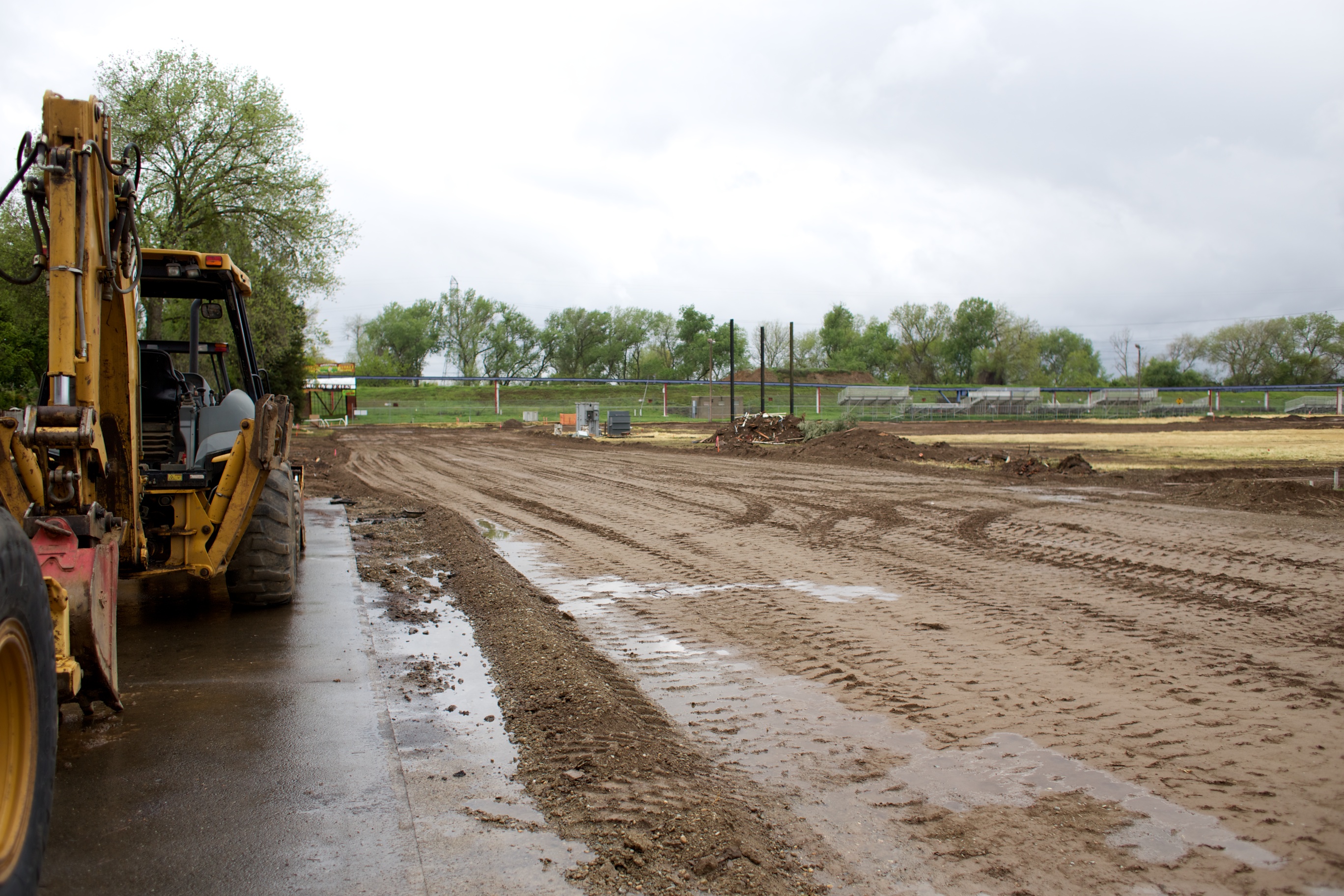 "We can create a venue that has an impact like Portland or Vancouver or Seattle has and that's focusing on a downtown urban core: downtown transportation around bars and restaurants, ultimately easy to get to, hopefully walkable."

The Portland Timbers and San Jose Earthquake of MLS are supplying Sacramento with four players this year, including starting goalie Jacob Gleeson. He was on the Timbers when the club made the jump from USL Pro to MLS in 2010.

"They were getting 15,000 people in USL and they brought the soccer-specific stadium and now it's almost famous around the world for the soccer and it's just a love of the game up there. So, what I've seen a glimpse of so far is Sacramento could be one of those teams as well."

It's more than a little ironic that Smith began his soccer education while trying to kill soccer in Portland in 2007. While Smith was with the Sacramento Rivercats AAA baseball team, Portland's minor league baseball team went bankrupt. When the Rivercats were asked to run the team and a soccer team that came with it called the Portland Timbers. Smith says folding the team would have eliminated 30-percent of the team's debt. But, people in Portland rallied behind the team and persuaded him otherwise.

"Mayor Paulson bought the team in 2007. He said he wanted to get to MLS. Three years later he got the franchise and look, they're the third-most valuable franchise in MLS today. So, he showed me how much we didn't know."

If Smith's Major League Soccer dreams are to become a reality, Sacramento will need more than his enthusiasm. It will need his experience.

Fifteen years ago, he helped land the Sacramento Rivercats and then orchestrated construction of Raley Field. Last year, Forbes ranked the team as Minor League Baseball's most valuable franchise.

Fans like Brighton Stanley and his dad Chris say they're ready to help Smith do the same for soccer.

Sac Republic FC will start its 2014 campaign tomorrow on the road. The first home game will be April 26 at Hughes Stadium. 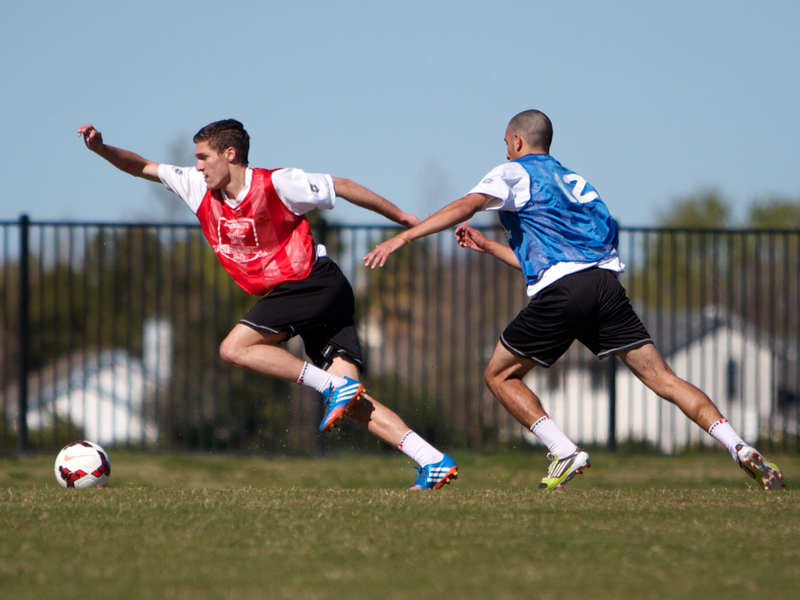