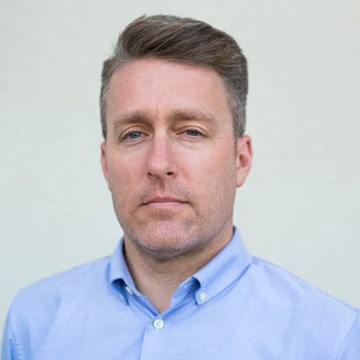 Nick Miller is an award-winning editor with more than 15 years of newsroom experience. Most recently, he served as a lecturer at the UC Berkeley Graduate School of Journalism.

Nick previously worked in the world of print journalism. In 2016, as editor-in-chief of the East Bay Express in Oakland, his staff earned several honors, including the prestigious, national George Polk Award for “Local Reporting,” which recognized the paper’s investigation of the Oakland Police Department’s sex-crime scandal.

He also worked as an editor for 12 years at the Sacramento News & Review. Nick oversaw that paper’s First Amendment legal battle with former mayor and NBA all-star Kevin Johnson, work that the Northern California Society of Professional Journalists recognized with a James Madison Freedom of Information Award in 2016. That same year, his paper also won the California News Publishers Association’s “General Excellence” prize for best publication in the state.

Nick has earned numerous awards for both editing and writing, including several CNPA first-place wins. The national Association of Alternative Newsmedia twice honored his reporting on freedom-of-the-press issues, and once for his coverage of homelessness in Sacramento.

When not in the newsroom, you’ll find Nick on the American River bike trail. He lives in the central city with his pug, Bernie (named after the dance, not the Vermont senator). Follow him on Twitter at @NickMiller510, and send news tips to [email protected]