Want to hear how Amy overcame her fear of bees to do this story? Listen to this audio extra

The first thing to know about bees is that I’m deathly afraid of them. It’s called apiphobia and it’s real. I have nightmares.

But bees are in trouble. And while I’d like to think that’s good news, it’s not.

Billions of bees are needed to pollinate dozens of crops around the state. And bees haven’t been healthy lately. 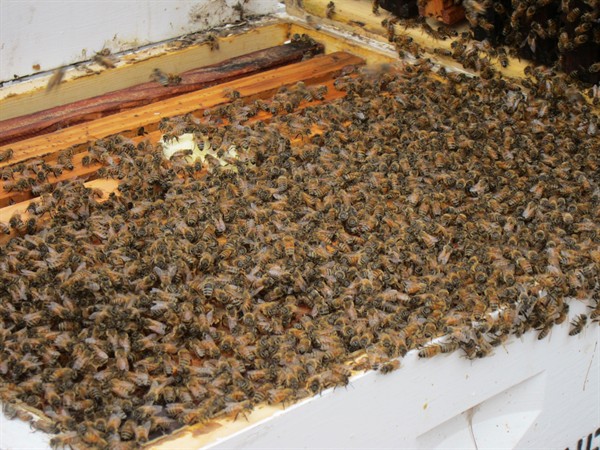 “In a normal year we lose a minimum of 30 percent of our hives that we have to replace, that’s a good year," says Johnson. "That can go much higher in a bad year.”

And with the drought, this is a bad year. Johnson is in his warehouse just outside of Modesto where he makes honey.

“I’m straining it through a fine mesh cloth to get out any impurities, wax particles, possible bee, bee leg or whatever," he says.

"It depends on your point of view,” says Johnson, laughing.

But bee health is no laughing matter. Bees have been hit hard by a deadly unexplained phenomenon known as Colony Collapse Disorder. 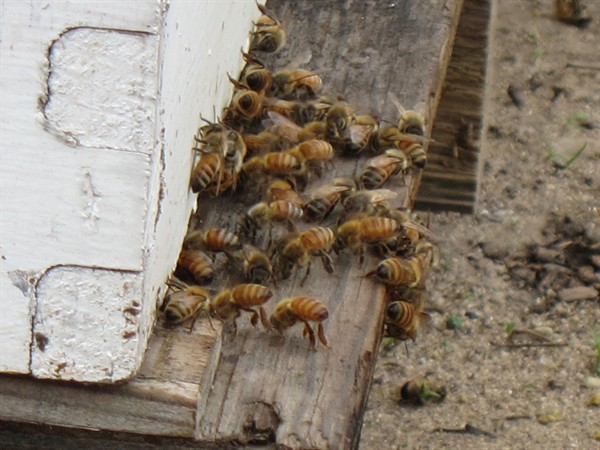 During this drought, California hillsides normally covered with wildflowers have been bare, forcing beekeepers to supplement the bees’ natural diet.

Eric Mussen is an Extension Apiculturist with UC Davis.

“The problem we have there, are that the supplemental feeds, the best ones we’ve been able to manufacture, do no match the nutrients that are in a good blend of pollen," says Mussen. "So they’re malnourished.”

A few years ago, Orin Johnson was producing 100 to 120 pounds of honey per colony. Now he averages about 40 pounds. Strong hives are also important for almond crop pollination, which is where Johnson and other beekeepers get much of their income. 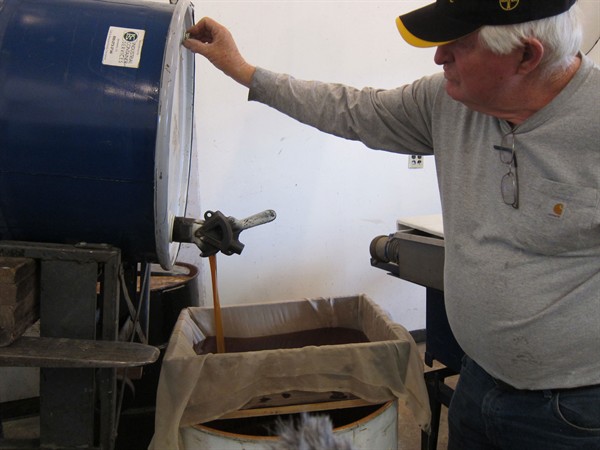 He takes me out to an orchard where he’s making sure there are plenty of bees actively pollinating. I agreed to come along, after thoroughly explaining my fear. Luckily, Johnson brought out the protective bee suit.

“We have to zip this up," he says zipping my hat and face screen into a white jump suit. "You want gloves on too probably?” Johnson asks.

“So tell me the purpose of the smoke?" I ask.

"The smoke calms the bees down. It disrupts the communication in the hive, so they’re less defensive," says Johnson. "It’s a calming effect.’ 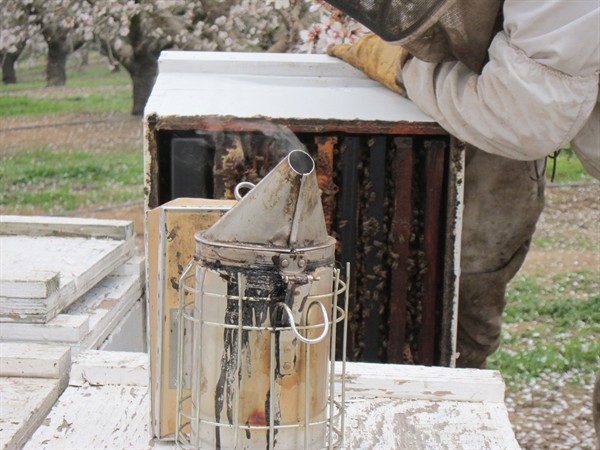 Johnson and his partner open the hive and inspect the frames. More bees on more frames are a sign of a healthy colony. I get up close, reluctantly and perhaps naively as the bees immediately attack my microphone.

“It likes the microphone," I say.

"It’s the color. They don’t like dark colors." says Johnson as he reaches to grab the bee out of my microphone's wind screen.

"You’re reaching your hand on the bee," I say as I become slightly squeamish.

"You even have one on you," says Johnson, pointing to the bee. "How do you like that?" asks Johnson.

"I don’t like it.” I scream. Yes, scream. I'm that terrified. Johnson kills the bee.

I have a new found respect for beekeepers. 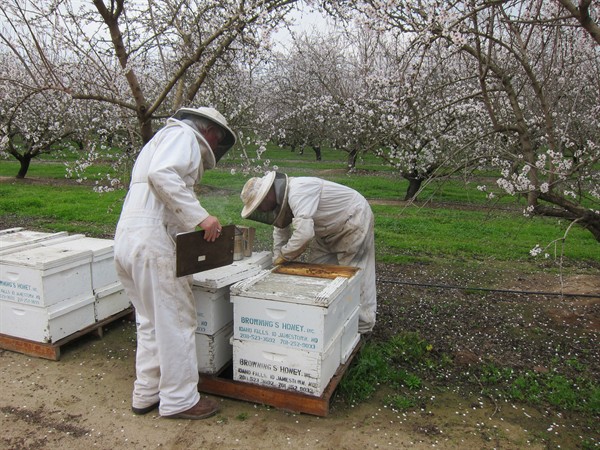 Johnson is one of just 1,500 commercial beekeepers in California. Their numbers are decreasing.

The more beekeepers have to feed the bees, the more expensive it is to maintain the bees and the worse it is for the bees’ health. Apiculturist Eric Mussen worries what may happen when almond pollination ends.

“Temporarily they’re getting some food, but they didn’t get very much before they went into almonds," says Mussen. "This time, when they come out of almonds there’s going to be practically nothing for them to eat.”

Mussen says more bees are likely to die and some beekeepers may just give up. 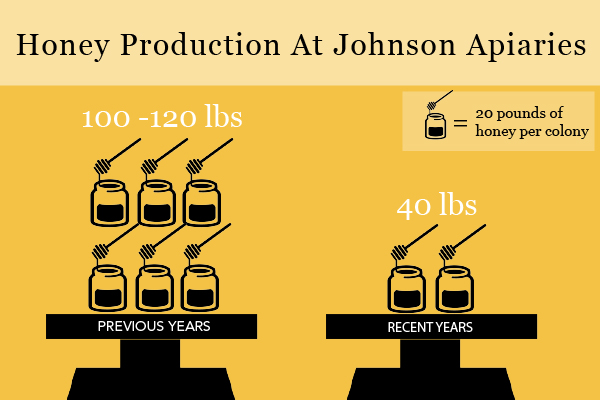