High School Junior Ashton Lee hustles between after school activities. First he makes a stop at the Gay Straight Alliance. There, as club president, he leads a discussion on how to handle holiday stress.

Less than an hour later he’s speed walking across campus, hoping he’s not too late for Junior ROTC practice. He arrives on time. He falls in line and begins marching up and down the field with his squad.

In many ways Ashton is a regular kid. But, at 16, he’s also dealing with a pretty adult situation. Ashton is transgender and has become the face of a new state law that requires public schools to let transgender students use bathrooms and locker rooms and to play on sports teams according to which gender they identify with, regardless of their biological sex.

Before the law was passed Ashton, who is a youth leader with the Gay-Straight Alliance Network, testified in front of the state legislature and delivered petitions to Governor Jerry Brown’s office urging him to sign the legislation.

Ashton knows he’s fortunate. His parents and friends were supportive when he came out as transgender last year. And his school has worked with him to make sure he’s comfortable and safe. For instance, Ashton is now allowed to use the boys’ restroom, which is a big victory after two years of just trying to avoid the school bathroom all together.

Researcher Emily Greytak says Ashton’s earlier experiences mirror those of other transgender kids. Two-thirds say they regularly feel unsafe at school. Greytak is with the Gay, Lesbian, Straight Education Network and studies transgender youth. She says school can be a hostile and unwelcoming place for those kids who, as a result, often underperform academically.

“The harassment and the assault they experience really limits, not only their access to education at the moment, but also their access to future educational and vocational opportunities," says Greytak.

Greytak says bathrooms and locker rooms are especially dangerous for transgender kids. She says inclusive polices can be helpful, if they are implemented correctly.

But critics say the new California law is inadequate. It doesn’t clearly explain how districts should accommodate transgender students, just that they should. Brad Dacus is President of the Pacific Justice Institute, a conservative legal organization that handles religious based cases. The Institute opposes the law and is working to get the issue on next year’s ballot. Dacus says the measure puts the privacy of other students at risk and could leave school districts open to lawsuits.

“It is a huge farce and misnomer for us to think for one moment that girls are not going to be uncomfortable for a biological boy, who they know is a biological boy, comes into their bathroom while they are using the bathroom facilities," Dacus says.

He says the state law could actually hurt transgender kids because it doesn’t require schools, counselors and parents to develop specific plans for transgender students. He says his organization will keep working to overturn the law.

But similar policies may already be taking hold locally around California. Several school districts already have transgender student guidelines in place. And in 2012 the California Interscholastic Federation, which oversees high school sports, ruled students should have the opportunity to participate in CIF activities according to their gender identity.

For Ashton, the outcome of such policies is clear.

“I’m way more comfortable at school. I feel safer. I don’t have to worry. I can be who I am without having to worry about any repercussions," he says. "It’s the... it’s the best thing since sliced bread.”

VIEW THE POLL AND RESULTS 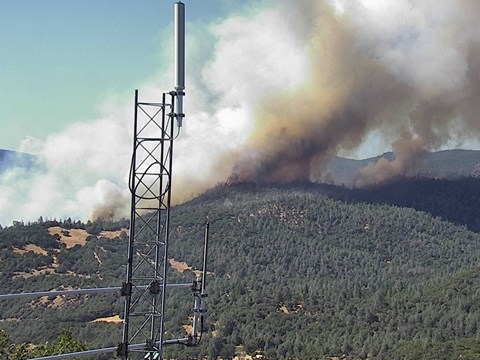