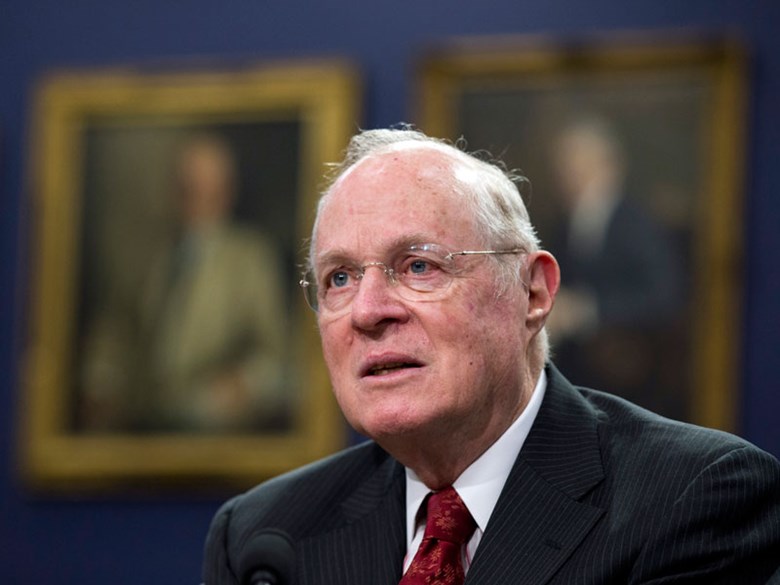 Join us this evening, June 27, 2018, at 6:30 for a special broadcast of KQED's Political Breakdown focused on the retirement of Justice Anthony Kennedy. The show will explore his legacy as a Californian, the rulings that have had the most impact on the state and what his departure means for the court.
The show will be hosted by Scott Shafer and Marisa Lagos of KQED’s Politics and Government Desk. They will be joined by a special guest to discuss Kennedy's legacy and the future of the court without him.