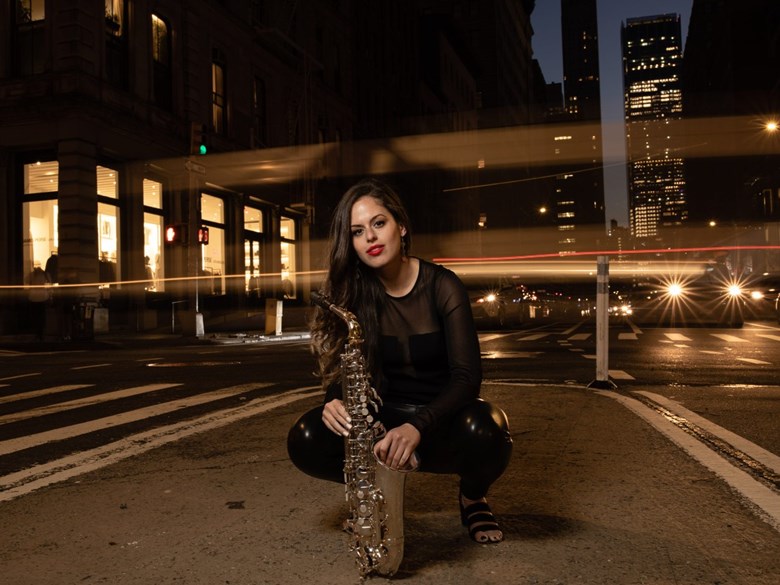 Alexa Tarantino is an award-winning saxophonist, woodwind doubler, composer, and educator based in New York City. One of the hardest working and most versatile musicians in jazz today, her new album “Firefly” is her third solo release in the last three years.

CapRadio’s Andrew Mills spent some time with Alexa where they discussed her new album, recording during a pandemic and taking advantage of a quarantine to learn a new language.

On recording during a pandemic

There was very minimal opportunity for rehearsal because, of course, everything was virtual leading up to the date. And also, they had a certain amount of days in the studio and because of COVID protocols, there could only be a certain amount of people going in and out. It worked out beautifully that it was a rotating group. I think it created a nice opportunity for everybody just to gel and connect after so many months away.

On the concept behind her new album “Firefly”

Originals that I wrote on the record, I actually wrote in the form of a suite. So, there are six pieces. I called the suite, in my head, “A Moment in Time” to reflect this time that we’re in right now. I actually wrote it all in July and August of 2020, so mid-pandemic. The idea with the suite is that it takes you through a day in time. So, there’s morning, early afternoon, afternoon, and evening, and night. All the different parts of a day. Sort of the journey of a creative person or an artist and what it’s like just having that isolated day.

On the suite’s final movement

The last piece in the suite is called “The Firefly Code.” No matter what happens, we all have our own light to shine like a firefly. It can be dim, and it can be bright. I think if anything, during this time we’ve learned the importance of appreciating everybody for who they are and not taking anything and anybody for granted. It just kind of came together with this little storyline and the elements of that insect, it was just like wow!  So, I’m gonna have to do some more research on fireflies now because apparently they’re my spirit animal (laughs).

I made it sort of a quarantine goal of mine to brush up on my Italian. I love being there. It’s one of my favorite places and I just felt like this was a good opportunity to take that on as a hobby. And “The Lady in the Garden”, “La Donna Nel Giardino” is a picture of, “Wouldn’t it be nice if I could be, or feel, or do X, Y, Z?” And so that’s sort of the vibe of that piece. It’s like your little paradise. Yeah, I’m certainly trying to figure out a way to spend more time over there once things open up.