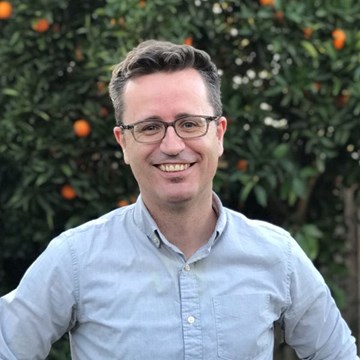 Andrew Mills has been committed to promoting quality music in his community as a performer and educator for most of his life. Before joining the music team at CapRadio, Andrew enjoyed a 20-year career as a professional guitarist. He's performed in over 90 countries, and offered his talents to numerous recordings as well.

A proud Canadian ex-pat, Andrew completed his music education in jazz performance at Mohawk College in Hamilton, Ontario. There he studied under several Canadian jazz greats, including Dave McMurdo, Pat Collins, and Geoff Young. He also had the honor of participating in masterclasses with Rob McConnell, Ed Bickert, and Wynton Marsalis.

When he isn’t hosting Excellence in Jazz, there is a good chance you can catch Andrew performing throughout the Bay Area, Tahoe, or anywhere in between.