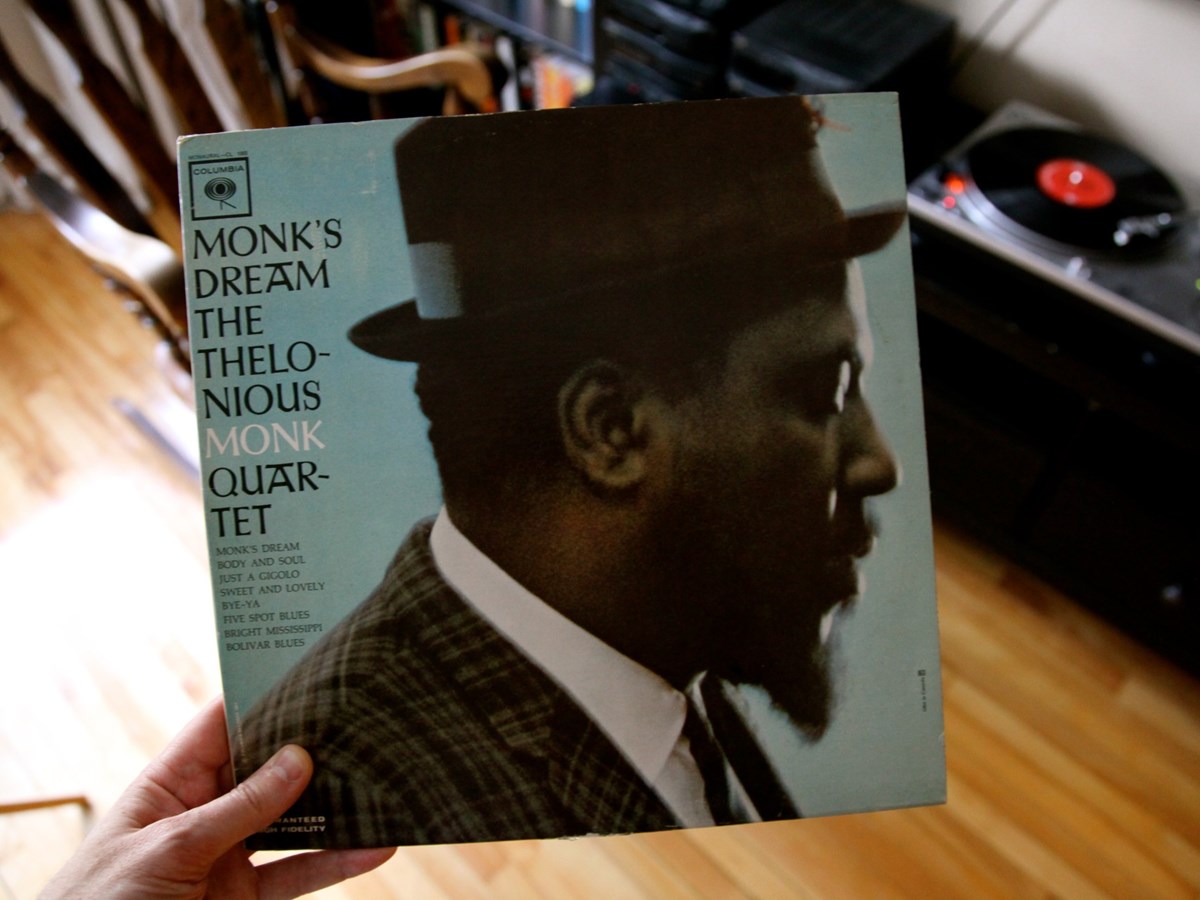 This month we celebrate the birthday of one of the truly unique personalities in jazz: Thelonious Monk.

Born on October 10, 1917, Monk created a style of improvisation and a repertoire of compositions that were as delightfully unpredictable as his personality was infamously eccentric. With his music’s whimsical dissonance and knack for keeping musicians and listeners on their toes, Monk would become the second-most-recorded jazz composer behind only Duke Ellington.

In music, as in life, Monk played by his own rules. Trumpeter Mike Malone, a jazz theory and harmony professor of mine, put it well when he wrapped up our final class of the 2000 fall semester and said, “everything we’ve covered, in essence, are the basic rules you need to follow to be a jazz composer… unless you’re Thelonious Monk.” As funny as this statement is, it has stuck with me for 20 years because the more jazz I listen to, the more I realize how right my professor was.

Monk and his music are in a class by themselves. His compositional list is expansive, but each tune is a jewel in the immense crown of the jazz repertoire. It is for this reason that I found such difficulty in narrowing this month’s playlist to a handful of tunes. However, with the recent release of “Palo Alto,” a live recording of Monk’s quartet in a high school auditorium lost for 50 years, and the 103rd anniversary of his birth this month, I would be remiss if I didn’t try.

In 1968, sixteen-year-old Danny Scher wanted Thelonious Monk and his quartet to perform at his Palo Alto high school for a benefit concert. Scher had previously been able to book Vince Guaraldi, Jon Hendricks and Cal Tjader for other benefit concerts, so the fact he was able to convince Monk to perform — and that he would go on to have a career as a concert promoter — wasn’t particularly surprising.

What is surprising is how the recording of this concert that would eventually be released on the Impulse! label as “Palo Alto” came to be. If not for an audio enthusiast school custodian who agreed to tune the piano in exchange for being allowed to record the show, this album would not exist. The reel-to-reel product of this custodian whose identity remains unknown was placed into a box by Scher following the concert, where it would remain for 50 years.

Listed here are the first three tracks of this previously unheard release. In “Ruby, My Dear” and “Well, You Needn’t,” two of Monk’s better known compositions, we hear his quartet with tenor saxophonist Charlie Rouse, bassist Larry Gales and drummer Ben Riley at their best: free, uninhibited and full of joy.

In his solo piano rendition of “Don’t Blame Me,” the only non-Monk composition on this list, we’re reminded of Monk’s ability to interpret a standard how only he could. His flat-fingered runs, quirky use of harmony and rhythmic decisions hit your ear like paint on a canvas from the brush of Jackson Pollock.

When a jazz lover reads the liner notes of an album and sees Ray Brown, John Clayton or Christian McBride listed as the bass player, they can rest assured the rhythm section is in good hands. When they see all three, they can expect a unique experience not unlike listening to Thelonious Monk for the first time.

This bass trio performance of “Blue Monk” recorded live at Scullers Jazz Club in Boston in 1997 would have been unthinkable from a technical standpoint in Ray Brown’s younger days. Thankfully, recording technology at the time of this performance was sophisticated enough to capture every subtle nuance as these three masters converse over Monk’s famous blues in B-flat just as beautifully as Domingo, Carreras and Pavarotti did with “Nessun Dorma.”

The like-minded approach to improvisation of pianist Fred Hersch and guitarist Julian Lage in this duet recording of “Monk’s Dream” serves them — and the audience — well. They capture Monk’s spirit by utilizing all of the wonderfully eccentric quirks one would expect from his music, but neither stray from doing so in their own voice.

Both Hersch and Lage are fearless in their use of space, which allows each musician to shine. However, the improvised counterpoint put on display in this piece almost fools the listener into believing they are listening to one musician. Recorded over 30 years after his death, this performance is pure Monk.

“Think of One” — Robert Glasper

This recording of Thelonious Monk’s “Think of One” from Robert Glasper’s 2009 album “Double-Booked” sounds almost nothing like what one would expect from Monk himself. That’s undoubtedly a good thing and it speaks volumes to the versatility of Monk’s music.

Glasper’s virtuosity and creativity on the piano are on full display. His well-established sound, influenced heavily by Miles Davis, as well as hip-hop, jazz and R&B, is also evident as he’s accompanied by a rhythm section of drummer Chris Dave and bassist Vicente Archer.

It seems only fitting that I complete this list with another recording from Thelonious Monk himself. Monk’s music and his fearlessness around immersing his whole self into his music puts me in the best kind of mood. I hope it does the same for you. Please enjoy “Monk’s Mood” from “Thelonious Himself.”