This week organizers of the Sacramento Music Festival announecd that after 44 years, the festival would be coming to an end.

During most of the 1990's, CapRadio presented 12 hour live broadcasts from the Sacramento Jazz Jubilee (later to be known as the Sacramento Music Festival), featuring a wide variety of bands performing everything from traditional jazz and blues to Latin jazz, zydeco and gypsy swing.

Our live broadcasts continued into the 2000's but were shortend to 6 hours. I have many memories of sharing ideas at the broadcast table with great international artists and coordinating matters (many times on the fly) with the assistance of Paul Conley, Mark Jones, Nick Dragos and Matias Bombal.

Our own Mick Martin was an annual presence at the festival, organizing blues sets and performing with his own Blues Rockers.

The late bassist Roger Krum, who in addition to serving as executive director of the Sacramento Traditional Jazz Society, which produced the festival, also kept extremely busy performing all weekend with the Fulton Street Jazz Band. He was a joy to work with in planning our broadcasts.

We produced several radio features over the years related to the festival.  Here is a sampling from the CapRadio archives:

Mick Martin on blues at the Festival

Traditional jazz bands from other countries were always a big draw at the festival.  Steve Milne filed this story about Hungary's Hot Jazz Band in 2003.

From the start a major focus of the festival has been on raising funds for youth education. Steve Milne did this story on one of the STJS-sponsored youth bands, The New Traditionalists (TNT), in 2004.

Here's another story from August of this year featuring Bria Skonberg who performed numerous times at the festival as soloist and with her former band Mighty Aphrodite. 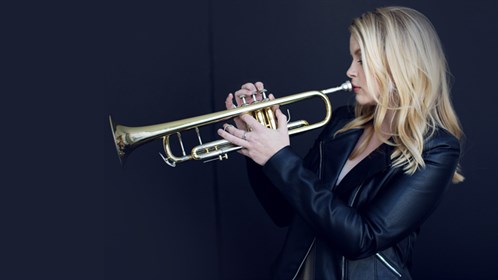