Rudy Browne began the Faces of Jazz series in 2004 as a tribute to the musicians and their music.

I grew up in a musical household in the Bay Area. All my siblings played multiple instruments. My father said there was music to suit every taste, my mother believed only in classical music. When I was 13, upset by my lack of musical progress, she asked if I liked music at all. I replied that I did. She asked what in particular. I said as much as Puccini made me cry, I found classical music redundant. The conductor might up or slow the tempo a beat, but the notes remained the same.

However, I continued, I truly love jazz, (my oldest brother introduced me to recordings of Lionel Hampton, Bird, and Clifford Brown). Disappointed, she asked me to explain. I said in jazz, particularly in live performances, you never know what you’ll experience. You hear songs you think you know interpreted in ways you’ll never hear again. In the mid-fifties and sixties, in North Beach coffee houses and jazz clubs which allowed underage patrons, you could see named musicians for the price of coffee or two Cokes.

Ahmad Alaadeen, said it best, “Jazz does not belong to one race or one culture but is a gift America has given the world.”

I’m an artist and I listen to non-stop jazz in the studio. Since 2004, I’ve worked on "Faces of Jazz, a series of portraits of jazz legends." 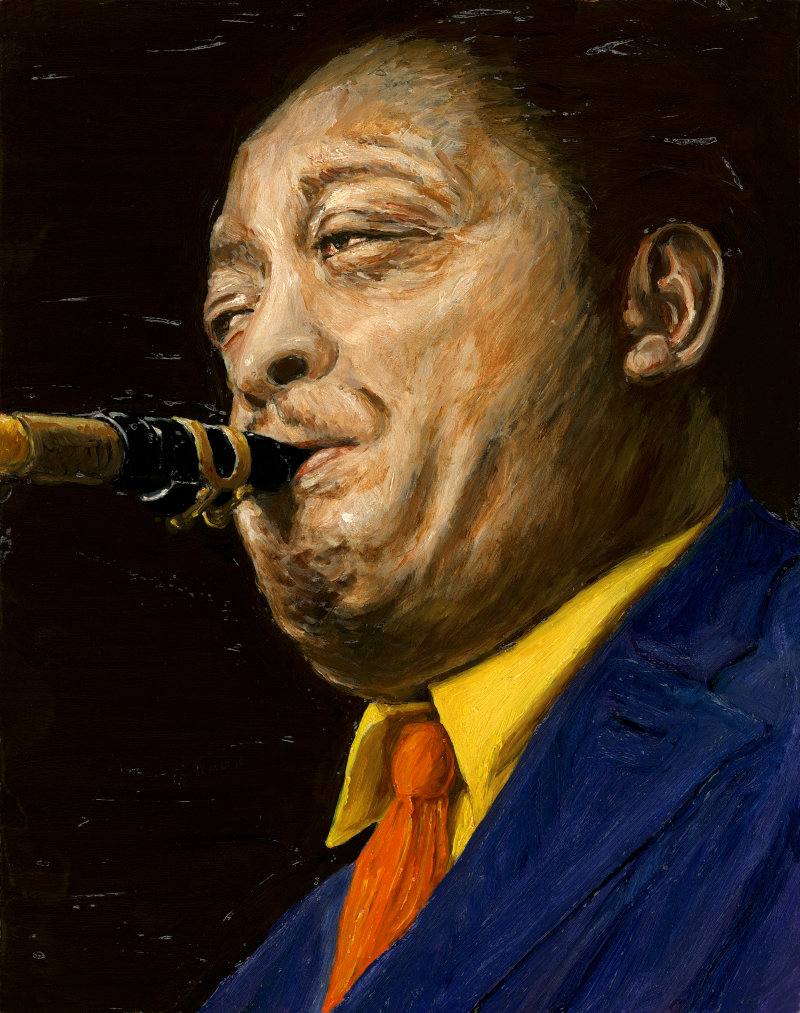