Earlier this summer, Sacramento Soul/R&B artist Basi Vibe released a new track and video for "Wallflower." He spoke with CapRadio’s Nick Brunner about repping Sacramento, staying motivated, and why it’s the perfect time for “Wallflower.”

Basi Vibe: The fact that people are coming out of being so secluded for like a year and some change and you know, people just feel weird and I think above all right now, people just want to let loose and shake it. I like to hear that people, y'know, resonate with it and it makes them want to dance because I feel like that's just what we need right now. So, yeah, I'm really happy that you said that, actually.

I thought it was a great setting to have the Flamingo House be so prominently featured and so much of Midtown on top of that. Tell me about your relationship with [Midtown], because it feels like a character.

You know, I think Midtown, downtown, the grid to me is just a place where I really honed my artistry. I think for most of my life, I was stuck up here in North Sacramento, stuck in Natomas. And it wasn't until I left for college that I actually left Natomas for a good chunk of time. I went to school at Sonoma State and then I came back home. And immediately, when I came back home, I hit the ground running with, like, working as a musician, as an artist, and all of that stuff was cultivated on the grid. And so making sure those areas that seem so familiar to me are featured and people get to see it. And I feel like because I was able to feature it, other people who are in the same boat who also draw their inspiration and their history from Sacramento, downtown, or midtown, they can relate to that. For people to be able to connect like, "Oh that's Flamingo House. Oh there goes the Capitol. Oh, I know that stop sign where Camilla [Covington] did the cool little rollerskate dip thing." So I was really happy to involve, you know, my city.

It's also part of what feels to me like a bigger growing community of really quality music video productions that are so tightly attached to the city and where you shoot them. The Wallflower video also shares a visual style with other videos from Sac artists like Igwe Aka and Camilla Covington.

All three of us work with the same director and the same team. Cedric Crisologo, he's from the Bay. And he's done a lot of music with other artists in Sacramento. So there is some continuity there in terms of like, style and just texture. On top of that, I do feel like there's a cool emphasis on making sure stories are being told. So, you know, it's not just us performing in front of cool areas and stuff like that. I think there's like a cool generation of storytellers in Sac.

Tell me about one of your biggest struggles.

I think motivation and inspiration are [...] things hard to grasp on to. I think it's very good to, in moments of high motivation or high inspiration that you hone in on it when it's at its peaks. And that you tell yourself that you need to be reminded of those moments where you're feeling lazy.

So that you can call upon those moments and recall in those moments, “I decided I love music, I want to do music. I'm going to do music like, every day, that's what it takes. I need to do it.” But when you're lazy and you're not feeling motivated, that just goes out the window, right?

And to me, I think what is stronger than those things is the discipline. And it's that decision that you made to like, “I'm going to do this every day because I said I was going to do it. And just because I'm lazy. That's not going to stop me from, like, going against my word on [doing] the thing that I said that I was going to do, when I was completely inspired.” 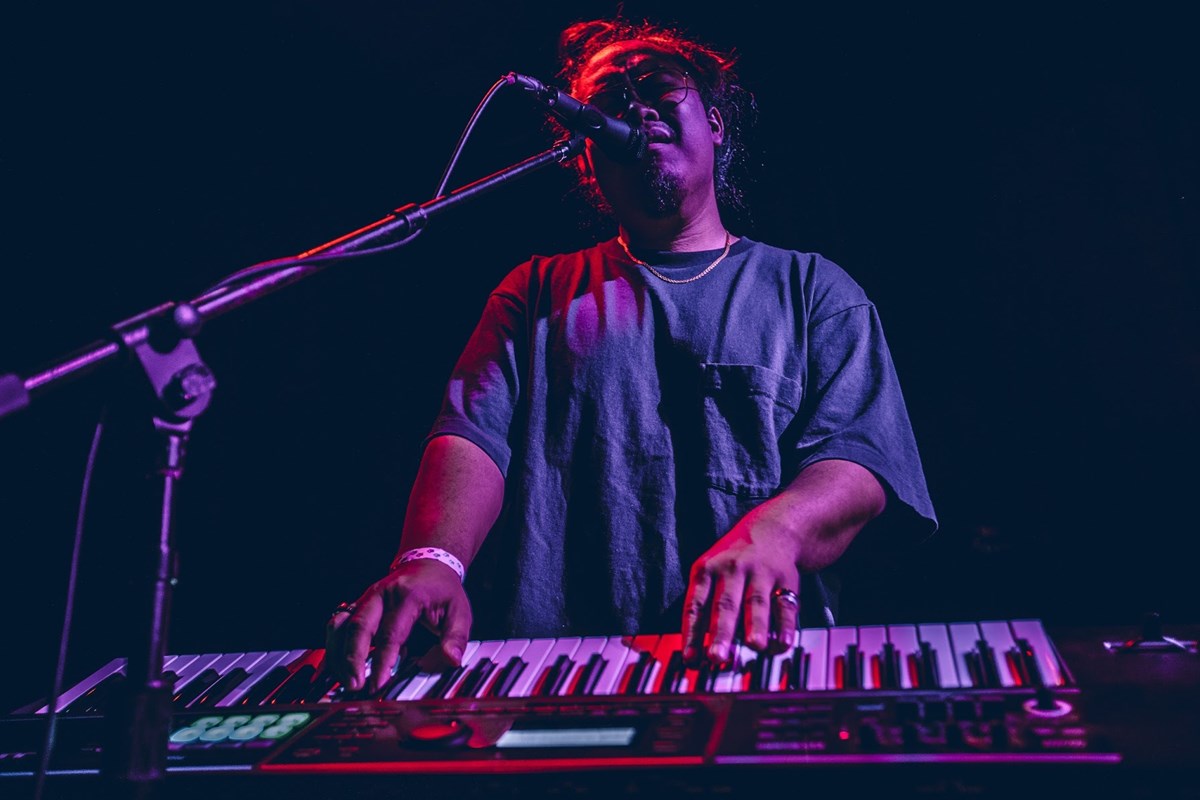 Basi Vibe killin' it on the keyboardsProvided by Basi Vibe

I think lazy is also, if I may, a little hard on creative people. Like you can't just go, "All right. I'm now going to be creative. I'm going to turn it on like a faucet."

Yeah, for me, I definitely have to capitalize on those moments because they come fewer than people would think. So I always find myself like, “oh, I feel inspired. Like don't talk to me, I'm going to go do some stuff.”