Photo by Raoul Ortega, Courtesy of Park the Van

Best Move applies eclectic influences and earnest human connection to their music and runs with it. Add in some beautifully layered soundscapes, twinkling reverb guitars, intimate production, and sentimental lyrics and you have the band's recently released EP Mirror Image Twins.

Back in February, Modern Music Director Nick Brunner sat down with two thirds of the Sacramento based trio, Kris Anaya and Joseph Davancens, to talk about making music as Best Move, any hold over influences from the pair’s prior electronic project Doombird, and hopes for what it might be like to play a live show again one of these days.

Kris Anaya: The last show that Joe and I went to before the pandemic, we saw you there, it was Andy Shauf. We loved his performance because the band just sounded incredible. And they were like so tied into the record and the sound of the record. And I think everyone in the audience really kind of noticed that.

And so when Joe and I left that, we were like, “Oh, we got to step up our game.” We need to get better gear. We need to practice more and stuff like that. And we want to get this sound between, like the record and live and put it together and the pandemic happened. [Chuckles] So that didn't happen.

But we're still hoping to, when we get back and play a show to kind of give the audience that kind of vibe you know? Where they come in and they go,’ “Oh, they really performed the sound on the record, like they said they were going to.”

Yeah, that Andy Shauf show reminded me of something. When I saw it, I was amazed by how one to one the sound was live, that it is on the record. Is that the kind of thing that you want to explore with Best Move?

Joseph Davancens: We're very interested in that and reproducing the record as faithfully as possible live. It's also really hard. Especially with this record, because there's like so many layers on it. And then also, the music is really kind of, it's really quiet and kind of soft and in a way the performances are sort of minimalistic. Especially the drums and our drummer, like, hates us because of this. Not really. But I think the payoff is good. 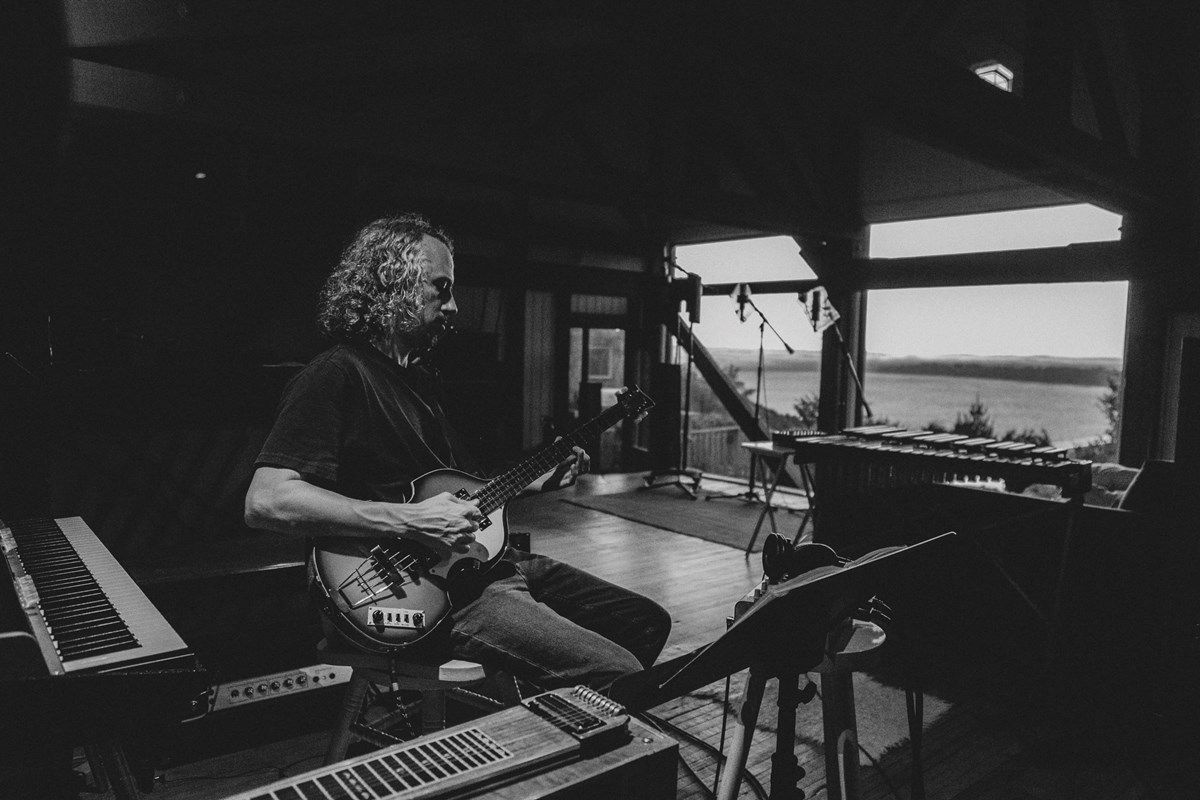 You know, Kris, when I listen to the music you make with Joe and Best Move, I'm taken back to the music you were making as Doombird, a little more baroque pop kind of style. Is that a fair comparison?

Anaya: Yeah. So it definitely does draw that comparison in sound. And it just feels like, you know, with electronic music, I think I was excited to do it because it was something new. But this kind of music [with Best Move] is more comfortable to me, you know, as a singer songwriter.

Just seemed like for me, a place that I wanted to travel back to. So the first person I could think of to work with on it was Joe at the time. And yeah, it kind of just draws back to that old singer-songwriter stuff that seems more natural to me.

Well, it’s not like we're out of the woods pandemic-wise, and we probably won't be for some time. What do you want to do this year that maybe you otherwise couldn't in 2020?

Anaya: Yeah, we've got a lot of things coming up. So we're going to perform a live session at this studio called Panoramic House in March. We're going to film it so we can broadcast it live for people to watch.

And then we're going to release an EP coming up in the next couple of months. And then we're hoping by fall that we'll start playing shows again.

Davancens: Yeah, I can't wait to play a show, and I'm sure there's a lot of people who can't wait to go see shows. I can totally understand and would probably be sort of scared and like, have some trepidation about getting in a room with a bunch of people. But yeah, it's going to be weird when it kind of comes back on.

Is it daunting to have to debut music [right now]? There's going to be so many people vying for so much attention.

Anaya: I think it's gonna be fine. I'm not overly nervous about it. I think that there's still gonna be space for this band. And I think people are gonna want to go out to shows because they like the music, you know? And if we put it on social media and we say, “Hey, we're finally playing a show.” I'm sure that people that liked listening to it, wanna come see us play.

I think I'm mostly concerned about the energy because our music is kind of more emotional in a sense. And maybe some people just want to go see electronic music, you know, cause they want to forget the pandemic that happened. Or maybe they just want to still wrap in some very depressing songs and still enjoy that. So I think that's what I'm kind of most concerned about.

You can keep up to date on Best Move on their Instagram and find their new EP Mirror Image Twins at Bandcamp.

Park The Van · "A Phrase" by Best Move