Listen To Pre-Release Of The Kelps' Obsessive New EP

When Corey Barringer gets stressed he finds himself rinsing his cup two or three times before using it.

“That stems from an illogical fear of being poisoned,” says the frontman for Sacramento rock band The Kelps. “It’s totally irrational.”

Barringer tapped into his stress and pain for the songs on The Kelp’s new EP, For Neurosis. It’s not about stirring up pain for Barringer, it’s about processing that hurt through songs and playing those songs for people who might be experiencing similar struggles.

“I’m not reliving that torture,” says Barringer. “I’m performing it so people can gain something from it.”

The EP’s five songs, all composed by Barringer,  walk through many a dark feeling with a collage of musical styles. 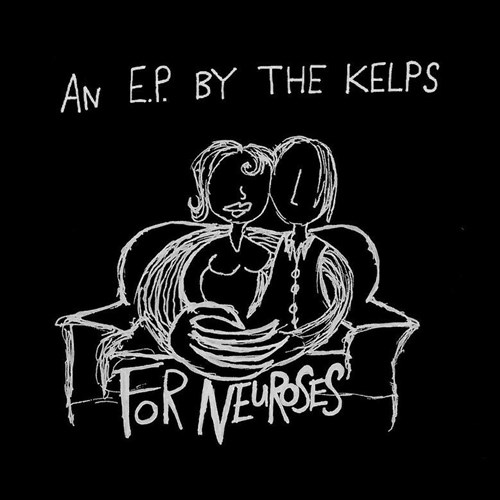 The Kelps - For Neuroses - Track 1: Hope Not

The Kelps - For Neuroses - Track 3: Your Boudoir

The Kelps - For Neuroses - Track 4: Lay It On The Grave

Barringer says his obsessions were much worse in high school.

“I struggled with obsessive compulsive disorder, simple rituals, that sort of thing,” says Barringer. “[For Neurosis] is a loosely themed release. The songs center around a certain obsessive nature.

I wanted this to serve as a soundtrack for someone who’s going through a bad night - and needs to know there’s someone a little more damaged.”

He says he dealt with his obsessions by channeling them into positive things, like the band.

“It takes a certain amount of creativity to spend that time worrying about irrational things. To think of the possibility of someone poisoning you - that’s creative,” says Barringer. “I think the band kind of saved my life in a big way.”

Bandmate Betts says he’s struggled with some of the same obsessive tendencies and being friends with Berringer and being in the band has really helped.

Betts says the key line from the album’s closing song perfectly sums up his struggle.

You’re the only thing that’s keeping me alive.

“Thing” refers to both the obsession and the act of obsessing, Berringer explains.

“I feel that way all the time,” says Betts. “I’ve gone to therapy, but i’m afraid to take medication or fix it to a certain degree because it’s such a part of my life,  such a part of my personality. I’m so impressed that he says it in a sentence.”

Since they first came together to compete in a high school battle-of-the-bands six years ago, The Kelps have seen some lineup changes. Betts says things are pretty solid now.

“It really feels like home, it feels like a family. We’re all so different, it makes sense that we’d create together because we come from wildly different schools of thought. We all hear each other, we all have something to say and we all listen. It works really well.”

You can catch the Kelps energetic live show at their all-ages EP release show on May 16 at Harlows.