Memorial Day marks the start of the music festival season in our region with two music festivals taking place on either side of the river; one long-running three-day festival and a brand new one-day all-local music fest.

Friends and small business owners Danielle Vincent and Ashley Rastad saw a hole in the regional festival circuit and decided to fill it.

They wanted a local festival experience for a fraction of the cost of the bigger events. They wanted a place people could come and get outfitted with all the finest in festival frills and adornments from local vendors before the festival season really kicks off.

“We don’t feel like First Festival will pull any business from Sac Music Festival,” Vincent said. “It’s such a different demographic.”

Mike Testa is marketing director at the Convention and Visitor’s Bureau and helping put together the Sacramento Music Festival.

“I think this region is large enough that it can support multiple events on the same weekend,” he said when asked about The First Festival, although he admitted to not know much about the event.

Rastad and Vincent booked an all local multi-genre lineup. The vendors are also all local and they’re partnering with mobile food truck organization, Sacto Mofo, to bring in a selection of food trucks.

Across the river, Testa says they’re planning on bringing in more national acts and building upon the festivals long tradition of great jazz, while incorporating more styles.

“The traditional jazz element will remain,” said Testa. “This year we’ve broadened in the sense that we’re bringing in a lot more country, blues, alternative rock, and even some old school funk.”

He says they’re still putting the finishing touches on their line-up but they’ll be announcing the headliners soon.

As for First Festival, Vincent and Rastad, hope to create an easy-going, hyper-local, festival experience to get kick off the festival season.

“We’re hoping to showcase what Sacramento has to offer as far as crafting, music fashion scene, that you can find really amazing things right here in your city limits,” Vincent said.

What to look for in festival fashion this year? 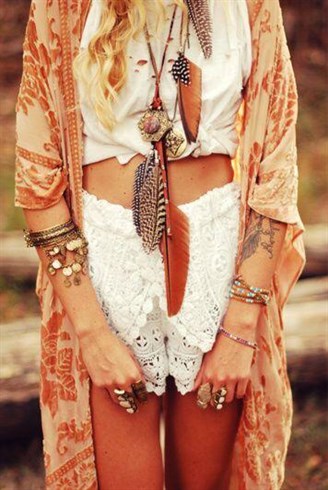 UPDATE: Earlier version of this story said the First Festival will be free. The organizers release a statement late Tuesday afternoon saying due to a lack of sponsorships they will be charging $15 for pre-sale tickets and $20 on the day of the festival.

"It is with a high level of regret that we must alter the format from a free festival to a festival with the most minimum ticket charge possible," the release stated.