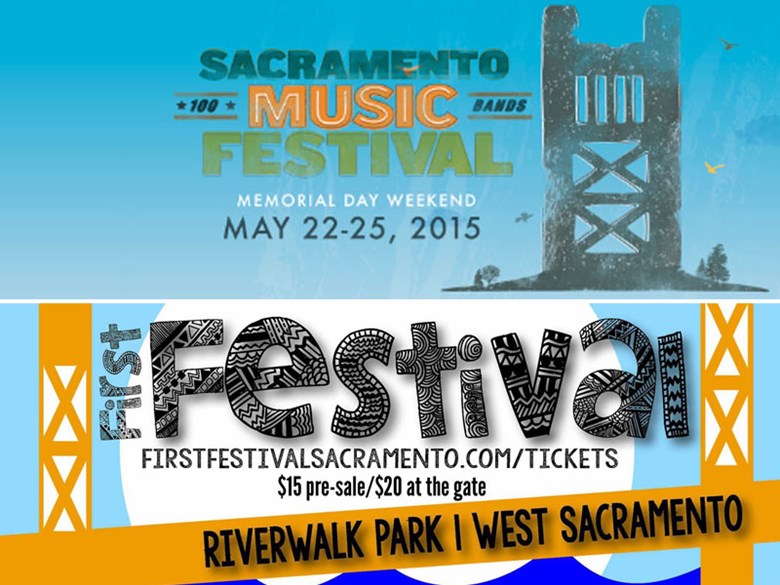 You’re probably familiar with the festival in Old Sacramento. It’s been a Memorial Day weekend tradition for more than 40 years. Formerly known as the Sacramento Jazz Jubilee, the four-day event is now called the Sacramento Music Festival. This year’s headliner is an R&B band that had several big hit songs in the early 1970s – Tower of Power.

“I get asked the most about Tower of Power when I’m talking about the music festival this year, says Mike Testa with the Sacramento Convention and Visitors Bureau which is promoting the festival.

“They’ve got this huge horn section,” says Testa. “They’re a fun kind of party band. So when people think about a music festival they think about a good time.”

Testa says more than 70 bands will be playing at 14 venues throughout Old Sacramento.

“And then,” says Testa “we also have a Spanish night on Sunday night with Malo.”

But the Sacramento Music Festival won’t be the only show this weekend.

Another is going on right across the river. It’s called First Festival. It’s smaller in scale with 18 local bands playing on three stages in one day, Saturday, in West Sacramento’s River Walk Park near the Pyramid building. One of the organizers is Danielle Vincent who owns the Firefly fashion store. Vincent says they didn’t intend to conflict with the Sacramento Music Festival.

“It was actually a complete accident that it ended up running on one of the days,” says Vincent.

Vincent says she and another organizer picked this weekend just based on their own schedule.

“And it wasn’t until a couple of weeks later that we realized it was actually one of the days that the music festival was going on,” says Vincent. “So we didn’t intend to conflict with them or compete with them in any way.”

Vincent says, since First Festival is all about young, Sacramento area bands, its target demographic is different from the long-running Old Sacramento event. And the Sacramento Music Festival’s Mike Testa agrees.

“It’s not something we’re worried about,” says Testa. “I think it’s great. This region is big enough to support multiple events like that. I think what they’re doing is really cool – it’s a locals based event and the ticket price is affordable.”

That ticket price is $20 for the First Festival on the day of the show; compared with $55 for a daily ticket at the Sacramento Music Festival. Another thing that Vincent says sets the two events apart is First Festival’s focus on fashion with 40 vendors selling clothing and jewelry.

“It’s kind of like a Woodstock revived,” says Vincent, “lots of fringe and lace and just a really creative way to address fashion for the day. It’s a concept that it’s the first festival that you go to of the season and you gather all of your festival essentials to go to the festivals that follow. There’s a sense of camaraderie at a festival. It’s really this group environment where everybody enjoys the music.

First Festival’s lineup of local artists includes: the metal band Slaves of Manhattan, the electronic pop of Stationary and the funk-rock group D.U.S.T.

“I do kind of have a partiality to metal,” says Vincent, “so I am sort of excited to see Slaves of Manhattan play.”

Steve Milne: “The Slaves of Manhattan are a pretty loud band. How are you going to make sure that their music and other music from the First Festival won’t reach across the river and interfere with the Sacramento Music Festival?”

“We’re not trying to send that sound and interfere with their festival,” says Vincent. “So we’re conscious of the sound levels. And the way River Walk Park is, it’s narrow, so we don’t actually have to play the music super loud for the crowd to hear it.”

Vincent says the plan is to make First Festival an annual event…just on a different weekend in future years.