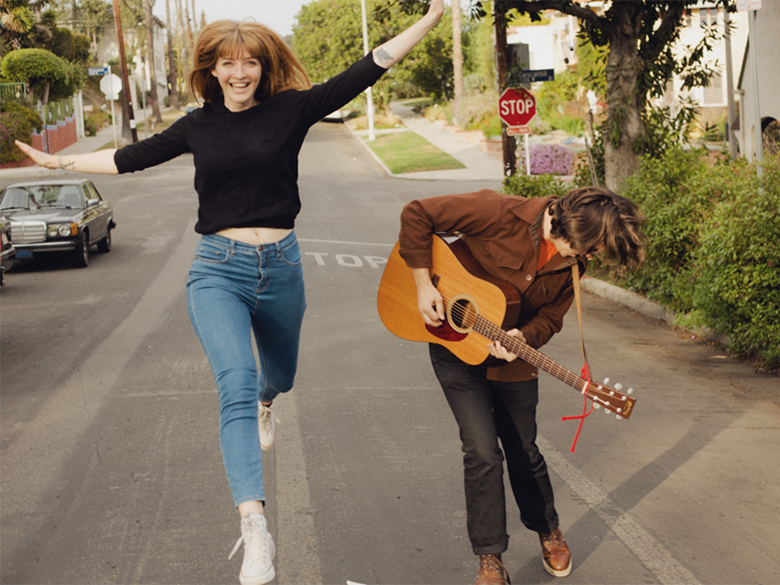 La Sera's set at TBD might have best represented the music discovery ideal of the festival. The band didn't draw a crowd as much as captivate passers-by, keeping them from moving on to the shops; stopping those moving between main stages. Much like diving through a record bin and drawing up a great unexpected find, the crowd for the La Sera set may not have known what they were going to find but walked away convinced.

Cool and confident as the members of La Sera ripped through versions of tracks from the band's latest record Hour of the Dawn. In spite of a year full of shows promoting the record (not to mention the years previous) pre-show jitters still crop up.

Goodman got her indie bona fides during her time with powerhouse pop group The Vivian Girls and has been leading La Sera since 2009. In that short time has released three records of outstanding bedroom pop. Goodman explains that the period between records wasn't filled with relentless inspiration.

La Sera returns to Sacramento on October 28th while on tour with King Tuff.