Crocker Curation: The Provoke Era: Japanese Photography from the Collection of SFMOMA 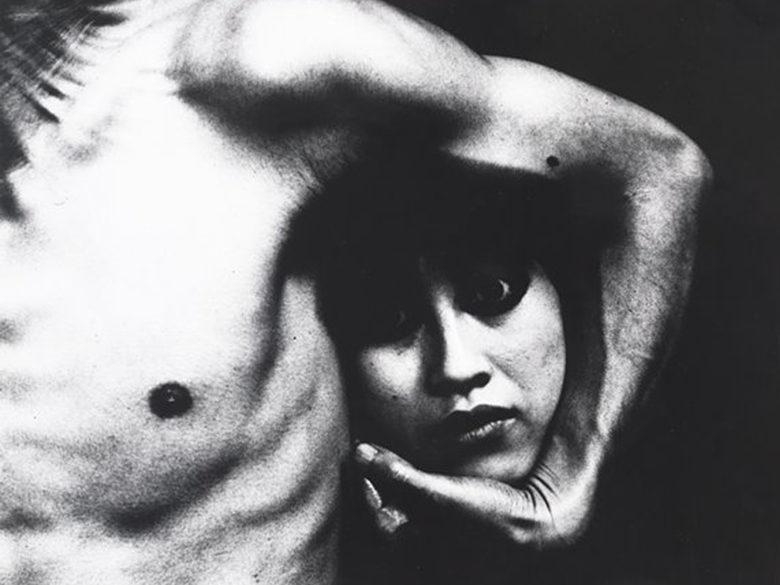 Songs were selected that reflect the uncertainty inherent in a defeated empire as it searches for a new destiny, as well as the personal moral ambiguity that many Japanese found themselves wrestling with at the end of WWII.

Individuals were mourning the loss of family and friends and the sense of national identity and moral clarity. Included are two pieces from Toru Takamitsu, one of post-war Japan’s most distinguished composers: “Itinerant,” a work for solo flute, and the orchestral piece “A Flock Descends Into the Pentagonal Garden.”

“Dharma at Big Sur: part I” by John Adams and “Sunrise” by Ferde Grofe are included as songs that are still somewhat ambiguous in tone (the Adams work more so than Grofe), but also feature a glimmer of hope to signify the bright future that we now know was dawning in Japan in the second half of the 1940’s.

Songs by Tom Waits, Explosions In the Sky and Brian Eno are also featured, along with a song by the Dave Brubeck Quartet titled “Fujiyama (Mt. Fuji)” from the album Jazz Impressions of Japan.

The Provoke Era: Japanese Photography from the Collection of SFMOMA is on display at The Crocker Art Museum through February 1.

1. Tom Waits “Everything You Can Think” Alice

2. Explosions In the Sky & David Wingo “Hello, Is This Your House?”
Prince Avalanche: An Original Motion Picture Soundtrack