Chalk It Up: Musicians And Artists Add Some Color To Fremont Park This Weekend

The Chalk It Up Festival has Fremont Park covered in sidewalk chalk murals and filled with live music from Sacramento artists. The festival, which raises money for the funding of arts in education, is in full swing this Labor Day weekend.

If you’re coming for the art, stick around for the music; the festival lineup features more than 30 bands as diverse as the chalk art adorning the sidewalk.

Jerry Perry, director of the festival, has been booking and producing musical events in Sacramento for 30 years now.

Perry said he mostly books local groups for Chalk It Up, but also enjoys recruiting, “…some of the really cool bands from up and down, from San Diego to Seattle.”

Perry is excited for one band in particular.

“Musical Robot, they’re a children’s band. But they’re still very funny,” he stated. They’ll be playing at 4 p.m. on Monday. “We’ll see what power they wield over the drunken park dwellers. It should be fun.”

Derek Fiegh and Allison Jones of Pets, a local Sammie Award-winning pop group, performed at the festival on Saturday. Their sound is laden with reverb and characterized by a high-energy, punk edginess. After the set, Fiegh and Jones described what they like best about Chalk It Up.

“Bands that are just starting out, Jerry puts them on so people get to hear them who haven’t heard them before,” Fiegh said.

Jones added, “We all do it just because we like Sacramento.” 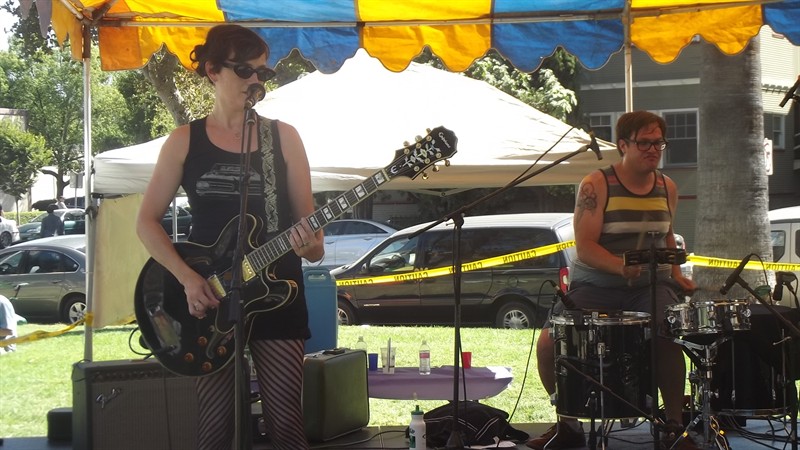 Audience members surrounded the stage either sprawled out on the grass or seated on picnic blankets and lawn chairs. Sporting a blue pair of headphones, six-year-old Ryder Rudgers was a particularly energetic listener, standing only inches away from the stage.

His mother Elisa Rudgers gestured to her son.

“He’s really the reason why I’m out here because he’s a massive, massive music fan and this is an all-day, family friendly event,” she said. “So we just get it all here, and it’s free.” 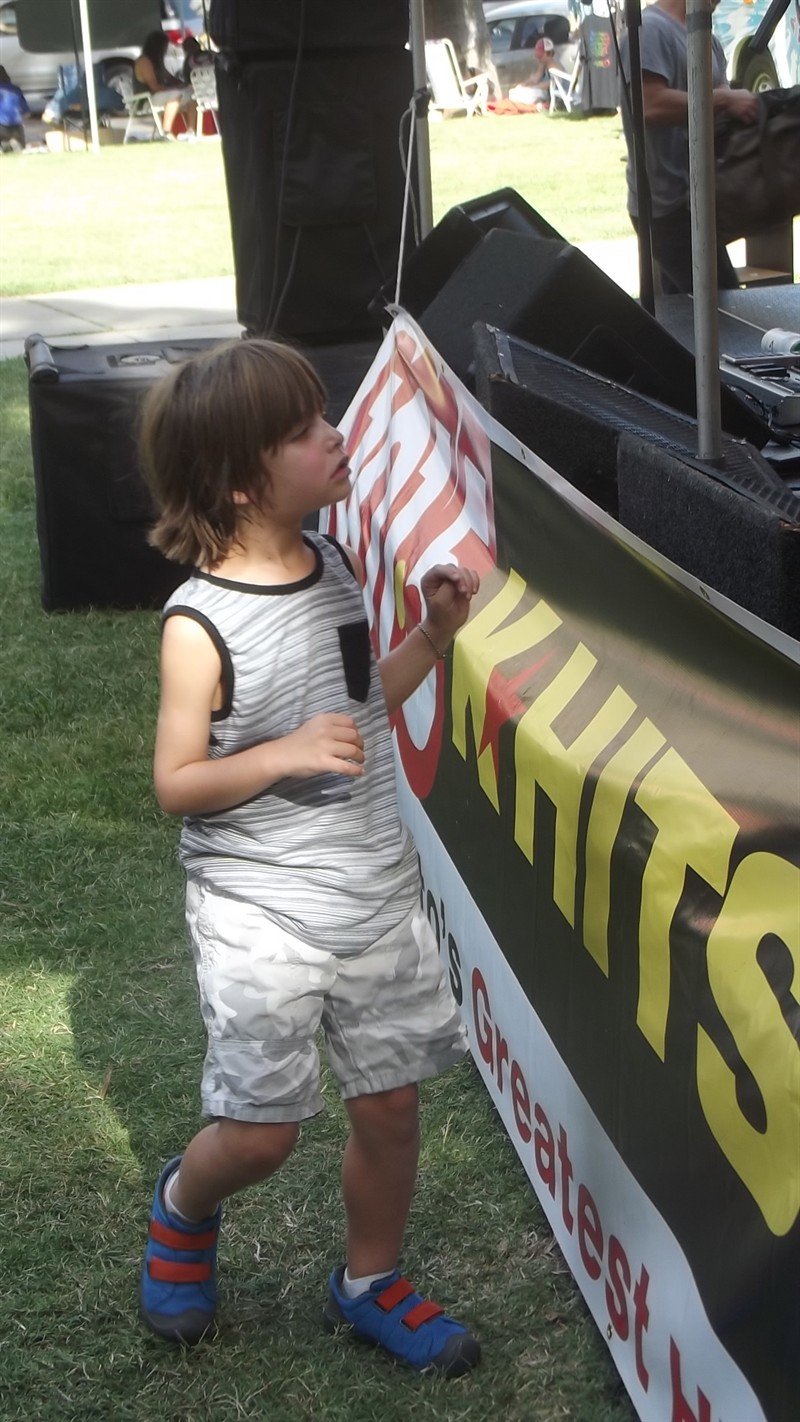 The Sunday and Monday musical lineup offers a variety of Sacramento favorites, including Musical Charis, Bellygunner, Shoujo Kitten, Kevin Seconds and Sneeze Attack. So bring your family, bring your friends, and come on out to Chalk It Up from 10 a.m.- 6 p.m. this Labor Day weekend and support the arts in both education and the community.