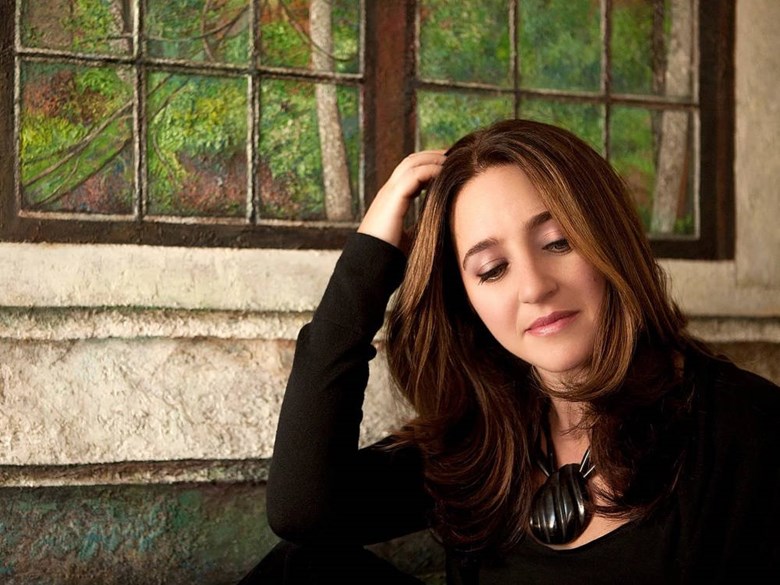 Classical pianist Simone Dinnerstein is a star in the classical music world. It hasn’t always been that way, however. Dinnerstein took the initiative.

In 2005, she made a recording of J.S. Bach’s iconic work, Goldberg Variations, on her own, without the benefit of a major record label.

“I basically did it the way an indie rock band does it; where they make their own recording,” she says.

Dinnerstein says that the recording came about because she’d been performing the Goldberg Variations for some time and was looking to document how she was playing them.

“I spent a lot of time really preparing for that recording,” she says, “I think in a way that I’ve never prepared for any recording in my life.”

Among other things, Dinnerstein said she took private yoga lessons.

Dinnerstein’s interpretation of Bach’s masterpiece garnered lots of attention, and her recording was ultimately picked up by the Telarc label. She became an instant sensation and is in high demand as a soloist.

Her success led to a recent unexpected encounter: Philip Glass invited her to his home for breakfast.

Dinnerstein was floored. She had no idea she was on dining terms with the legendary composer. She knew Glass' assistant, and it was through him that this surprise meeting had come to pass. Over breakfast, the two discussed the possibility of Glass writing something for Dinnerstein.

“It was after that I thought of the idea for a concerto with string orchestra,” she said.

To commission the new concerto from Glass, Dinnerstein — self-starter that she is — pulled together a consortium of 12 smaller orchestras from cities around the U.S. and Canada to pay for the work. Each of the groups will get a performance in its respective hometown.

Dinnerstein describes the new concerto as “lyrical” and “lush,” and the piano isn’t necessarily the star. She says for Glass, it’s all about the ensemble.

“I think he’s treating that piano as another string instrument in the orchestra.” Dinnerstein says. “One of the biggest challenges with playing this piece, and this is a challenge for everyone, is being very present and listening because a lot of it is slow moving and you can’t lose your focus.”

Glass has been one of this country’s most influential composers for more than half a century. When I tried to compare Glass’ later works with his earlier output, Dinnerstein had a broader perspective.

Simone Dinnerstein and San Francisco’s New Century Chamber Orchestra, one of the twelve orchestras to help commission the work, perform the west coast premiere of Philip Glass’ Piano Concerto No. 3 Wednesday May 16 at 8 p.m. at the Mondavi Center in Davis.