Artist of the Week: Mitsuko Uchida 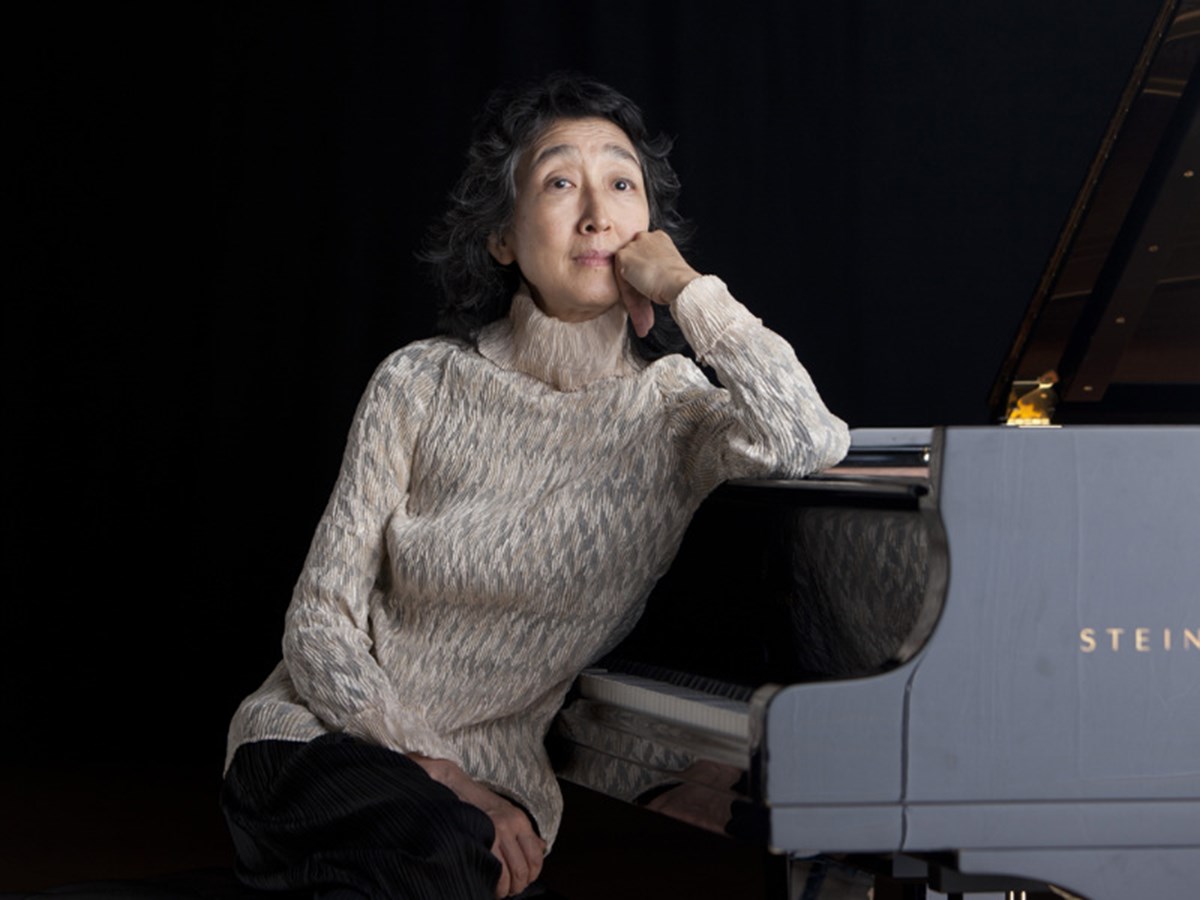 I am a lifelong Mozart fan. I love listening to Mozart and even more than that, I love to perform Mozart. If there is one thing that I have realized about Mozart, it’s that while his music might look easy on paper, the rabbit hole one travels down learning it is infinitely long.  As musician and music appreciator, I have only scratched the surface of his genius. Therefore, you can imagine my delight when, in researching one of the most accomplished Mozartians out there, I discovered she says the same thing!

Mitsuko Uchida describes Mozart to The Guardian as someone who will always keep his distance. “[Y]ou can't get close to Mozart! You can get closer and closer to what he is doing, and you can hit him for a hundredth of a second now and then - but then he goes, and you have to let him go.” Meaning, you can practice and perform Mozart for a lifetime, but there will always be something new to discover within his music.

FINDING HER OWN VOICE

Born in Tokyo in 1948, Uchida began listening to Mozart as a child thanks to her father’s expansive record collection. Uchida's own interpretations of Mozart are now necessary additions to music libraries everywhere. In the 1980s, she committed to recording all of Mozart’s Piano Sonatas. Last year, Uchida finished a project with the Cleveland Orchestra in which she recorded the classical icon’s entire collection of piano concertos.

Uchida has an unmistakable sound while playing the piano. Her touch is subtle yet effective, and she always longs to be a part of the music as opposed to standing out as a soloist. That's one of the things Uchida loves most about playing Mozart. As she told Classical FM, “The music is like an ongoing conversation between the piano and the orchestra. Either one might take a different line on this idea or that one, but the general mood is one of mutual agreement.”

Partnership has always been Uchida’s forte. Every summer she teams up with some of the greatest musicians in the world at the storied summer music institute, Marlboro Music in Marlboro, Vermont. Uchida has served as Artistic Director of the 67-year-old festival since 1999. This year, she’ll oversee some 80 musicians for seven weeks as master artists collaborate closely with emerging professionals, swapping ideas and rehearsing nearly 250 chamber works.

For Uchida, music is without a doubt a team sport. She loves to accompany other instrumentalists. In fact, she says the top three things she does, in order, are: accompany German Lieder (see video below); play chamber music; play solo piano.

Uchida says her greatest musical connection is to Schubert; she loves performing Beethoven and she is looking forward to one day tackling Bach. And who knows? Perhaps, there is some 6-year-old girl or boy listening to one of Uchida's Mozart recordings right now and falling in love with the music!

Here are the works featuring Mitsuko Uchida that we'll be showcasing on CapRadio this week during Morning Classical (6-10 a.m.)

W.A Mozart: Rondo for Piano and Orchestra in D Major

Mozart: Piano Concerto No. 21. I. Allegro