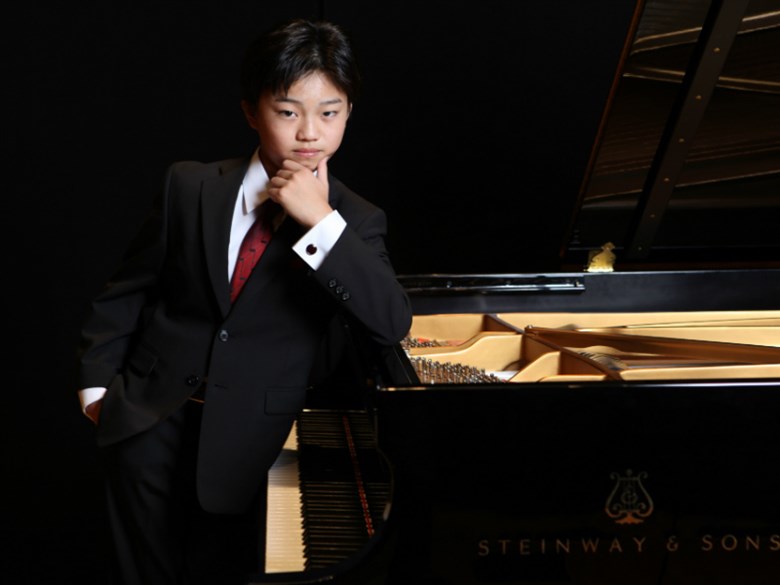 Like most musicians of his caliber, Ray Ushikubo works very hard and has a deep, undeniable love of his craft. The difference between Ushikubo and most of his peers is that he's just fifteen years old. He has been playing the piano since he was five and had his first professional gig at ten. He has performed at Carnegie Hall and alongside the Los Angeles Chamber Orchestra. Ushikubo wasn't introduced to music by his mom or his dad. He drew inspiration from a popular Japanese TV drama called Nodame Cantabile, in which the main protagonist was a pianist, violinist, and conductor.

Like his fictional hero, Ushikubo is also a violinist. He says he puts in eight hours of practice every day, dividing time evenly between the two instruments. Practicing isn't the most fun for Ushikubo, but he really likes getting better. “To improve is such a fun thing," he told me. "It feels so awesome.” None of it, however, compares to the actual performance. He describes being on stage as "the best feeling ever!”

Ushikubo took the stage at the Gallo Center for the Arts playing George Gershwin's Rhapsody in Blue with the Modesto Symphony Orchestra on Oct. 14 through 15.

Ushikubo says he loves Gershwin's well-known piece because of its mixture of jazz and classical elements. He says it was fun to learn the different rhythms of jazz and blues. Ushikubo says he doesn’t play much music outside of the classical genre, though he did profess an affinity for seventies rock. He told me two of his favorite bands are the Beatles and Hall & Oates. This young man certainly has an old soul's taste in music.

When he's not on the road, Ushikubo attends the Colburn School Music Academy in Los Angeles.