Sacramento County’s homeless population soared to nearly 9,300 people over the past three years, the region’s highest total on record, according to the 2022 Homeless Point-In-Time Count, a biennial report published on Tuesday. The 67% increase coincides with a housing affordability crisis that’s worsened in each of the past three years.

Elected leaders and advocates for unhoused residents say the results from the count serve as yet another call to action for addressing the area’s homelessness problem, which has only grown in size and visibility on sidewalks, along riverbanks and under freeway overpasses.

“Life has become unaffordable for many people and many families,” Mayor Darrell Steinberg said in response to the new numbers. “It is the cost of living and specifically the high cost of housing, where our increases of rent are higher than in other parts of the country.”

Sacramento County’s most recent count in 2019 found more than 5,500 people were homeless, also an increase from a prior report. The survey is organized by the nonprofit Sacramento Steps Forward and usually takes place every two years but was canceled last year due to the pandemic.

This year’s report is the result of surveys conducted over two nights in February by 500 volunteers who canvassed shelters, streets and encampments countywide. Communities across the nation complete similar surveys to help determine how much funding local agencies receive from the U.S. Department of Housing and Urban Development for homeless services.

The Sacramento County report was produced by staff at Sacramento Steps Forward and researchers at Sacramento State University. They say their survey provides only “a snapshot,” and not a complete look at the region’s homeless population. Instead, it is an approximation based on surveys over two nights.

In a separate analysis, they concluded that between 16,500 and 20,000 different individuals will experience homelessness over the course of one year in the county, with some entering and exiting homelessness in the same year.

Here are some of the report’s key findings:

Andrew Palmer is among the county’s newly homeless residents. He’s been unhoused since last July and says while the region needs more homeless services, it also needs to improve existing programs.

Palmer, who said he grew up in the Sacramento area, said he tried staying at a local shelter but left after witnessing assaults, drug-dealing and unsanitary conditions.

“I got eaten alive by bedbugs,” the 30-year-old said during a May interview near the American River Parkway, where he now camps in a tent. “The food is kind of like slop. I feel like I’m better off kind of fending for myself. It’s not really safe, there’s a lot of fights going on in there.”

Bob Erlenbusch, executive director of the Sacramento Regional Coalition to End Homelessness, said the report is a heart-wrenching reminder of the struggle that remains. 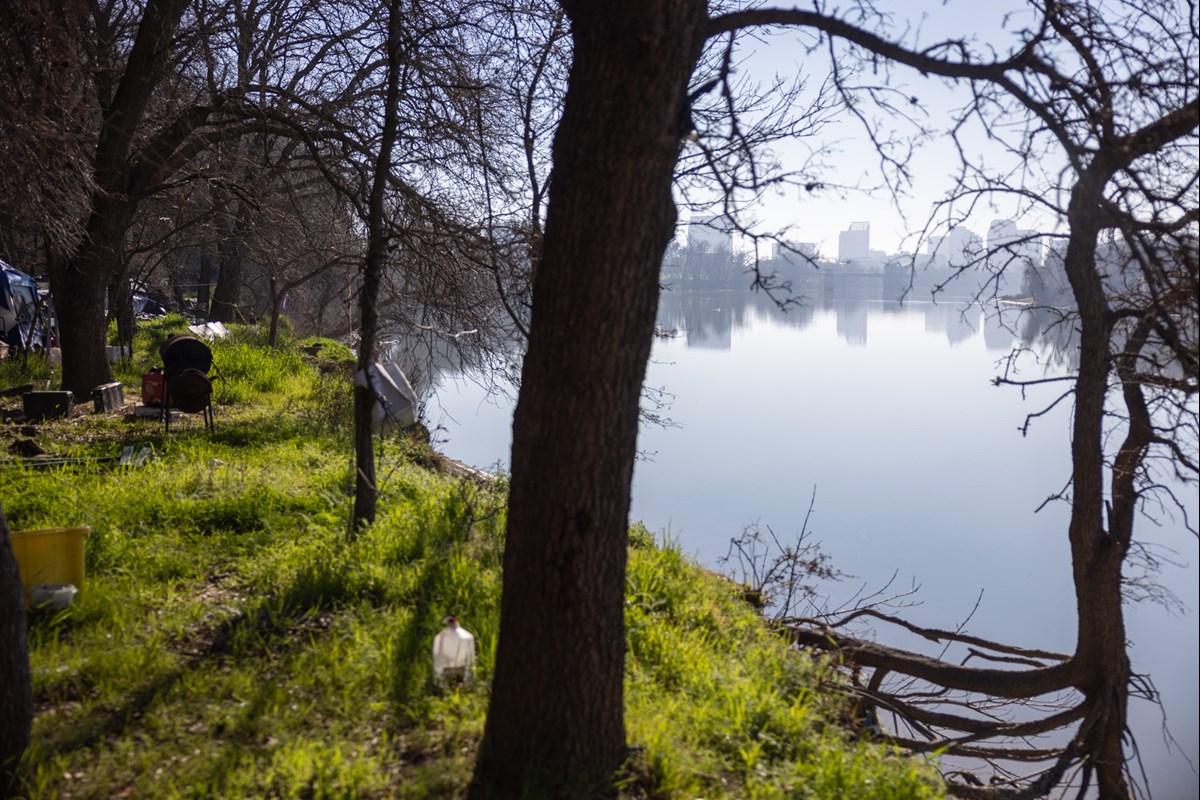 Erlenbusch said local governments need to do more, while holding on to some pandemic-era initiatives. He pointed to Project Roomkey, a statewide program that housed hundreds of homeless people in motel rooms to protect them from the spread of COVID-19.

For the past several years, Sacramento city and county elected leaders have agreed that more urgency is needed, but they’ve struggled to match that call for action with results.

Advocates and community leaders say the city must move faster in making its comprehensive homelessness strategy a reality. That plan would add thousands of temporary shelter spaces — from tiny homes and respite centers to safe camping and parking sites — at 20 locations citywide. It was spearheaded by Steinberg with the goal of ensuring sites open in each council district.

But after opening two outdoor sites in early 2021, it took the city nearly a year to open a single new outdoor homeless shelter. City staff and council members blamed layers of red tape, neighborhood opposition and concerns from unhoused residents.

In February, Sacramento County supervisors declared a shelter crisis to speed up the development of homeless shelters. It took the board until June to approve its first site, which will consist of 100 tiny homes on a plot of land in South Sacramento.

The $7.6 million project will be the county’s first “Safe Stay Community,” offering services from meals and laundry to case management and 24/7 security.

Sacramento County Supervisor Phil Serna represents the central Sacramento district, which includes the county’s largest concentration of unhoused people. In a written statement, he criticized the survey, saying “it continually undercounts the actual numbers of individuals and families suffering homelessness.”

Serna did not respond to a follow-up question asking what local governments should do to address the crisis. 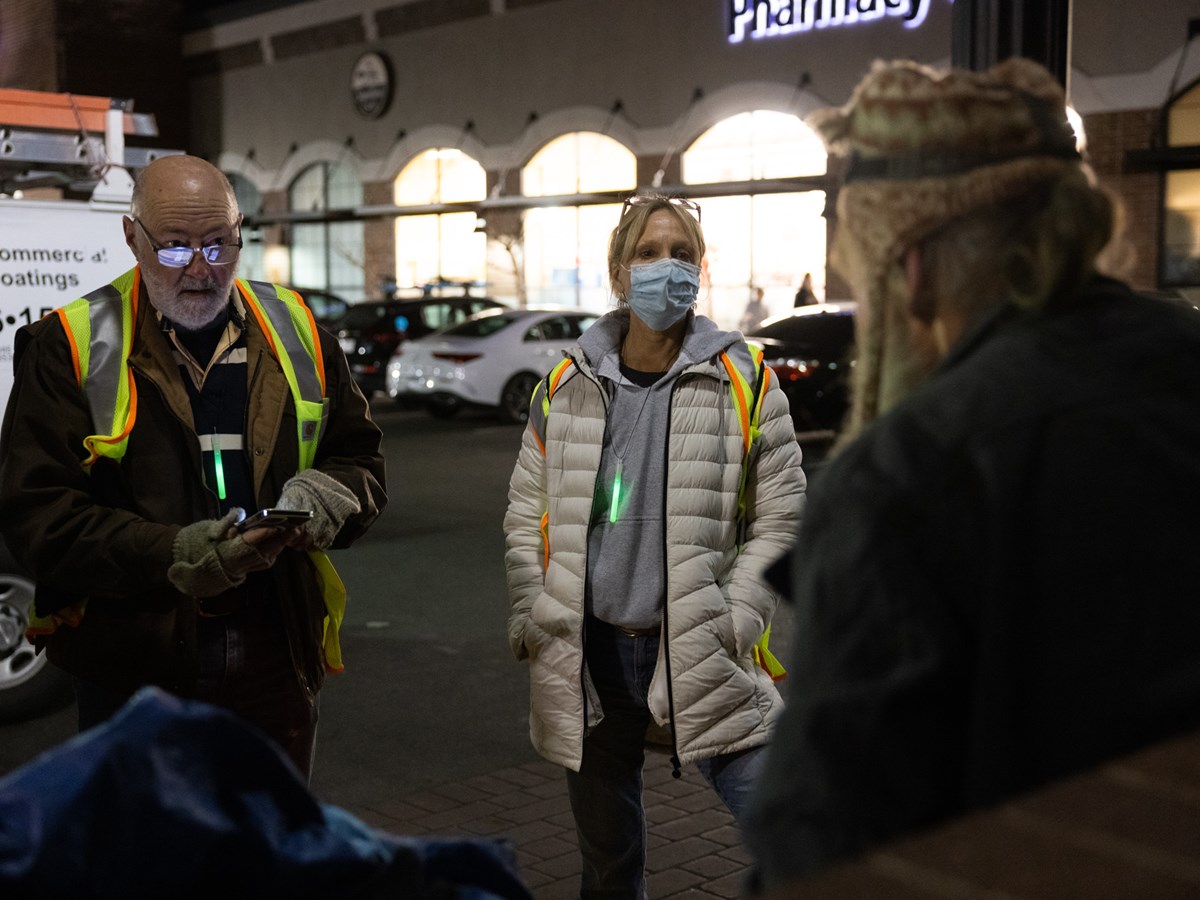 As the number of unhoused people increases and shelter spaces remain hard to find, city and county leaders have pushed to remove encampments from as many public places as the law — or voters — will allow.

In April, City Council placed a measure on the November ballot that would make public camping illegal, though only if a person rejects the offer of an available emergency shelter space.

Sacramento has roughly 1,100 shelter spaces. All of them are typically full and are far short of what’s needed for the city’s homeless residents. The measure would force the city to approve and build thousands of homeless shelter spaces.

Meanwhile, the county overall has approximately 3,400 shelter and housing beds for people experiencing homelessness, according to a report from the nonprofit California Housing Partnership.

Next month, the Board of Supervisors is set to vote on an ordinance that would ban camping near areas the county deems “critical infrastructure,” such as levees, police and fire stations, jails, hospitals and courthouses. Camping in areas at risk of wildfire or floods would also be off-limits, as would locations outside overnight homeless shelters.

The final county ordinance could be even more expansive. Supervisors suggested this month the ban should also outlaw unhoused people from camping near schools, libraries and parks, though they acknowledged it’s not clear the county can legally do that.