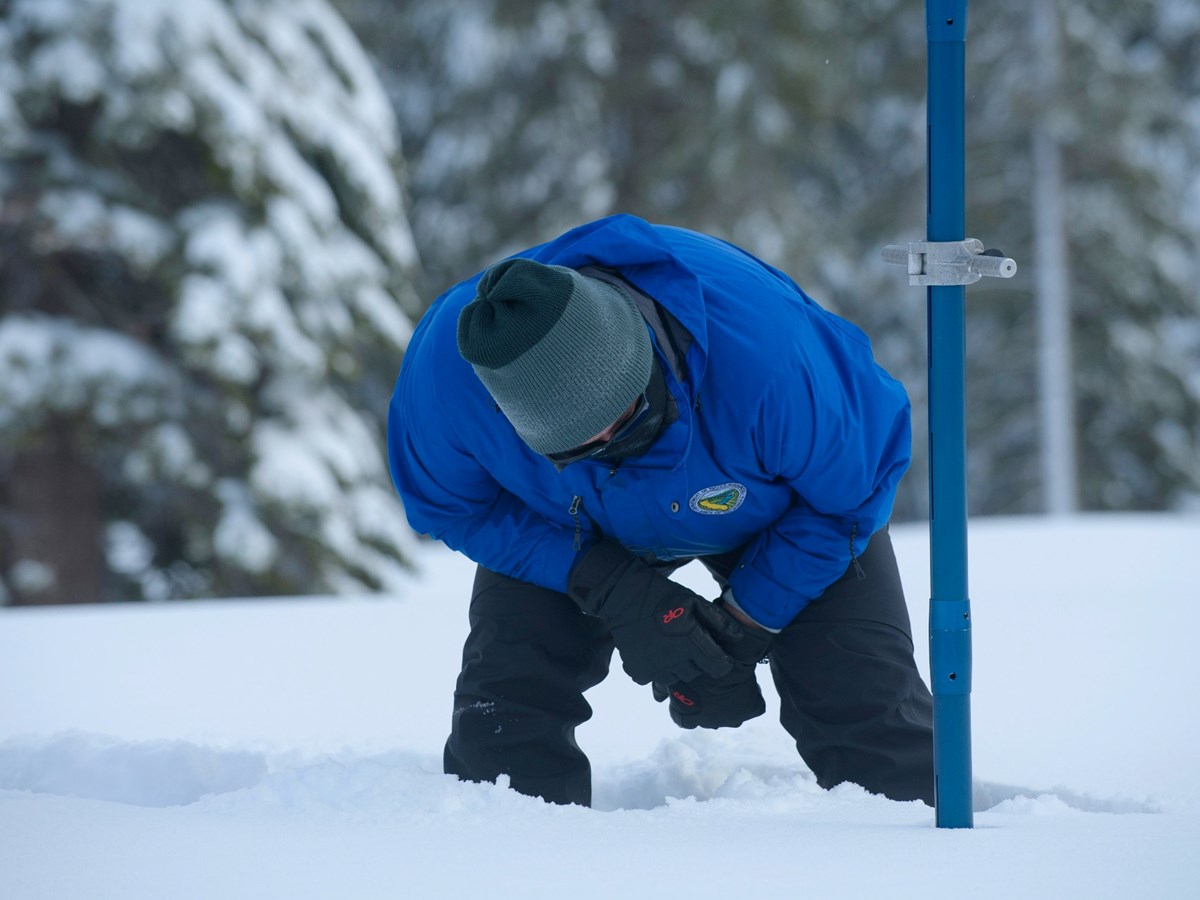 Sean de Guzman, chief of snow surveys for the California Department of Water Resources, checks the depth of the snow pack during the first snow survey of the season at Phillips Station near Echo Summit, Calif., Thursday, Dec. 30, 2021.

Don’t schedule the ‘drought’s over party’ just yet. That’s the message from California water officials on Thursday, despite the promising results of a key Sierra snow survey.

At 78.5 inches, the snow depth at Phillips Station is double the average measurement at that location. But officials warned of wet starts that have fizzled.

“Even though rain and snow are currently above average”, de Guzman added, “this drought is still far from over. Most of our reservoirs are still below average and our groundwater is still recovering. We still have a long way to go for our wet season, and we need more and more of these storms to keep coming through.”

De Guzman told the handful of reporters present for the measurement — which has been conducted since 1940 — that 2013 started out wet, but after the new year, the precipitation stopped, resulting in one of the driest years on record.

The statewide sensor network puts the current snowpack at 160% of average. Earlier this week,  water resources officials began releasing water from Folsom Lake, but they say the state’s largest reservoirs remain around just at one-third full.

The recent storms that were responsible for dumping feet of snow in California also had a big impact on the eastern side of the Sierra. Chris Smallcomb, a meteorologist with the National Weather Service in Reno, told Reno NPR member station KUNR that precipitation is ahead of this time last year.

“If you look at just the eastern Sierra as a whole, basically from Tioga Pass all the way up to Truckee and you look at the snowpack information there, we’re actually already ahead of where the peak was for snowpack last winter,” Smallcomb said,

He said that the eastern Sierra is also two-thirds of the way to what’s typical for peak snowpack in March or early April. But he, too, says it’s too early to predict future precipitation, especially in a La Nina winter.