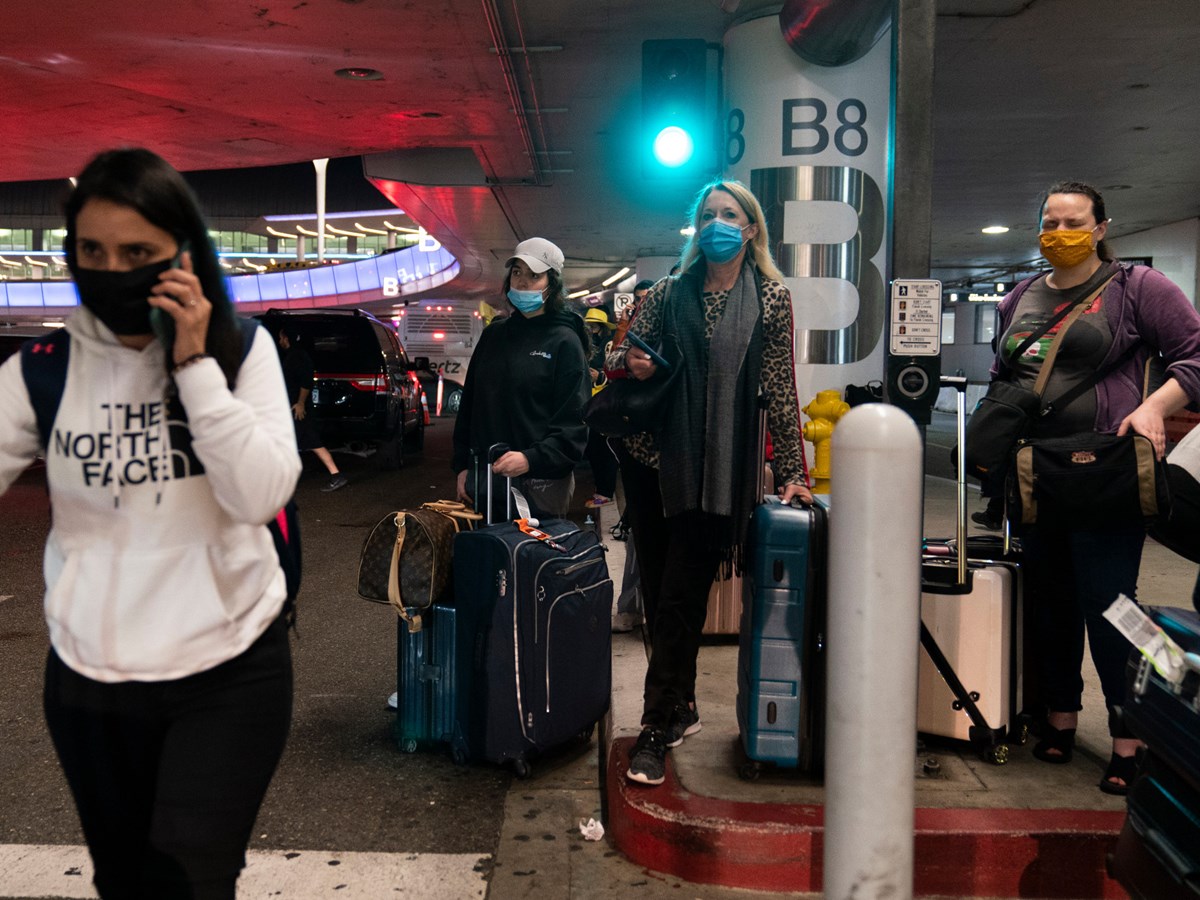 The first case of the omicron variant of COVID-19 was found in San Francisco last month, according to state and local health officials. It marks the first known case of the contagious variant in the United States.

Gov. Gavin Newsom on Wednesday said the person who tested positive for the variant was a traveler who came back to San Francisco from South Africa on Nov. 22 and later developed symptoms.

Officials say the person was fully vaccinated, has mild symptoms and “is self-quarantining and has been since testing positive,” the California and San Francisco departments of public health said in a statement. “All close contacts have been contacted and have tested negative.”

“We must remain vigilant against this variant, but it is not a cause for panic,” the two health departments wrote in a joint statement. In response, California will increase testing at airports for travelers arriving from “countries identified by the Centers for Disease Control and Prevention.

“We recognize that everyone is exhausted, and the news of a new variant can be overwhelming,” CDPH and SFDPH said. “It is important that we collectively focus on the things we know prevent the spread of COVID-19, and its variants” like getting vaccinated, getting tested and wearing a mask.

For now, Newsom said he doesn’t believe omicron will force school or business closures in California as long as case rates remain low.

Where the variant originated is still unclear.

The variant was first detected in the Netherlands in late November, then several cases were announced in South Africa, a country that had seemingly begun to get its COVID-19 cases down.

South African officials raised the alarm about a variant labeled B.1.1.529 on Nov. 24. Two days later, the World Health Organization classified it as a variant of concern and dubbed it omicron.

The global health agency says the variant poses a "very high" risk because its high number of mutations could help it spread more easily — and possibly infect people who might otherwise be considered immune to previous variants.

In an interview with CapRadio’s Insight on Nov. 29, Dr. Dean Blumberg, the chief of pediatric infectious diseases at UC Davis Health, predicted that the variant was likely already in California.

“There's so much travel these days. We're so interconnected with the rest of the world that one case anywhere results in risk everywhere,” Dr. Blumberg said. “And so I bet it's in the U.S., I bet it's already in California. And if it's truly more contagious, then it's going to end up being the dominant strain, more dominant than delta.”

Blumberg said there is much we still don't know about this new variant, including exactly how much more transmissible it may be or if cases will be more or less severe than previous strains. He said while it is likely existing vaccines will be less effective against omicron, getting vaccinated is the best way to protect yourself from infection and severe disease.

Blumberg encourages everyone to be at least fully vaccinated, and for people older than 65 or at risk for serious disease to get a booster.

As of Nov. 30, 76.3% of people eligible have been vaccinated in California, according to the CDPH. At this time last year, the coronavirus vaccine was just becoming available and just 10 people were fully vaccinated in the state. Public health experts have stressed that vaccination is the best way to protect yourself and others.

Omicron has spread rapidly in South Africa over the past two weeks, hitting at least seven of the country’s provinces and quickly becoming the dominant variant. Because of that, some researchers worry that omicron could become the most infectious variant so far.

Several omicron cases have been confirmed in European countries, including the Netherlands, Belgium, Denmark, Germany, Italy and Portugal, according to the European Centre for Disease Prevention and Control. It’s also been found in other places, from Hong Kong to Israel.